A Break in the Fence 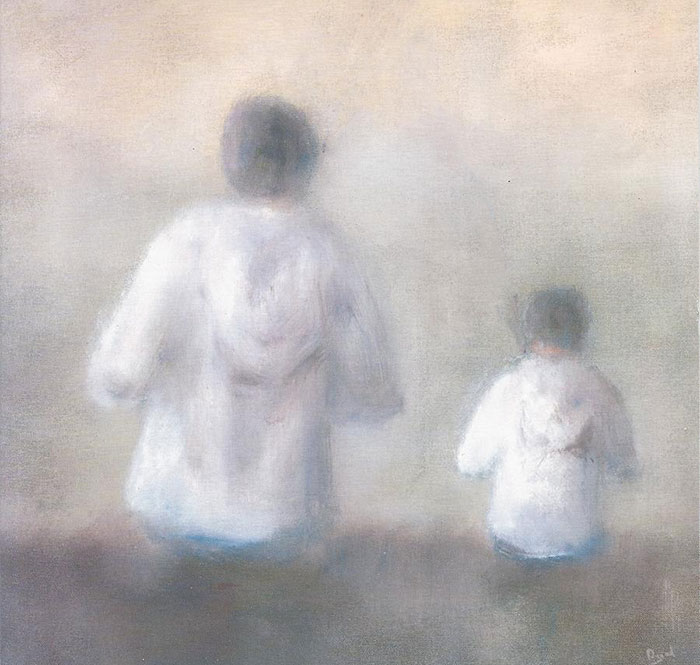 A Break in the Fence

Once I ran away. It was in kindergarten. I had known for some time that the fence between the schoolyard and the adjoining public park had fallen over. A thicket of oleander grew behind it. One day at noon I stood in front of the opening and saw that I could pass through it and leave. I couldn’t understand why all the other children had not passed through the opening. I felt no fear, nor a particularly strong desire to escape the kindergarten. It was not especially bad but mostly a little boring. I stepped over the loose wire and pushed my way through oleander branches, then found myself on a small path in the Pardes Hanna public park , which was planted around the Yad Labanim memorial.

I can clearly remember the cool breath of freedom that touched my face and the odd, fresh notion that attended it – I am alone. I walked quietly and left the public park, then turned onto the street of the palms and from there to the main village square. By Café Simone, in the open sandy space next to the pharmacy, some horses stood harnessed to their carts, and in the café sat the newspaper man Kovalik who scared me a little because I had once seen him lying on the road rolling around by his black tricycle with white foam coming out of his mouth, and Mom, pulling me aside, had explained that he was an epileptic.

“Go home,” said Kovalik and turned back to his newspaper.

I knew that no one knew where I was, and I was feeling untethered. There was no happiness or joy in it, and no anxiety either, but rather peace and an alert wakefulness. I went to get a good look at things that had caught my eye a couple of times before, when I had gone to town with Mom or Dad: to see the tinsmith’s shop and the fishmonger’s.

The tinsmith’s shop was the most fascinating of all market shops in town. Besides the basins and buckets that he would make, there were also funnels and brushes and a great garland of loofahs, and most importantly: a marvelous set of kerosene burners and primus stoves. The primuses shone in their burnished copper and stood like an entire family according to size – from the smallest one to the enormous father primus, which was thick all over; that is, every part – the legs, the pipes, the hinges and rings, slender and fragile in the small primuses, grew and grew in proportion till in the largest primuses they were looking very coarse indeed but also very beautiful and dangerous. What a great, noisy flame they were to make.

Having satisfied myself with all the shiny devices, I walked over to the smelly fishmonger’s, where I had never been allowed to linger by the carp pool and watch and watch the breathing fish, swimming with such beauty, so alive, so desirous, so packed together, twisting around each other in a never-ending dance.

“Where’s your mom?” asked the fishmonger who came to catch a fish with a net in his hand.

“Go home,” he said, and a cigarette sticking to his lips, to the side of his mouth, trembled as he spoke.

He caught a big fish. I didn’t go. I watched, mesmerized, as the hunted fish flapped about with frightening force inside the net. Never before had I seen such a thing and never had I imagined that this is what was done with these fish. The fishmonger took the flapping, struggling fish in his hands and slammed it on the filthy wooden board that lay on his workbench, held it there with his left hand and picked up a big thick hammer with his right and dealt a terrible blow to the fish’s head. The fish flapped a terrible flap, which inexplicably carried directly into my own body. The fishmonger hit it again, and this blow as well carried into my head. I stood riveted. I remember how the choking feeling built up  in my throat and stayed there throughout that day, then rose up again so many times later.

The fishmonger turned the dead fish around, picked up a large knife and slashed its stomach open. Every movement, every act and every detail from the opening of the fish’s gut and the pulling out of its intestines made the horror more thunderous. Yet I could not budge. Only when the slaughtering was done and the fish was packed in newspaper did I walk away with difficulty. My entire body was trembling with  weakness. I wanted to go home and could barely walk.

Slowly I crossed the expanse of the market and then moved on to the grove by the wadi, through a large pile of feathers – feathers plucked from plenty of chickens slain in the nearby slaughterhouse and thrown away here by the trees by the wadi by the donkey and horse yard, and the smell of filth that suffused the place – a place of corpses and garbage and junk: shoes, rusted broken machinery, chopped-off chicken heads and feet. Then, on to the wadi itself, the dry channel growing deeper, twisting around the trees in the grove all the way down to the bridge.

I crossed the bridge crawling. For some reason, I chose to cross it from below, inside its culvert, in a crawl, and then emerged by our field, the wide field between the street of the pines and the houses beyond the wadi with the eucalypti to the west. From the wadi I went up the main lane of the field, peppered with the footprints of beetles, tortoises and birds, and then onto the dirt road which was our street, where, as always, I took off my sandals and walked home barefoot.

Suddenly the black truck stopped by my side and Dad stepped out very angry.

“There you are. Where were you? The kindergarten teacher said you ran away. How could you?!”

He almost shouted as he spoke. Then, in a grave descending tone, the very worst was uttered:

“This I did not expect from you.”

And he said no more.

I climbed quietly into the truck, and Dad drove us the rest of the short way home. My eyes welled up. My innards burned.

“I am angry with you,” Dad said, and my silence grew, hurting and rising from my gut to my chest. I turned towards Dad. There was nothing but anger and utter gravity in his face, and he did not look back at me. Something settled at the edge of my throat, something big and hard.

When we stopped at the house, just before opening the car door, I said in a whisper:

“You’re not my dad anymore.”

“What?” he asked, surprised.

“You’re not my dad anymore,” I repeated the words in a whisper.

He kept quiet for a moment, then smiled suddenly and said,

“This you cannot have, I will always be your dad.”

“And how will you do that?”

“I will go to the council and I will inform the head of the council that you are no longer my dad. It’s my decision” – I said in that same whisper, with tears in my eyes, bitter tears, of a step that cannot be unwalked.

Dad kept his silence and I repeated the words in a choked whisper: “It’s my decision.”

Dad looked at me in smiling seriousness, and then his face transformed and he said in a different voice, in complete earnest: “You’re right. It’s your decision.” Then he looked straight at me and offered me his large hand again and said: “Perhaps you will agree to delay your notice at the council, and maybe allow me to remain your dad for just a little bit longer?”