00.00
A Meditation Upon a Broomstick

A Meditation Upon a Broomstick 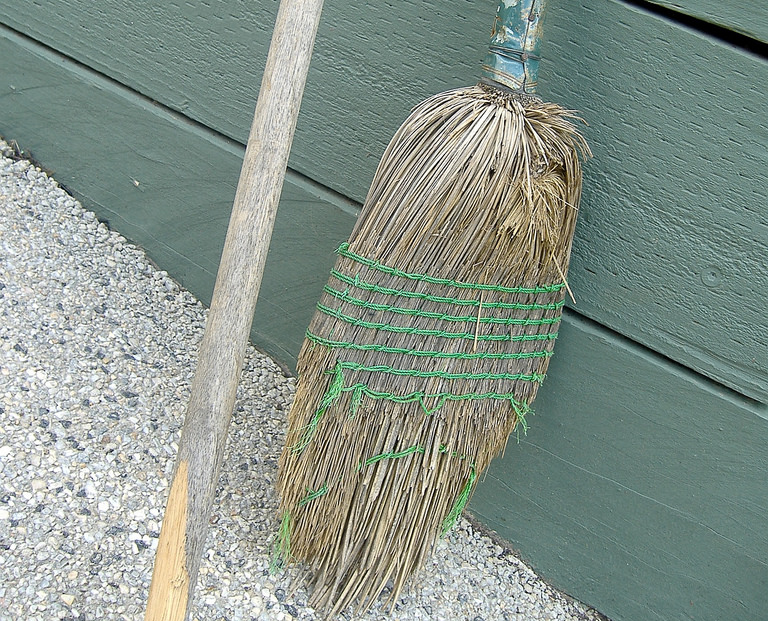 A Meditation Upon a Broomstick

According to the Style and Manner of the Hon. Robert Boyle’s Meditations.

This single stick, which you now behold ingloriously lying in that neglected corner, I once knew in a flourishing state in a forest. It was full of sap, full of leaves, and full of boughs; but now in vain does the busy art of man pretend to vie with nature, by tying that withered bundle of twigs to its sapless trunk; it is now at best but the reverse of what it was, a tree turned upside-down, the branches on the earth, and the root in the air; it is now handled by every dirty wench, condemned to do her drudgery, and, by a capricious kind of fate, destined to make other things clean, and be nasty itself; at length, worn to the stumps in the service of the maids, it is either thrown out of doors or condemned to the last use — of kindling a fire. When I behold this I sighed, and said within myself, “Surely mortal man is a broomstick!” Nature sent him into the world strong and lusty, in a thriving condition, wearing his own hair on his head, the proper branches of this reasoning vegetable, till the axe of intemperance has lopped off his green boughs, and left him a withered trunk; he then flies to art, and puts on a periwig, valuing himself upon an unnatural bundle of hairs, all covered with powder, that never grew on his head; but now should this our broomstick pretend to enter the scene, proud of those birchen spoils it never bore, and all covered with dust, through the sweepings of the finest lady’s chamber, we should be apt to ridicule and despise its vanity. Partial judges that we are of our own excellencies, and other men’s defaults!

But a broomstick, perhaps you will say, is an emblem of a tree standing on its head; and pray what is a man but a topsy-turvy creature, his animal faculties perpetually mounted on his rational, his head where his heels should be, grovelling on the earth? And yet, with all his faults, he sets up to be a universal reformer and corrector of abuses, a remover of grievances, rakes into every slut’s corner of nature, bringing hidden corruptions to the light, and raises a mighty dust where there was none before, sharing deeply all the while in the very same pollutions he pretends to sweep away. His last days are spent in slavery to women, and generally the least deserving; till, worn to the stumps, like his brother besom, he is either kicked out of doors, or made use of to kindle flames for others to warm themselves by.