A Prison Out of the Movies 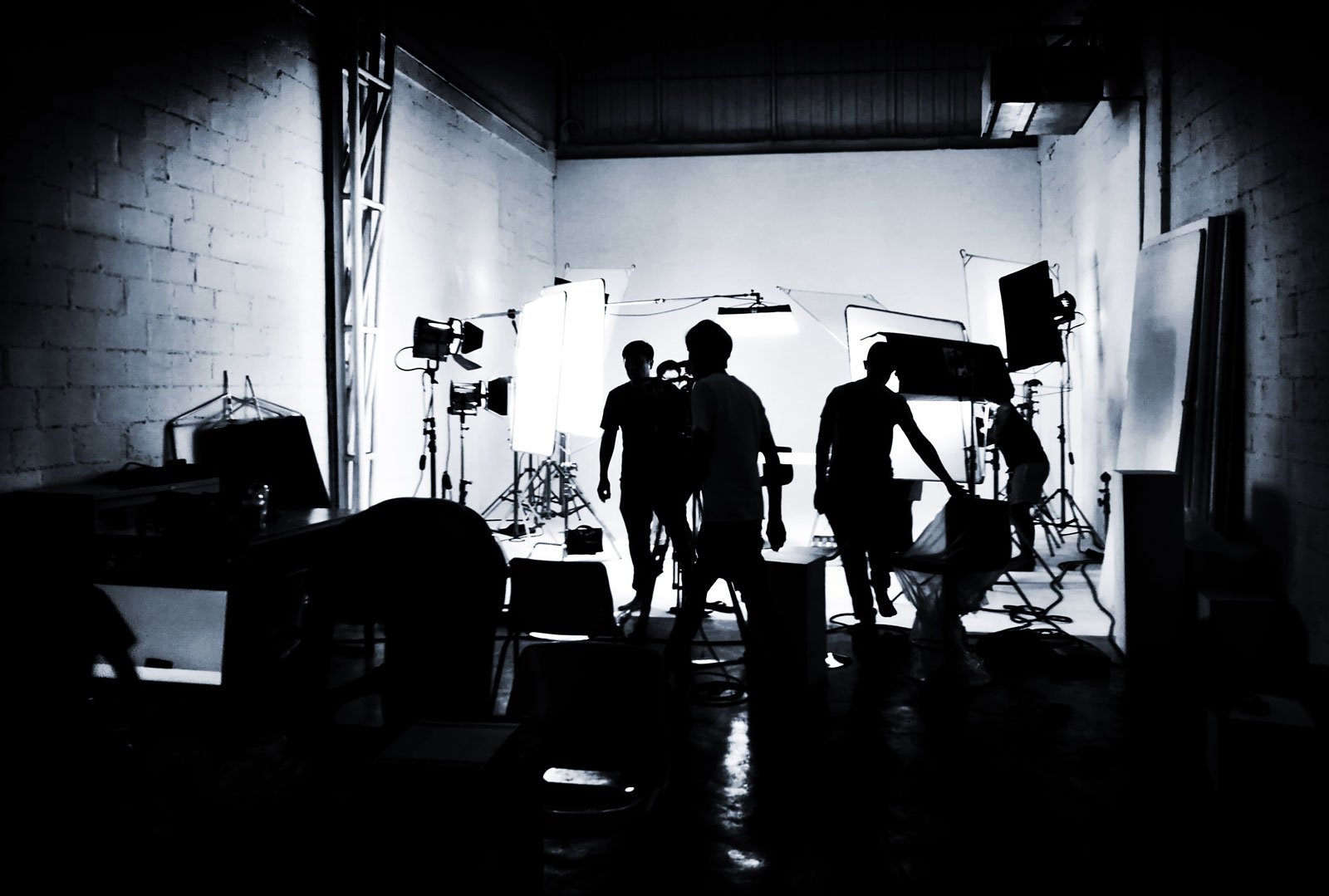 A Prison Out of the Movies

The transfer began at two in the morning, while a northerly wind blustered furiously outside. Some of the prisoners didn’t even have time to dress before the Federal agents burst into their cells. Shoving and kicking, they forced them to line up in the corridors, cover their faces with their arms and parade in front of a wall of soldiers who threatened to shoot them if they even dared to look up at their peers. All of them were shivering, some of them were worried about the welcome they might receive at their destination. Others were more confident; they’d already made arrangements at their new prison. Since mid-December, it had been rumoured that their current one would be emptied for a new Mel Gibson film, but this was flatly denied by the authorities even after the declaration of the closure of the facility due to its unsuitability for human habitation had been published in the state’s official gazette.

Almost a thousand prisoners were herded into rented buses and escorted by an army of Humvees to other prisons across the state. The doors of Allende prison remained open and dozens of women crowded around, waiting for dawn so they could find out where their loved ones had been taken.

Rodrigo was sent to the empty prison to check out the cells and photograph the graffiti the prisoners had left on the walls. Rats had taken over the halls, facing down any member of the public cleaning staff foolish enough to try to shoo them away.

When he remembers the sight, Rodrigo wrinkles his nose as though the stink were still in his nostrils.

“It was a pigsty. I don’t know how so many people could possibly have lived there, how they could eat at the stalls claiming to serve ‘tasty tacos’. It was so disgusting. You crossed the exercise yard and headed into a kind of nightmarish market. The wood was rotting, swarming with flies and cockroaches. It stank of drains and disinfectant.”

Rodrigo watched the police remove televisions, fans, cameras, and even industrial machinery. He also saw the women crying with receipts in their hands. The appliances they’d bought for their relatives and hadn’t even finished paying for weren’t on their way to their new cells.

“I spoke to the representative from Social Rehabilitation and asked him if the prison had closed because of Gibson’s film and he said no, it was being closed for health reasons. The fact that the transfer was happening at the same time as the start of filming was a complete coincidence.”

On the thirteenth of January, 2010, Fidel Herrera Beltrán announced to a conference of legal experts that several organized gangs had taken over the Allende prison and were planning a riot during which several prisoners would have their throats slit. Although he never identified the gangs in question, he insinuated that it was linked to the death a few months before of the founder of the Zetas, Braulio Arellano, aka El Gonzo or El Z 20, in Soledad de Doblado, a small rural town close to the port of Veracruz.

Although some protested (Representative Sergio Vaca, for example, described the transfer as a ‘Fidelism’ and declared that he would crucify himself naked if the building were ever sold. A transaction that, fortunately for everyone, never took place) the defunct prison was ‘loaned’ to Mel Gibson for the filming of How I Spent my Summer Vacation (which was released to little fanfare or acclaim in Mexico in 2012 under the name Atrapen al Gringo – Get the Gringo). The sum that Gibson paid for the loan was never disclosed.

And when the Municipal Director-General for Cinema was asked whether the prisoner transfer was carried out at the request of the Australian actor, he said, coincidentally, that the eviction of the prison and filming happening at the same time was a ‘complete coincidence’.

In early February 2010, Lalo had a day off so he went to a casting session for Mel Gibson’s film. He knew that they were looking for dark-skinned people with tattoos who’d been in prison. Lalo only met the first requirement, but he still got the gig. After queuing for five hours, they told him to come to the prison on the twenty-ninth of April at five in the afternoon and that he’d be paid four hundred pesos.

When he arrived, he learned that he was supposed to play a ‘civilian’. The extras also included ‘police officers’, ‘soldiers’, ‘prisoners’, and ‘reporters’. A friend of his, Eliseo, would play a prisoner: he’d ‘stayed’ at the Allende for a couple of weeks for stealing copper wire and the experience had secured him a role. Lalo recognized him among the extras waiting to head into the prison and went over. Eliseo confided his fears: “Hey man, I’m fucked up. I’ve been here before, I don’t want to go back… what if this time I don’t get out?”

Eliseo pointed to the extras he remembered from when it was a real prison: they were all young and skinny with scruffy hair and red eyes. Eliseo pointed to a kid covered in tattoos: “They call that dude the Devil. He’s not even twenty and he’s killed about five people. He must have been let out to work on the film. Mel wants everything to be as authentic as possible.” Lalo was terrified. He chatted to a fat woman dressed in a police uniform who turned out to be a real officer. She told him that a few hours ago she’d been recruited along with a few dozen colleagues. Her superiors had told them that they were being sent on a ‘special operation’. When they got off the bus, they found out that they were going to be extras in a Mel Gibson movie. Lalo looked around him. Giggling nervously, he realized that he couldn’t tell the officers from the ex-cons.

Filming began. The production team gathered everyone in the yard. The instructions were to act out a riot. They had to pretend it was an ‘ordinary visiting day’ and then throw themselves to the ground when they heard shots. They were doing that until three in the morning. Lalo’s stomach was red from rolling around on the cement floor. Then the film team split them up: some (Lalo included) were supposed to huddle together in the prison yard, the others were supposed to run into the surrounding passages. They were filmed from a helicopter. When the sky started to lighten, the crew began to take down the lights and sent everyone home.

They headed down Calle Zaragoza to Rayón and turned onto Independencia, the narrow avenue that runs in front of the cathedral and the municipal palace. There were two hundred of them, women mostly: old, chubby, their skin plump and shiny as dark fruit. They waved their scarves and shouted angrily for the restoration of government support – buses and food – so they could visit their relatives in the prisons to which they’d been relocated following the closure of Allende prison in January 2010. By May, the government programmes had been terminated: the ruling party candidate Javier Duarte’s campaign needed all the resources it could get.

“Go fuck your mother, Mel,” screamed an old woman followed by a girl with green eyes in short shorts. “I was promised seven hundred pesos a day for me and my granddaughter, and so far they haven’t paid us half that,” she complained, red with anger and sunburn.

“How much did Mel pay for Allende?” someone said further back. “They say a million dollars…”

“Negro took it all for the elections…”

“Don’t blame the government: it’s the judges and rehabilitation people who are the problem, you know?” chided a woman dressed entirely in red, from her fancy trainers to the tips of her hair.

“They say that after the transfer some people were never seen again, they escaped, or disappeared, like the guy who killed Yunes’ cousin,” murmured a young woman with long hair. “Some of the prisoners haven’t even been brought to trial, like that lady who stole a bike. She’s been locked up waiting for two years.”

“At least I know that my guy deserves it…”