A Thousand Shekels A Story 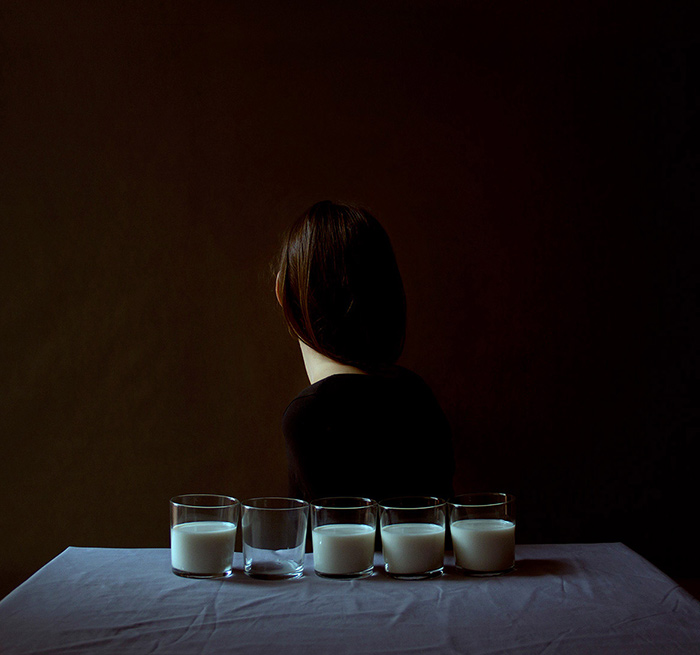 A Thousand Shekels A Story

We Weren’t actually at starvation’s door, although even that depends on how you look at it – the house was in ruins, windows missing, the living-room armchair shot to pieces, a crack in the wall, the kitchen a shambles, cupboards falling apart, furniture which had given up the ghost a long time ago – but I could smell it coming.

Apart from which my husband told me: “You’re a wreck.” This being the case, first thing in the morning I phoned and asked to speak to the editor-in-chief in charge of all the editors and chiefs and mentioned my full name – which is so long that it’s ridiculous.

I told him about myself and said that I had an unprecedented offer for which I wanted a four-figure sum, monthly.

I made an appointment with him in an air-conditioned cafe and pushed my way though crowds of people I didn’t know and who for some reason embarrassed me greatly. When the coffee arrived I explained my proposal to him.

“Listen to me,” I said to him, “and then say whatever you’ve got to say, I’m not listening anyway. I’ll just take in your tone, my feelers will grope for the gist of your reply – yes or no, and afterwards, sir, we’ll say goodbye, either forever or not.”

“Let me have a car, let me have money, neither a little nor a lot – budget me – let me travel round and about the country. Yes, we’ll begin with round and about the country. Let me see what’s going on. Believe me, I haven’t left the house in years, I’m in urgent need of contact with the outside world. And I’ll pay it back, the outside world, by describing it with amazing accuracy, with flashes of brilliance. Let me travel, let me wander, and I’ll bring you a story a week, a thousand shekels a story.”

“Could you concentrate, please?”

“That’s my side of the bargain, and what do I get in return?”

“A story a week, weren’t you listening to me?”

“Certainly I was listening, that’s why I’m asking you what you’re giving me in return.”

“I don’t understand you.”

“That story’s for you – release, therapy, autotherapy, what do you want of me?”

“What kind of talk is that?”

“Sorry,” he said. “We don’t need a weekly story. Every day there are hundreds of stories and parts of stories in the newspapers. I’ve got reporters poking into the pockets of every Minister in the government, I don’t need a literary angle on plain reality.”

I called another newspaper and repeated my offer over the phone. I expanded it. After all, it wasn’t asking much and the rejection stung me. I said: “Let me travel round the world, with my daughter and my husband. I’m Orly, I’m a wreck. But I’ve got eyes, sir. A thousand shekels a story. And not a penny less. That’s my last word.”

“Tell me, what is this? I’m not prepared for you to give me tests. Either you take me now as I am, or I’ll go to Avigdor from the rival paper, or somewhere else. Either sign me up on a blank contract with no strings attached or else,” and I took out a hammer and a rolling pin and banged on the table.

We arranged to meet at a cafe on the promenade, next to the sea. I repeated my offer and the waiter came and removed the melon rinds and the remains of the salad.

The man sitting opposite me lit a cigarette and thought. In the meantime a few thoughts crossed my mind which I thought were quick-off-the-mark, but today I know they did me no good.

“Listen,” I said, “all I want is a page in your newspaper and a thousand shekels a story. Come on, give.”

He went on looking at the sea in silence. My wrinkles deepened. Five o’clock in the afternoon, the sun was directly opposite my face. I dried my sweat with a paper napkin.

He shrugged his shoulders.

My worst fears were realized. I had made the man miserable. I had depressed him. The whole idea from beginning to end suddenly seemed futile to me, I asked him to forget the conversation had ever taken place. But he said that actually he liked my offer, and we should talk about it again in a couple of days time.

I walked up the steps to Hayarkon Street, and began going down all the streets perpendicular to the sea in the direction of Ibn Gvirol, the desolate street where the bus s.t.o.p. is situated. I stood at the bus stop and waited for a bus. When I got home I saw my husband watching a five by five video movie.

“Where is our daughter?” I asked.

“Sleeping,” he replied, and demanded a full account of the conversation.

I falsified everything on purpose, because I’d already forgotten what had happened, and immersed myself in the television set. My husband filled me in with regard to the plot and I asked questions and he answered them.

A few days passed and the man didn’t call. I personally wasn’t waiting for a call, but the economic situation was.

The bank clerk came for coffee at six o’clock on Wednesday evening and asked when we intended covering the overdraft.

“Never,” said my husband and stroked his cheek.

“You know,” she said to him, “you make awfully good coffee.”

He looked at me, because actually it was me who had made the coffee.

“If there’s anything you want here,” said my husband with a smile, “take it – don’t be shy.”

“Take whatever you want.”

“Have you got a few crates?” she asked.

“Maybe the neighbours have,” I said.

“Why don’t you put your salary in the bank every month like everybody else?” she asked.

“I’ll tell you,” my husband began telling her, and hinted to me that I should make myself scarce. I took my daughter and went down to the woods. From there I went on with her to a cafe, and from there to the pub. The drink warmed my heart and I stopped wishing I was dead. My distress faded, I calmed down and hugged and kissed her and explained a few things to her from an objective point of view. She looked at me and I kept saying to myself that there was no other way, what other way could there be? My heart was like the skin of a camel, flat as a rug.

When we went home I saw the bank clerk’s ‘86 Fiat Uno driving off in the direction of the main road.

“Salaamtek,” I said to her again.

“Tislam, peace be with you, lady.”

I went inside, and I saw my husband standing there with his three brothers, all playing snooker.

“I got an extension of eight years,” said my husband. “In the meantime the interest will rocket, but who cares. In eight years time we’ll leave the country.”

His brothers looked daggers at me. They accused me of hypocrisy, of self-righteousness, of bad literature, of perversity.

I told them I agreed with every word they said, and I made tehina with lots of parsley. They all ate well, they finished the lot, they polished their plates clean, I didn’t even have to wash the dishes, I put them straight into the cupboard, and to hell with them.

It was a long night. I looked at the stars scattered over the sky like salt on my wounds. I prayed for redemption, for the Messiah to come. What’s going on here – I wondered. I’m not a woman, my husband’s not a man. Soon I’ll die, I’ll turn into a picture. Everyone will forget me and I’ll forget them.

I’ll go away, I’ll disappear, I’ll vamoose, I’ll evaporate. I’ll die. That’s it. Au revoir and goodbye. No more. When. Finito la comedia. Twenty years from now. I’ll die. I won’t exist. I love moments of fellowship between people, they move me to tears. But open moments, like my sitting here on the balcony, send me way off. I love these open moments, when the dome of the heavens really functions like a dome, they’re terrific.

*Translation © The Institute for the Translation of Hebrew Literature.