A Woman in a Space 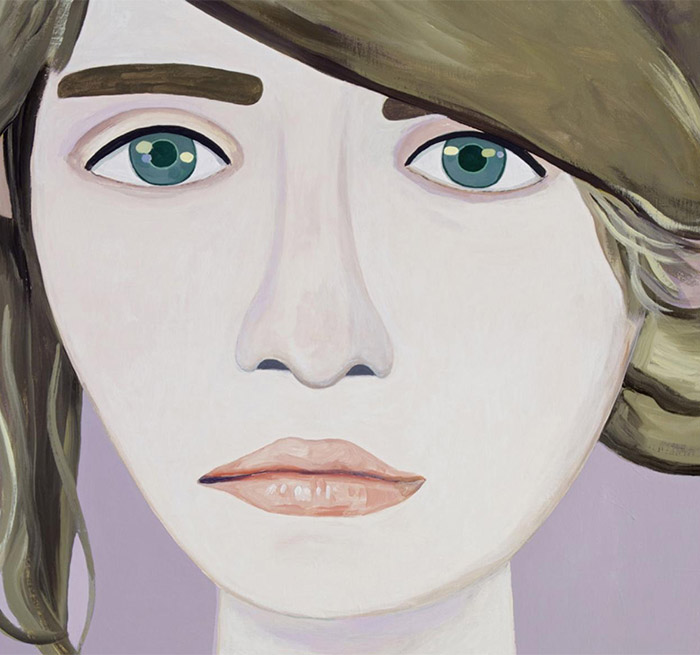 A Woman in a Space

A woman is workspace when will someone love you? Have you ever stayed seated in your chair until lunchtime, you drink lots of water- your body took the shape of a chair. A woman in workspace, the space changes, the work changes, companies rise and fall. You can close the door behind you but you will still hear the three-dimensional printer working, it assists in the manufacturing of single models, it saves time, and the cost is low. I remember, I once had a job interview, they designed and built three dimensional-printers like this one there, I didn’t remember they made so much noise. The interviewer looked at my resume and, after asking me a few professional questions, said to me, so, have you ever shot a gun? I told him that I had but only at cardboard targets. A woman in workspace, have you ever loved?

You no longer hear the sound of the three-dimensional printer, it’s the kind of sound you get used to after a few months, the walls are all made of plaster. You can hear everything. You can hear the others sigh. You hear the gate beeping, the entrance gate for suppliers, customers, clients, workers. Some lose their patience and honk their horns, complementing the rhythmic beeping of the gate, at some point one of us opens it. A woman in workspace, sometimes I think I should begin the story here: a woman in workspace with the shape of a chair. A woman in workspace, have you ever loved? The space changes, the people change, the workload is heavier or ends. Sometimes they refurbish the office. They bring potted plants. Launch new software to control the inventory, the processes, to control the files, to control everything really – A woman in workspace, can you hear me?

The CEO jumped on the table and hollered at us. He said: You are not working hard enough. The CEO jumped on the receptionist’s desk and stabilized his. Long white (the desk). He said: We are losing time and you are not meeting the group’s goals. Said: You must retain your focus. He emphasized: Our success is dependent on you and on you solely. Also: You must increase your speed. Then he said: The time is crucial, and I won’t let us enter stoppage time. We stood and looked at him silently. Then he added, over my dead body. Some of us exchanged looks with some of the others. He stood very stable on the desk, with his legs straddled. He talked for half an hour, maybe more. The majority of the things he said was addressed to us, the technology department team. He repeatedly warned us of last minute smugness. His eyes were shining. Then he said, we are one step away from realizing the dream, there is no time to rest. You’ll sleep when you’re dead.  He repeated the same sentences over and over again. And all the time he stood on the receptionist’s desk, his legs firm, his hands moving at the speed of his speech, which grew faster and faster. We scattered as soon as he was done. I went back to my cubicle. I passed my manager’s cubicle on the way. He was busy on a conference call. He spoke loudly into a microphone and his ears were covered by large headphones.

We must push up the delivery time, he yelled, his face glued to his computer screen. We must push up the delivery time. I continued to walk toward my cubicle. The open space was very noisy, keyboards and conversations. The coffee corner was empty. When I got to my place and sat in front of the computer, my inbox filled with a lot of new emails. I remembered that I should never start with the emails. I once read a newspaper article about it. Ten Rules to Increase Productivity at Work. Rule number one, never start your day with answering emails. I opened the notebook and flipped through the pages until I got to the last page I wrote in, the one with the to do list. I started to prepare for the meeting. I opened the relevant computer files. One of the neighbors in a nearby cubicle relentlessly pressed his keyboard keys. He was hitting it hard. I was still able to focus. I hit the keys quickly myself. Mine too. The fingers were hitting hard. At the background his fingers were hitting his harder and harder, almost breathlessly. Mine too.

A woman in a workspace Are you breathing? All those lists are going to eventually nail you to the office floor (blue linoleum flooring from the eighties, like the one you had at elementary school, in the gym, I remember how much I liked to high jump, breaking a new record every week.) At least this office has outside windows, the air comes out of the AC but the light is natural. A woman in workspace who since winter began can’t get up in the mornings. A woman in workspace. Do you bleed? I think you’re bleeding and that it’s out of your ordinary dates. Everything always comes on time with you, even though with the years things turn stickier, filled with more life, you don’t excrete it out of your womb, for a while now it’s been coming out of your irises, and every time you look at something it drips off you, you’re shedding salty tears of blood in front of the double screens of the work station. A woman in workspace do you remember how once, not so long ago, you liked meetings and long processes, and to see how they are validated, the things, and your projects, become alive –

A woman in a workspace I tried to take the woman out of the workspace and talk to her when I am in a space that isn’t work.

Around midnight my head hit the pillow and I remembered the fish. I couldn’t remember whether I fed it or not. I got out of bed and took it out of the aquarium. I immediately put it inside a deep plastic box. I went to wash the aquarium, which was very dirty. The fish might have been sick. When I washed the aquarium the bowl slipped through my fingers and broke inside the sink. I left it like that in the sink. I added some food to the plastic box, the fish’s new abode, and it swam. It seemed content, that was always the kind of impression it made. I manage it like I manage all other things. I made a habit to feed it Mondays and Thursdays. The problem is, sometimes it gets difficult to remember when is Monday and when is Thursday. When is the time of the fish. I always confuse dates and schedules. Like with my period. It has always been very regular and I knew how to identify it when it came. Atomic nervous breakdowns, no pain. At some point I downloaded some sort of an application which tells me when it’s due. I write in it what kind of symptoms appear before, during, and after my period. And when I have sex, if I had it, and with whom. The company gave me my cellphone. It also covers my monthly phone bills. Sometimes they switch my phone for me. Not only me, for everyone. The reason is almost always an upgrade. Some other times, when the phone is stolen or broken, they also agree to get another. With some employer’s participation, of course, which is deducted from my wage. A lot of numbers were lost or deleted because of the upgradings. Or the opposite, were doubled or tripled. Mostly I don’t notice it in real time. The main problem remains the dates. The period application synchronizes the last update but sometimes it’s not close enough. In these cases I lose track of it completely.

A woman in a workspace do you get bored? What are you thinking now. I noticed you have 37 unread emails in your inbox. There are also tasks on the whiteboard, it’s your handwriting, and you tried to write clearly. Someone enters your room I think, he’s talking to you now, have you noticed? He puts his hand on your table, reclines, now he’s getting close to your computer screen, he looks at the screen, you talk about a file, now he asks something from you, he asks about something which is under your sole responsibility, he’s asking a very simple question, your lips should have already delivered the answer, it’s time to speak now because he has stopped talking, a woman in workspace, now he’s been quiet for at least five seconds, I know, because it’s approximately the time it takes to say: A woman in workspace –