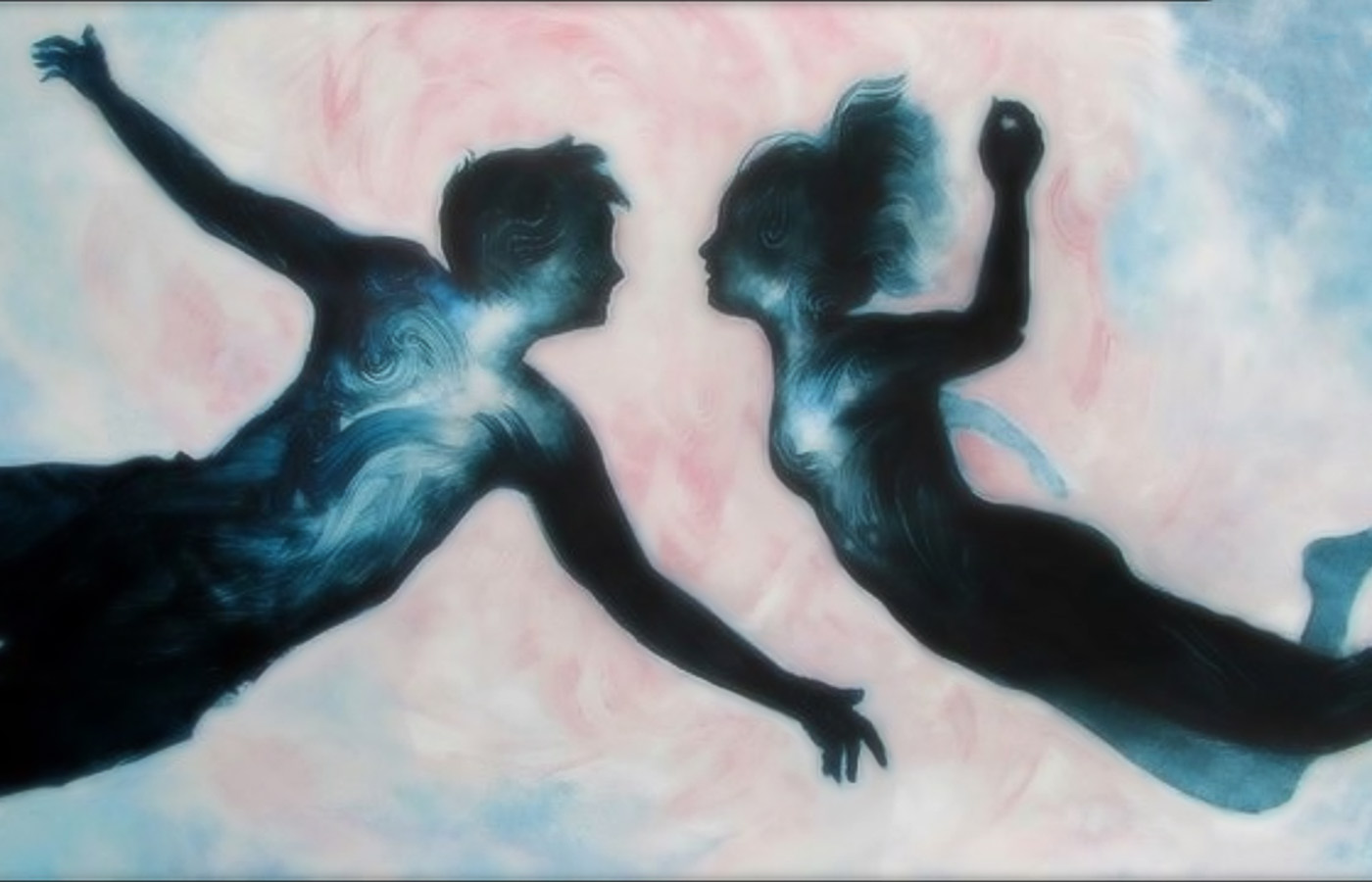 Our future is composed of our memories. Our present is also heavily shaped by them: our preferences, choices and actions are forever influenced by what we have experienced, loved and learned, what caused us pain, what we were drawn or averse to, by what we grew up imagining we couldn’t do without. Needless to mention, our past—the foundation of our memories—is also built from our predecessors and their memories: the fears, trials and experiences that shaped their past, present and future. In the story “An Almost Sky Blue Hand,” the writer relays the history of a meaningful friendship in her life, years after her friend had gone her separate way, once and for all. What is left of the person we loved after they have gone? What is forever imprinted on the memory after the thing itself has faded and disappeared? What is the importance of exciting things that happened to us once upon a time but meanwhile have become obsolete? On the seam between dream and reality the writer, who believes in humanistic values such as friendship, solidarity and social involvement, tells a story that alludes to the era in which she had risen as a literary figure and expert in liberal arts in a country that had been torn apart by foreign occupations, civil war and military dictatorship, and continues to struggle today with economic crises and relentless internal and foreign pressures. “An Almost Sky Blue Hand” consistently touches on the mist of memory, but also inspires us to contemplate the place of the present in our lives. Ultimately, the story indicates that our future is composed of our memories even in a constantly changing world.

In memory of Frieda Liappa

I dreamt that it was evening –and it was. I could hear nearby the bells from a flock, scattered here and there. The flock moved onwards, hidden behind the night greens of osier willows and oleanders. I followed the course of its sound and I began to walk. Above me was the labyrinth of the starry sky; under my feet, I could touch its reflection in relief: earthy ground and smooth rocks, blades of grass, undergrowth. And their many whispers. I tripped, but did not stop to see whether my ankle was swollen, because the sound of the bells had coiled itself around my waist like a rope and was tugging me gently on. I had abandoned myself willingly to it.

I was going further and further downhill, until I reached the brim of water. It was the time when water sleeps, like a small child. The moon was shining and I saw it: immense, still, pensive. Then, as though I were taking off a garment, the sound of the bells uncoiled itself from around my waist and fell into a mute heap at my feet. I sat down to reflect what I was doing there, self-invited in the wilderness, I, a woman of the city.

The thought of the city was like dropping a huge stone into the water. Boom and echo rose above the silence of the place. A whirlwind swept over me. The water woke up troubled and began to weep. I said to it, “don’t cry”. And it calmed down.

I said “don’t cry” and at once you appeared. Again the same long blonde hair, the white, almost sky blue skin, your gaze black. Yet instead of the simple, more or less boyish clothes of our youth, long, pure white veils misted up around the epithalamion of your form. You glided your radiance upon the waters. You came and stood before me. Unfaithful –and yet I said, “God, how can an image possess such memory?” You smiled at me. You raised your hand and gave the signal. As many drums and violins as there were stars began to play all of a sudden in the heavens, yet they too remained invisible behind the soughing evensong. Then, you stretched out your other hand towards me, beckoning me to follow you.

I faltered. How could my own heavy body not sink when I stepped onto the water? But then again what did I know about such things? Just what we all know, more or less. That they cast spells over lonely men, who lie with them, and suffer afterwards –if they should be so lucky as to return to an “afterwards”. Yet what was a woman doing in all of this?

I saw that your face had clouded because I was afraid of you. The melodies had also changed somehow; the drums were raging; the violins seemed out of tune. What was I to do? I got up to follow you. You laughed a laughter of triumph. You took me by the hand, just as you used to when we were at the School of Philosophy on Solonos Street, in the days of our youth, of our endless Athenian conversations and strolls, before and after your time in prison; the days of youthful parties but also of our squabbles, banned protest marches, young loves, books and outings. The time too of sadness when you had fallen ill, although I did not often see you then, I was not even living in Athens at the time. Your hand was neither cold nor warm, as though you hadn’t touched me. I took a deep breath. You turned around and said: “Don’t be a fool! Stop believing in” –did you say “believe in” or “dread”?—“all these fairy tales, will you? They exist, but they exist differently”.

I therefore paid no heed to the fact that we both glided together on the still water and reached instantly the opposite bank. And so, always holding hands, we began to walk on the grassy carpet of a prairie, strewn with delicate flowers. At one point, it seemed to me that you were limping; I stole a glance at your white-and-blue court shoe –it looked like the cloven hoof of a mountain goat, yet I paid no heed to that detail either. You were talking, contending with the most reasonable arguments, as usual, that one can only relive what one has already experienced in life, dream only what one has already dreamt of. Yet even so, you were saying, nothing comes back completely the same. This is why we re-experience the variations of older events in our life. Variations that are sometimes so self-sufficient, that they allow us –albeit very rarely—to forget what has really happened –or even to replace it with an almost arbitrary interpretation. There is an immaterial world that moves around us, that has always “weighed” on us, without seeming to weigh us down…

You used to talk to me in exactly the same way. I used to believe you, because I wanted to believe you –as always–, although I must confess that I had never imagined in this way the words of such encounters. At one point, you stopped walking and talking. You listened for something I could not hear. You turned again towards me. You told me sweetly that we always have a little more time, even if time is never given to us freely. Then you yelled to the violins and drums to play loudly. More loudly, much more loudly. To drown the rooster’s cursed crow. “Come, we’ll make do with what time we have”, you sighed.

Like a film director tapping the white screen with his stick to demonstrate (you were yourself a director after all), you stretched out an almost sky blue hand to the four points of the horizon. I managed to see golden tables with our old friends around them, tasting unseen bread, drinking ethereal wine, singing the last songs ever sung in our country. I managed to see fairies dancing, throwing off the scarves covering their faces and revealing the features of beloved girlfriends, with the boys around them trying to snatch the scarf of their love. I managed to see, over the years that go by with no other ballast, the contribution a word can make, an image, a sound, so that the day after would dawn as a normal day. I managed to see the damage and the benefit of that juvenile imprisonment on people who afterwards never trusted anyone in their life anymore, except for those they had known since that time –for all that we had each taken a different path; that in itself meant nothing. I managed, my dear, to see you bid farewell to the light, just as the rest of us, the ghosts of an old and real court martial, carried you on our shoulders for your final stroll upon this earth.

I woke up sobbing. Since then, my left foot has become the cloven hoof of a mountain goat. I hide it, of course. But who cares today anyway about such things…