Architect in the Square 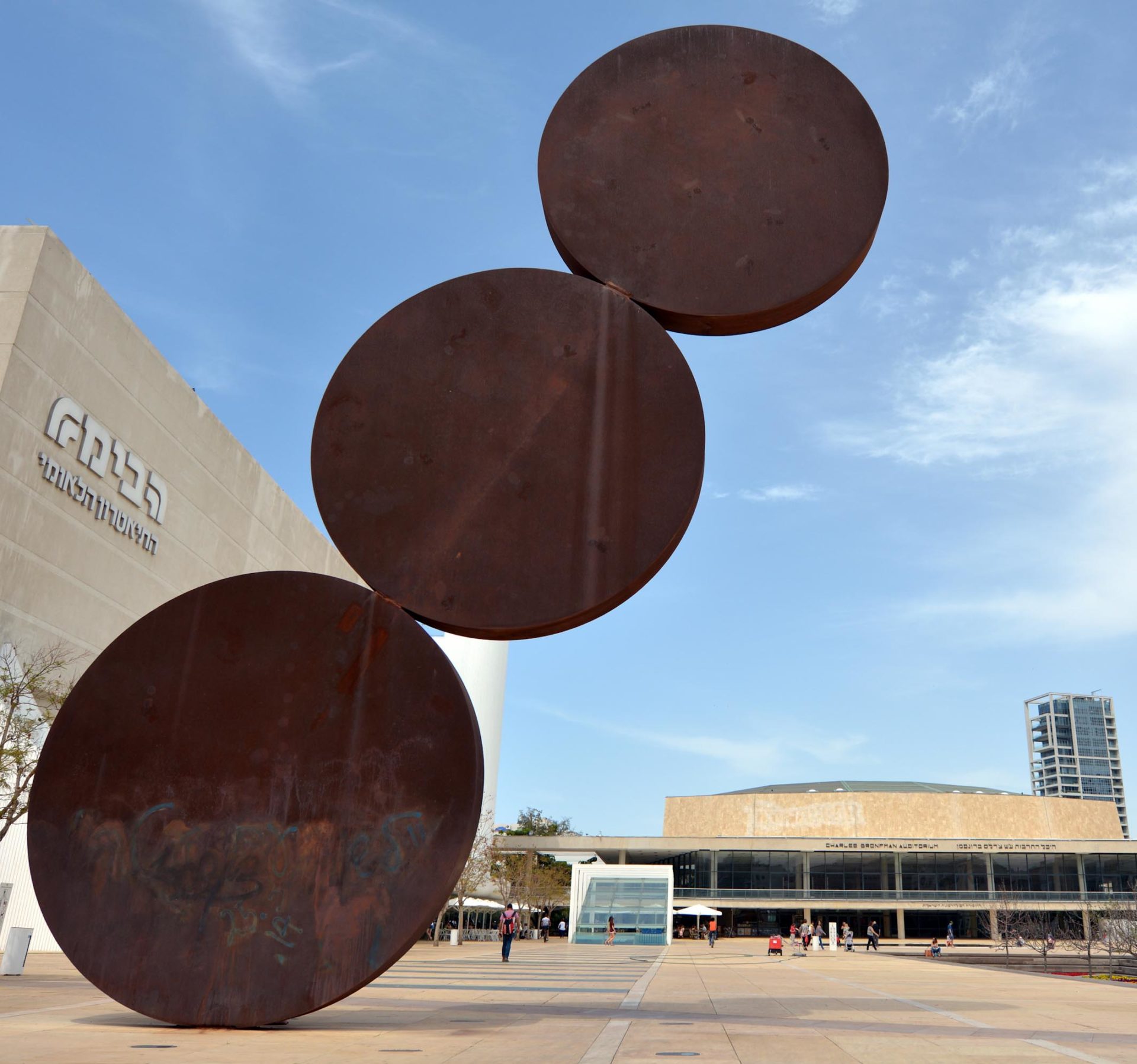 Architect in the Square

The architect came one day to stroll round the garden he had created in the square next to the theatre. He was wearing a yellow cap and a yellow linen jacket, strewn with yellow squares that were a darker shade of yellow. A sunflower-yellow cotton cravat was tied round his neck, and his corduroy trousers, and shoes, or boots, were also yellow. Even his moustache turned yellowish and its ends were pointy. He was quite small, about half the height of a normal person. For his arrival at the garden, he made himself a little smaller, for the sake of modesty and of drollery. He wanted to be a bit of a clown in honor of his stroll in the garden.

Additionally, he sought to feel the trees as larger than they really were, and also the “Sabras” The Israeli nickname for prickly pear, uses also as a nickname for an Israeli native.  he had planted. Some say they were planted to remind us all of where we are. Others claim he planted them in an attempt to hybridize one part of the garden, which was designed in the style of Versailles – that is, that every flowerbed included seasonal flowers of a different hue which together created an ordered fabric of beauty, but which demanded a water supply that did not accord with local restrictions – with the native plants that were planted on the other side of the garden – the saltbush, the Sabras, the yellowish coastal flowers whose meaty leaves could retain water for hard times and didn’t hide the sand at their base.

Well then, he sought to feel the Sabra bushes as larger than himself. If he could work his spells better, he would have made himself even smaller, maybe even fist-sized, and stand under the huge, gigantic Sabra bush and rest in its shade like a character from an old book, his legs occasionally knocking together with nervous cheerfulness.

He had another plan. A plan that could complicate everything: as he knew well the sound system that was hidden between the garden benches and played classical music (music that befitted the National Theatre and the Concert Hall and sounded here like some sort of dream), he planned to play a different musical style on the system, which was also generally admired. For that purpose, he had an old cassette of Umm Kulthum. He knew one might ask how a modern, sophisticated sound system like the one installed here would handle an old cassette and why in fact did he only have a small cassette in his possession? Nevertheless, he cheered himself up, it’s not every day that you manage to make yourself small enough to fit into these clothes, which make everyone think that you’re an odd millionaire with all the paths open before you (he also had a diamond ring, almost the size of the hat, on his finger) assuring that no one would stop you on your way to the system. And so, if today was the day he managed it and the garden paths were open before him and an old cassette by Umm Kulthum is all he had – he is going to play it, he concluded, and kneeled toward the sound system.

Later, he planned to walk around the white square and make the floor rise in the fashion he had intended at first, making each tile stick out a little beyond the tile next to it, creating a sensual walking montage. Then, he would sprinkle water from the square pool that bordered between the concert hall and the garden, painting the tiles a different shade that would make them a little yellower. Or he’d put the hat in the water and step in to it. And in a way that was beyond his comprehension he would make himself even smaller and sail.

He’ll think about the architect’s soul, which has something much more anarchistic about it than met the eye. It was a soul that wanted to use its power to create buildings that were in everyone’s benefit: welcoming, open-armed, distorted, full of surprises. And the heart that remembered that would also remember the opposite and weigh down on the hat until it began sinking and he would realize that he must lighten his burden and start throwing away pieces of his heart. The piece responsible “for everyone” would go first. Then the one related to “distorted”. Those were the ones he liked best so he would have to get rid of them as soon as possible in order to go on floating. There – he throws them away and his shoes knock one against the other, and a small serrated wheel made of gold is added to them. In the pool, he will seek the miller’s daughter or the king’s daughter. Someone will sing to him that she is there and needs his advice, it appears she was told to spin gold, they’ll say. Others will tell him that her son was lost, that she herself is lost; that she has forgotten her own language.

In his search he will sail the hat to the nearby pools, which are also adjoined. There the leaves’ silhouettes will tell him where she is. On the way, he will look at the National Theatre’s tall building shading the garden, the three h-u-g-e rusty iron dots that stood lopsided in the middle of the path referred to by everyone as an outdoor sculpture, besides one little girl walking close to her mother and asking (clearly not for the first time) “Mum, but how come it doesn’t fall?”

On his search, on the way to the pools, he will also grow a yellowish goatee and the diamond ring will sparkle, his unraveled heart will bleed laughter and he will know he cannot cry or else he will drown. Or else he will drown. He would roll nature, nurture, neuter, naught, innate on his tongue; he will no longer remember what his mother had once said to him (His mother once said something about it). Someone will notice him and ask to take her picture with him. ‘I’m afraid that’s impossible,’ he’ll say, ‘I apologize.’

A moment before he goes on, far, he’ll hear Umm Kulthum and realize she had succeeded after all, despite the technical problems with the cassette – in saying that she loves you or that you love her. She won’t know that at the same time his heart is bleeding. He won’t know that she is wearing a boy’s outfit that is too narrow and stifled her heart (everyone thinks she no longer wears it under the big dresses. That she had cast it away, at least since she had become famous.)

Some say that his heart is still bleeding because the Sabras haven’t joined Versailles and because everyone here has already forgotten how to pick their fruit, that the square has remained a single language speaker who has lost its differentiation. Others will mention that at any rate and in advance he was ordered to plant Sabra bushes that had no thorns and bore no fruit. There was logic to it, They will say, After all, next to it they built a sand pit in which children played. Some will assume that Umm Kulthum’s love awakened that piece he had tried to discard with, and this is why the heart began bleeding again and the architect sinking.

I don’t know what came of his plans in the end. Some say he still wanders around the pools, extracting tears from the brim of his hat and trying to cut out that part, as stubborn as a wild plant, from his heart.

The story is now added to your reading wish list. All the stories you want to read are waiting for you in your new personal area
try it
10
Eshkol Nevo