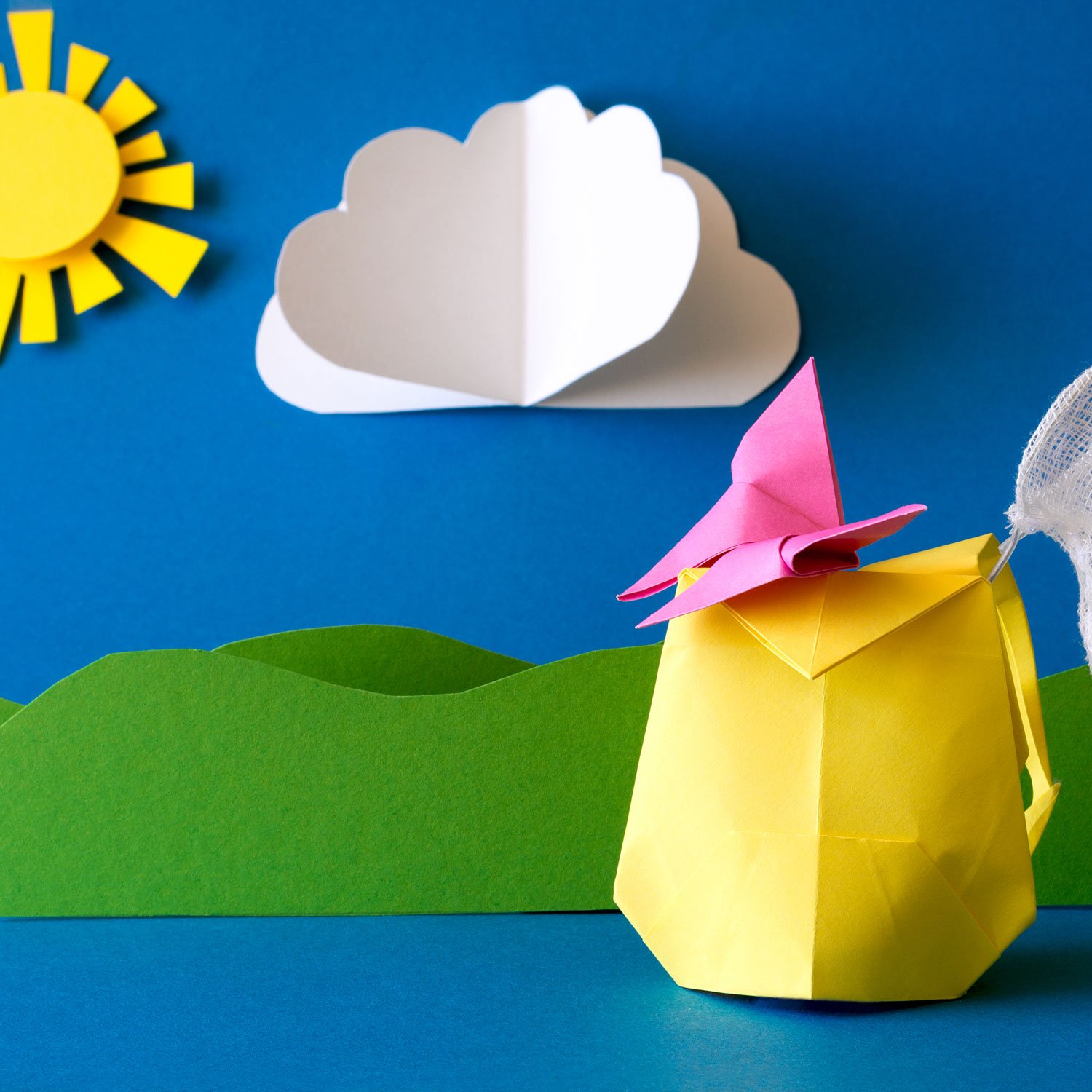 “At Livia’s Bar” is a beautiful fairytale-like story about a girl who creates a world down to its smallest details in order to fend off Loneliness and the pain of loss. This incredible girl replaces helplessness with the position of an almighty creator—she creates herself cities and populated islands, streets, shops and public buildings, a world in which there is logic and consideration and order, and we slowly discover that this entire universe of hers is formed like a dense beehive around the fate of one person—her father, around whom she spins a cheerful and protecting reality when he goes out in the evenings and she waits for him in her room. Pierre Mejlak manages to weave delicate and familiar feelings into a magical, bitter-sweet story that fills the heart with longing long after the reader has read the last word.

This time she’s building a city. The first city after eleven islands in a row, now gathered together in the soft red folder which, when her father goes out for a coffee in the evenings and she finds herself alone, she takes out of the drawer beside her bed, before pulling out one of the maps and descending somewhere into it. Here she comes to a chocolate shop, full of fragrance and cocoa powder. Here she comes to a lounge living room with a giant television, and she quickly darts to the front door before they catch her and think she’s a burglar. Sometimes she finds herself in the middle of a street, among the cars and motorbikes.

On the map, you’ll find anything you could possibly think of. For children, a school encircled with a garden of apple trees. For youngsters, a small university churning out teachers, doctors, engineers, and architects. For the sick, a hospital. For those who want to work, factories, surrounded by fields, with space for them to expand further as more work arrives. For sports lovers, a football field, with small courts around it for volleyball, basketball, and tennis. Then a church and some shops. A bakery. A carpenter’s workshop. Grocery stores. Roads and bridges. Ports with boats coming in to dock. Customs offices, post offices. A police station. Farms and animals. An airport, a bus station. And above all, lots of houses. Small ones for those who live alone. Apartments for those who don’t want to or cannot spend too much. And big houses for the well-off, with large families where the mom and dad were graced with a fruitful and rewarding life.

Whenever she’d finish a city or an island, she would lift it in the air, and the heavier the paper turned with the blue ink of the felt pen, the more satisfied she would become with its stable structure. And sometimes, if the size of the city so required, she would turn the paper over and build another city right underneath it. An underground city, full of drainage canals, water pipes, electricity and telephone cables, and one or two lines for the metro. Then she would place the paper in front of the bulb of the pink lampshade, and the strong light would reveal the city underneath. You could even catch a glimpse of the mice racing along the tunnels. Or the cars passing through huddled streets and chimneys spurting out gray smoke. She’d then give the city a name, place it in the soft red folder, and start thinking about another one. One map after another, she would continue to perfect her cities and islands, enriching the life of the residents. If in her first attempts she used to place, say, a disco opposite a church (because it was the only space left for it), now she would join the disco to the football field, and make that area a recreation center away from the houses. That way, if the football was kicked out of the ground, it wouldn’t break a neighbor’s window but hit only the wall of the disco, which hardly has any windows to break. Or else, where before she’d placed a cemetery next to the homes, now she would take the cemeteries somewhere they can’t be seen. That way, if a young girl who had lost her mother happened to look out the window during a sleepless night, she wouldn’t see her mother’s name engraved upon the stone.

The creation of a city or island usually began with an outer circle. The periphery, generally rounded, which she would then begin to fill. Tonight, however, she begins with a small bar, where many people gather every evening, their breath fast steaming the windows. Lots of people, especially students, who each evening order one of the special drinks prepared for them by Livia, a dark-skinned girl from Porto Alegre, who had somehow ended up there from Brazil. What’s special about the drinks is that they are as unpredictable as a bulb going out in the middle of the night. All you order is the number of drinks you want: one drink, say, if you happen to be alone. Or four, if you’re in the company of three others. But what’s in the drink is entirely up to Livia. That’s the fun of it. She prepares the mixture herself, whatever occurs to her at that moment. The only thing you can specify is whether or not you want her to light it. If you’re scared of fire, well, then you tell her not to light it at all. Otherwise, you could end up with a glass looking like an apostle’s head at Pentecost, and before drinking up you’d have to wait for the flame to die down and go out. Unless of course you’re the adventurous type and you down it all while it’s still burning, or even ask Livia to light it in your mouth. But if you’re that courageous, and you lower your head a second before the flame goes out, then you might end up burning the roof of your mouth—or as Livia calls it, il cielo dela boca. And everyone gulps down these drinks that don’t cost much because they’re small and the place is not for the wealthy. Everyone except a bald man sporting a few days’ beard, leaning on the corner of the wooden counter, watching Livia in wonder at how she keeps coming out with new colors, new flavors, always a new spectacle. But how does she manage to remember them all? How is it that she doesn’t confuse them? How is it that she never spills a drop, and never lets a bottle slip from her hands? How do the colors always end up matching? And how does she make every single drink taste so wonderful?

And as she completes another little masterpiece, the bald man at the counter sets off an applause which soon spreads to the toilet in the inner corner, and when the applause reaches its loudest, he hides his shyness away in the pockets of his jeans—which once were blue—and shouts out with a throaty voice: “Brava, Livia!” By now, Livia’s used to him. She knows she won’t go over to him and ask if he’d like a drink too. He orders his from the young man who collects, washes, and drops the glasses. Black coffee.

In front of Livia’s bar, she’s now building a small fountain to adorn the little opening in the street. In the middle of the fountain, she places a statue of a girl with large eyes, wearing a fur coat with small pockets in which she hides the palms of her hands. The water of the fountain spurts out of the five buttons of her coat, down into a giant saucer. And whenever the door of Livia’s bar opens, the girl with large eyes hears the racket inside and welcomes the heat that slips out.

And from the saucer, she can see them slurping their little drinks. Sometimes they down a drink and immediately follow it with a spoonful of another drink. As if they were taking a syrup or medicine. Often she’ll see someone grimacing, until it all passes and their lips leave their stretch of disgust and meet again in a smile. Then a good laugh and everyone starts clapping. And the bald man shouts out, “Brava, Livia!”

She truly adores the bald man. But when he realizes it’s late, throws the checkered beret on his head and the scarf around his neck and leaves, in his eyes she notices the sadness of an entire week. She continues to watch him as he walks down to the end of the street. He then crosses a tiny square with a large tower in the middle—from which you can see the roofs of the entire city—and enters a narrow street, then walks till he reaches a large block of buildings, full of small apartments. He makes his way up and opens the door. As he takes off his coat and scarf and rests them on the chair by the telephone in the corridor, he opens the door of his daughter’s room to see if she’s asleep.

And as usual, he finds her sleeping with the light on. He slowly takes the piece of paper from her hand, with half a city built and the other half planned, he kisses her on the forehead, and puts out the light under the pink lampshade.