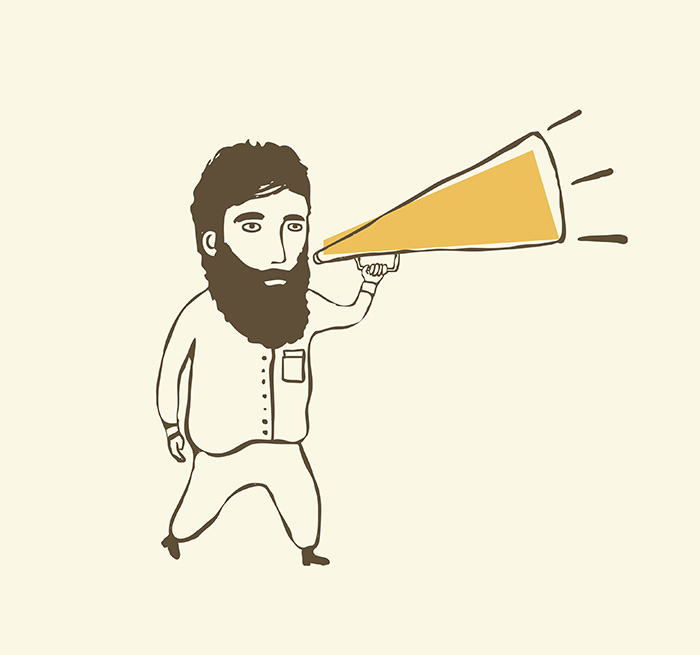 In his work “Baganda,” the Tunisian writer Shukri al-Mabkhut is still preoccupied with the same questions and issues he has already revealed to readers in his well-known novel “The Italian” which won the prestigious Arab Booker Award in 2015. These questions and issues relate to a generation that was involved in politics, and aspired toward real change and to a homeland of human values, based on justice and far from tyranny and religious extremism.

However, this generation witnessed the collapse of ideologies that motivated them in the first place, and soon they found themselves in front of a mirror that reflected their disappointments both on the private and collective levels.

In the novel “Baganda,” al-Mabkhut uses the investigative journalism form, which requires readers to pay close attention to everything related to the details of the plot. From the beginning, he manages to get us into the worlds of the mysterious plot, and together with the narrator we experience his confusion and urge to explore the reasons behind the sudden disappearance of “Baganda” – the icon of the popular football world, or the Tunisian “Pelle”.

The reader can see in Baganda many aspects of the Tunisian football world that are engraved in the collective memory or even a representation of talented “neighborhood children” in this field. The reader may be also convinced that “Baganda” is a real character and can turn to the writer himself and ask him if he knows him personally. Hence the uniqueness of al-Mabkhut, lies in the fact that he instills his characters into reality and succeeds in convincing the reader of their reliability. The novelist adopts investigative journalism form as a general framework to penetrate the hidden world of football, which is integrated with the hidden world of politics, but also constitutes a journey to the history of Tunisia during the transition from one regime to another while Baghenda is a victim of this transitional period, disappearing in silence and, like many others, swallowed up by oblivion.

Origin of the story:

The story started by chance. It was Sunday evening and work that day hadn’t been too hard. Monday’s edition mostly comprised investigations, interviews and regional reports prepared in advance, and I often simply cast an eye over colleagues’ corrections from a day or two before.

As far as I can recollect, the championship was paused that Sunday for reasons I don’t recall now. Even the copy ready for Monday’s sports supplement was limited to assessments of earlier games and some analysis of previous rounds plus summaries of the European leagues. There was also a long interview with the head of the Tunisian Football Association about the controversy over the plan to move to a professional or semi-professional system (which was called the non-amateur system) and which touched upon the problems of Tunisian soccer and how to restore the glory of the national team after the decline in the Tunisian championship and the series of failures to reach the World Cup since the legendary participation in Argentina. I remember all of that well because until today I still have a complete copy of that edition of the newspaper. How could I not have kept one given all the fuss it caused?

I went to the newspaper offices in possession of some exclusive news about Baganda. I was certain no other paper would publish it before us because, by virtue of a special license from the Ministry of Media, the paper came out on Monday, while the rest of Monday’s papers were weeklies and more or less ready since Saturday or Sunday morning. That was because of the shortage of printing presses – some other papers were even printed on our presses. Assuming that the news had reached our competitors, I still had exclusive information that it would have been impossible for anyone else to obtain.

When I gave the head of the sports section a copy of the exclusive story, he was astonished and asked Mr. Hassan, who supervised the typesetters and liaised with layout and the printers, to instruct layout to put the story at the top of the front page. Like me, the head of sports thought it was a big story that was exclusive to us and would attract both sports fans and those not interested in sports. All the same, he asked me to wait a while for a telex from the Tunis Afrique Presse news agency. He imagined that the agency would no doubt be aware of a piece of news like that, even if some of the details I had obtained exclusively were not known to it.

Right here came the element of chance. That morning I went as usual to Hajj Shamantutu’s café in Bab Jedid to meet friends and acquaintances from the neighbourhood. Although I had moved out of Bab Jedid years ago and settled down in Bardo, I had not severed ties with the area and old associates. During that weekly visit I would say hello to Hajj Mahmoud, my father, see Yusr, my little sister, and keep the relationship going with my mother, Zeinab, and my other sisters. Despite being, in my mother’s words, the black sheep of Hajj Mahmoud’s family, I thought that some sociability would not impinge on the independence I had fought for tooth and nail nor affect the freedom I had chosen as a way to escape the hypocrisy and stresses of family life.

At the café everybody was talking about what had happened to their beloved star Baganda, the talented player from the neighbouring district. They took great pride in him, even though he played for Ittihad Tunis and most of the Bab Jedid locals were fans of Club Africain. Baganda himself, like all the locals of Place du Leader, loved Club Africain. In any case, Ittihad Tunis wasn’t a club that invoked the rivalry and antagonism (going as far as mutual hatred) invoked by the Bab Souika team, Espérance Sportive de Tunis.

Everybody deplored what had happened and, out of zeal, some vowed revenge against the locals of neighbouring districts. Conjecturing about the perpetrators, motives, reasons and triggers began. I heard contradictory information, with each claiming that his narrative was accurate and not to be questioned. They all spoke as if they had been present at the incident, making accusations and describing the attack in incredible detail and explaining it as if with clairvoyance.

I listened in astonishment to everyone, trying to understand and compare the accounts. I tried to distinguish the core of truth among the exaggerations, anecdotes, and allegations. I sifted out the constantly and frequently repeated and in the small notebook I always had with me recorded the variations and even the exaggerations. Were it not for fear of excessive length, I would have set it all down here, after having come across the notebook in the file on Baganda that I kept.

Nonetheless, the most significant piece of information I gleaned at Hajj Shamantutu’s café was casually provided by an old school friend and a local boy who worked at the Ministry for Youth and Sports as an advisor in the minister’s office. He had responsibility for training and sports higher education programmes. He told me that that day, which was the weekly day off, he had been called in for an emergency meeting with the minister to consider the Baganda incident.

Apparently, on the basis of security sources, everyone at the Ministry thought it wasn’t just an ordinary accident, but an assassination attempt in every sense of the word. The biggest fear was that this attempt had dimensions and ramifications that went beyond the sport’s field. Moncef al-Khuzami’s words were full of puzzlement and questions, and he was speaking to me after having left the meeting, which had lasted around three hours. During the meeting, the minister had lost his cool and blamed everyone, including the top man at Ittihad Tunis, its young and successful manager Emad Belkhouja. During the stormy meeting, the influential head of the club had no qualms about replying sharply to the minister, accusing him, in front of everyone, of ranting and raving, and threatening to raise the matter with the Great Fighter, Habib Bourguiba, himself, because he could not accept doubts about his integrity, while reserving his right to take legal action. He then stormed out of the meeting without seeking the permission of the minister. If that wasn’t enough, he slammed the door behind him, muttering indistinctly, but clearly enough for the unseemly insults and curses directed at the minister to be understood. This made the minister hysterical. He shouted and raged, blowing his top and losing his composure, and uttered a stream of invective in front of those present, who included the head of the Tunisian Football Association, the head of the Tunisian National Olympic Committee, a high-ranking security official, and a number of section heads and ministerial advisors at the ministry.

I was aware of all that before I went back to the newspaper offices. As soon as I got there, I edited the story and gave the first version of it to the head of the sports section, Ezzedine al-Jaibi. He liked the story – as an exclusive and in its wording – and in his excellent French told me, “You have a great future in journalism, my boy. Bravo. Amazing.” All the same, he opened a timeworn notebook and asked me to call the general manager of Ittihad Tunis, the manager of Baganda’s team, the head of the Tunisian FA, Baganda’s team coach and the national team coach to get more information from the general secretary and everybody else’s reaction to what had happened.

Not one of them wanted to talk. The general secretary categorically denied the news. The team manager hung up on me when he knew I was a journalist. The head of the FA claimed to know nothing about it and, despite my insistence and arguing with him that he had been present at the meeting with the minister of sports, denied all knowledge of what had happened. And, claiming that they had no information, the coaches refused to talk.

The story is now added to your reading wish list. All the stories you want to read are waiting for you in your new personal area
try it
14
Bram Stoker