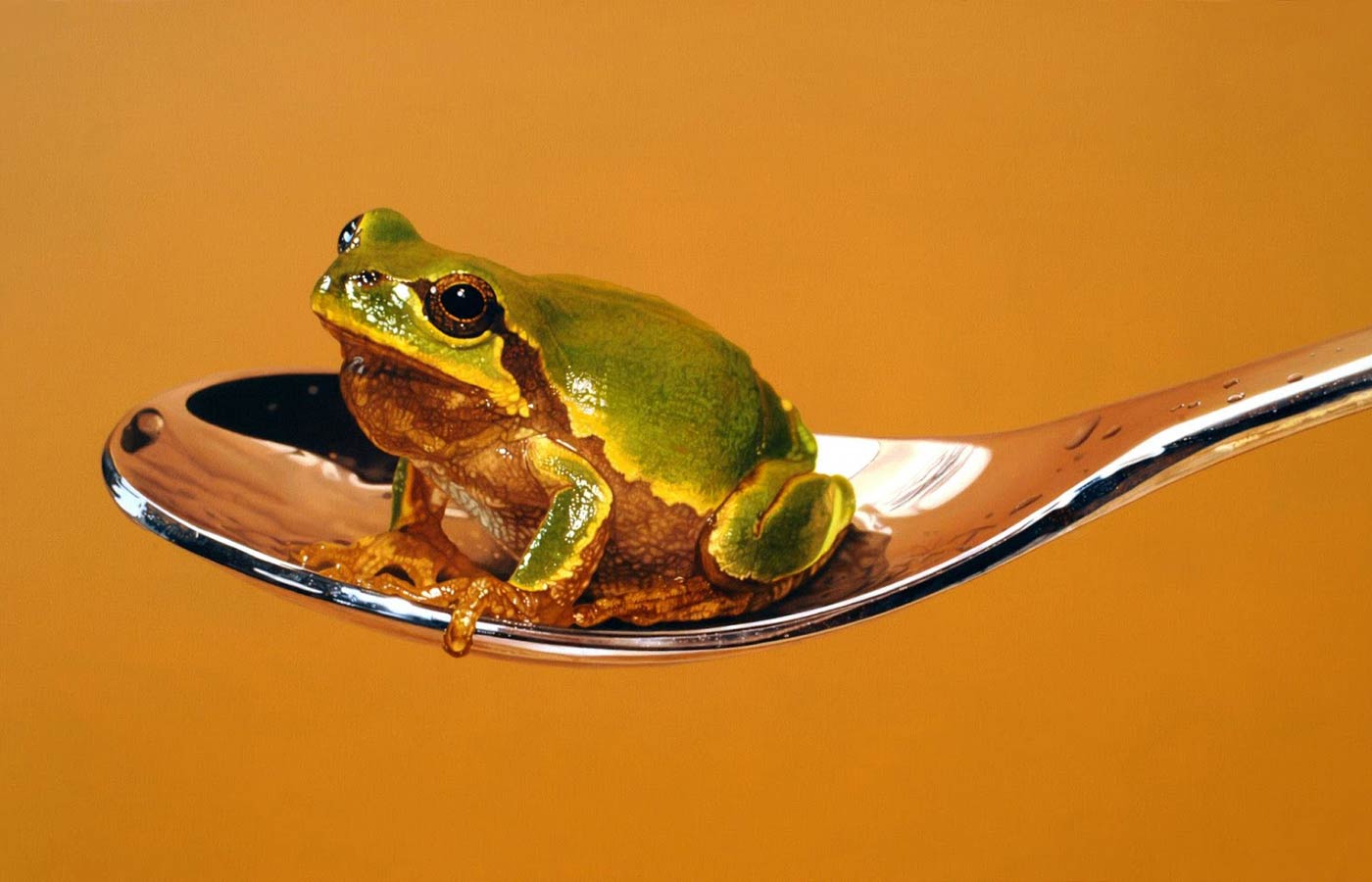 The most beautiful part of the city of Cimannis—a name which the local scholars interpreted as a shortened form of City Magnificent—the first thing that they showed to foreign visitors was the clubhouse; and the most beautiful part of the clubhouse, the garden; and the most beautiful part of the garden, the pond in the center, surrounded by placid trees—they did not shake or even sway in the wind—that admired themselves in the still waters. To the Cimannian poets of the club, the greatest gift was to sit by the pond on a calm autumn afternoon, to see reflected in the shining mirror of its smooth surface the reddening foliage of the trees on a background of immaculate blue reflected from the sky. For this delight alone it was worth living in Cimannis.

There was just one thing that disrupted such a peaceful way of life. It was the mosquitoes, that in the summer and even in the fall bugged the members of the club of Cimannis. The reading room had to stay closed for that part of the year. Those who went to the delightful garden had to carry a fan, and not to cool themselves, but to shoo the mosquitoes. Somebody proposed that the reading room provide each desk with mosquito netting, so that the readers could read inside a sort of cage made of tulle. Then somebody came up with the solution, and it was to populate the pond with frogs.

“There’s nothing like frogs,” he said, “to get rid of mosquitoes. The mosquitoes lay their eggs in the standing water and there the mosquito larvae hatch and grow. And since frogs feed on those larvae, they get rid of the mosquitoes. In some places they keep chameleons to do the same thing. And don’t fool yourselves: to combat malaria, far better than planting eucalyptus trees—as if you could catch mosquitoes with mistletoe!—is to populate the pools and the ponds and the backwaters of the rivers with frogs that will eat the larvae of the Anopheles, the mosquito that carries malaria.”

And that is how they came to have frogs in the beautiful pond in the beautiful garden of the beautiful clubhouse in the beautiful city of Cimannis. It was to the great joy and delight of the poets and their counterparts, because the Cimannian club poets were batrachophiles, frog-lovers. Not that they liked to eat them, but rather to see them poised on the bank of the pond or on a floating buoy, to see them leap and to hear them croak. The most inspired of the poets swore that he never composed his odes and elegies and madrigals so well as when, during the day, he wrote under an olive tree and accompanied by the lullaby—that’s what he called it, a lullaby—of the cadence of the cicadas, and at night, when he wrote by the clubhouse pond and to the lullaby—this a lullaby, too—of the croakance of the frogs. He even wrote a book called: Diurnal Cadence and Nocturnal Croakance. That word, croakance, from croak, like resonance and utterance from resonate and utter, was a word that he invented. And the poet’s followers were all the spirits who were dreamers and romantics by nature. The dreamers dreamed better listening to the frogs croak, and so they were batrachophiles.

But opposing the dreamers were the sleepers, the ones who wanted to sleep and not to dream, the practical spirits, and they were annoyed by the croaking of the frogs much more than by the buzzing and even the bites of the mosquitoes. And as they were scientific spirits, they did not allow themselves to be convinced, due to lack of sufficient statistical and comparative proof, that the frogs were doing away with the mosquitoes. If the mosquitoes were missing now that there were frogs, it could be due to some other incidental cause. And so the sleepers or the scientific spirits declared themselves batrachophobes, frog-haters. There were also the chess players who were bothered more by the frogs than by the mosquitoes, in contrast to the readers, who were bothered more by the mosquitoes than by the frogs. The chess players, then, were batrachophobes, and the readers, batrachophiles.

“And besides,” exclaimed Don Restituto, leader of the batrachophobes, “the croak of the frog is a vulgar noise, backwoodsy, rustic, inappropriate in and unbefitting of a city. And in a city like Cimannis! May the noise of trains or electric streetcars annoy us and keep us from sleeping, fine! But the noise of frogs!… It is a rural sound, rural! Not civil! Frogs are rustic animals!”

“They are extremely dignified animals!” shouted Don Erminio, the poet of the croakance. “The Japanese painters, who, by the way, are not frogs, have used them not a few times as models. And here we have Don Ceferino, who despite being a man of science, has a bucket of frogs on the balcony off his room.”

“I have them as a barometer,” said Don Ceferino in his own defense. “As I am a meteorologist, I keep them with a little ladder that sticks out of the water and they predict the weather for me.”

And then there were those who, without caring a bit about the conflict, entertained themselves by goading the others on. One of them did a marvelous imitation of the croakance and he loved to show it off at every opportunity. The batrachophiles spent their time learning to croak.

The meetings of the general assembly were frequent and tumultuous, always dealing with the batrachian problem. Sometimes they ended with shouts of: “Long live science! Down with art!” on one side, and “Long live art! Down with science!” on the other. Because—oh the irony of the logic of passions!—they came to identify batrachophilia with the artistic sense and batrachophobia with the scientific, and to make the two incompatible.

In one of the meetings there at last stood up an eclectic, a mediator, and he said: “Gentlemen of the club; this can all be resolved. Frogs have scientific value. They can be used in physiological experiments. Let us bring microscopes and other technical apparatus and we shall sacrifice a number of frogs to science in exchange for letting the others croak freely.”

“Never, never, never!” exclaimed Don Erminio the poet. “Debasing the frogs to be research tools! As if they were filthy guinea pigs!…Never! Experimental frogs? Never! We would rather allow them to be killed in order to eat their legs.”

“That is to say,” said Don Restituto with irony, “that frogs may be eaten but not dedicated to scientific collaboration?”

“Yes,” replied the other, “it is more noble to be eaten than to serve as anima vilis in scientific research. I would rather be made into picadillo and devoured by cannibals than fall into the hands of anthropologists who cut me up to study me. Down with science.”

“Down with science!” shouted the batrachophiles. And several of them began to imitate the croakance.

The elections for the board of directors were usually very hard-fought. There was, naturally, the batrachophilic candidacy and the batrachophobic, and one of conciliation, as well as not a few combinations among them. Each of the parties worked to find and recruit members throughout the city. And soon all of Cimannis was divided into two great factions. And each one had two newspapers, one serious and the other satirical. The serious were called The Batrachian and The Antibatrachian, and the satirical, The Frog and The Mosquito. When a group of batrachophiles met a group of batrachophobes they imitated the croakance, saying Cro, cro, cro! and the others answered by imitating the buzzing of the mosquito with an Eeee! And then the punches flew. Every batrachophile had on the balcony of his house a bucket of frogs. The others, however, more prudent, did not raise mosquitoes in their homes.

Finally it arrived, that historic meeting of the general assembly in which they resolved the conflict. It had gone on for three hours already and Don Erminio, the poet of the croakance, on one side, and Don Restituto, the scientist of statistics, on the other, would not budge from their respective positions.

“I would rather the pond disappear than to see it without frogs,” exclaimed the poet at last. “Either with frogs or nothing!”

And there was nobody who was shocked by this terrible view of the disappearance of the pond, pride of the garden that was the pride of the clubhouse, pride of Cimannis. Their spirits had reached such a point of exasperation.

“And I,” affirmed Don Restituto resolutely, “would rather the pond disappear than to see it with frogs. Either without frogs or nothing!”

At that point Don Socrates, the philosopher—perhaps he went into philosophy to honor his name—who until then had remained neutral, stood up and said this:

“The time has arrived, gentlemen of the club, for the intervention of philosophy, which synthesizes art and science. We are all in agreement, batrachophiles, batrachophobes, and neutrals. ‘Either with frogs or nothing!’ some have said; ‘either without frogs or nothing!’ the others have replied. And these two dilemmas have, gentlemen, a common term. That common term is: nothing! We all agree on the dilemmatic nothing. It is the triumph of dialectic. So, let us take out the pond!” And he sat down.

“Take it out!” shouted one side.

“Take it out!” yelled the others in reply.

But ever since then, the Cimannis club members go about sad and despondent; it seems that life itself has fled from the clubhouse; the garden is a cemetery of recollections; everyone sighs for the heroic times of the battles between batrachophiles and batrachophobes. Now is when the mosquitoes really bother them, and there isn’t even a pond. But they will replace it, praise be to God! And the batrachian battles will resume.