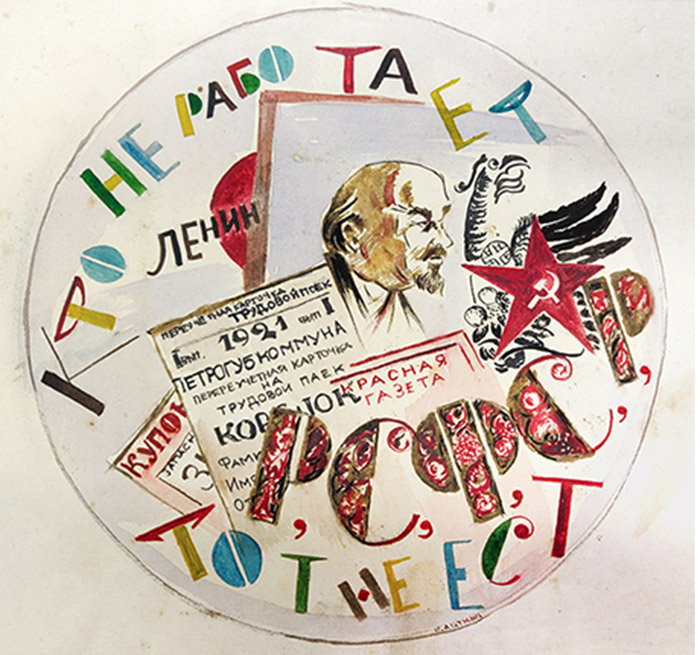 Varlam Shalamov spent 20 years in Stalin’s gulags – the Soviet forced-labor camps, through no fault of his own. Upon his return home, he discovered his wife was forced to divorce him, burn all of his manuscripts and stick to the government decision that he was an enemy of the people. He was forbidden to live in a city with more than 10,000 inhabitants. He attempted to find work as a paramedic, in vain, as nobody was willing to assist an ex-convict. He slept on benches at the train station and lived without belongings, friends or family, betrayed by all, abandoned and fatally ill.

His collection of stories “The Kolyma Tales” (in which this story appeared) is an astute testament to the unlivable life in the gulag. Kolyma, which is situated in north Siberia, is endowed with breathtaking landscapes: pine trees, berries, wild life, brooks and natural resources. Sadly, during the period of Shalamov’s incarceration there, not a soul had the freedom or strength to appreciate the view.

Shalamov does not write like others write – he chisels the words, engraves them on the gravestone that is the page. His writing is honest and concise, poetic, but never melodramatic. On the other front of WWII, juxtaposed with the Nazi concentration camps, are the Soviet forced-labor camps, and Shalamov opens a pinhole view into them, into the cry of horror, into the “Never Forget” of the gulag survivors and while doing so, he succeeds to simultaneously turn the personal account into great literature.

Envy, like all our feelings, had been dulled and weakened by hunger. We lacked the strength to experience emotions, to seek easier work, to walk, to ask, to beg… We envied only our acquaintances, the ones who had been lucky enough to get office work, a job in the hospital or the stables – wherever there was none of the long physical labor glorified as heroic and noble in signs above all the camp gates. In a word, we envied only Shestakov.

External circumstances alone were capable of jolting us out of apathy and distracting us from slowly approaching death. It had to be an external and not an internal force. Inside there was only an empty scorched sensation, and we were indifferent to everything, making plans no further than the next day.

Even now I wanted to go back to the barracks and lie down on the bunk, but instead I was standing at the doors of the commissary. Purchases could be made only by petty criminals and thieves who were repeated offenders. The latter were classified as ‘friends of the people’. There was no reason for us politicals to be there, but we couldn’t take our eyes off the loaves of bread that were brown as chocolate. Our heads swam from the sweet heavy aroma of fresh bread that tickled the nostrils. I stood there, not knowing when I would find the strength within myself to return to the barracks. I was staring at the bread when Shestakov called to me.

I’d known Shestakov on the ‘mainland’, in Butyr Prison where we were cellmates. We weren’t friends, just acquaintances. Shestakov didn’t work in the mine. He was an engineer-geologist, and he was taken into the prospecting group – in the office. The lucky man barely said hallo to his Moscow acquaintances. We weren’t offended. Everyone looked out for himself here.

‘Have a smoke,’ Shestakov said and he handed me a scrap of newspaper, sprinkled some tobacco on it, and lit a match, a real match. I lit up.

‘I have to talk to you,’ Shestakov said.

We walked behind the barracks and sat down on the lip of the old mine. My legs immediately became heavy, but Shestakov kept swinging his new regulation-issue boots that smelled slightly of fish grease. His pant legs were rolled up, revealing checkered socks. I stared at Shestakov’s feet with sincere admiration, even delight. At least one person from our cell didn’t wear foot rags. Under us the ground shook from dull explosions; they were preparing the ground for the night shift. Small stones fell at our feet, rustling like unobtrusive gray birds.

‘Don’t worry, it won’t kill us. Your socks will stay in one piece.’

‘That’s not what I’m talking about,’ said Shestakov and swept his index finger along the line of the horizon. ‘What do you think of all that?’

‘It’s sure to kill us,’ I said. It was the last thing I wanted to think of.

‘Nothing doing. I’m not willing to die.’

‘I have a map,’ Shestakov said sluggishly. ‘I’ll make up a group of workers, take you and we’ll go to Black Springs. That’s fifteen kilometers from here. I’ll have a pass. And we’ll make a run for the sea. Agreed?’

He recited all this as indifferently as he did quickly.

‘Who cares. The important thing is to begin. I can’t live like this any longer. “Better to die on your feet than live on your knees.” ’ Shestakov pronounced the sentence with an air of pomp. ‘Who said that?’

It was a familiar sentence. I tried, but lacked the strength to remember who had said those words and when. All that smacked of books was forgotten. No one believed in books.

I rolled up my pants and showed the breaks in the skin from scurvy.

‘You’ll be all right in the woods,’ said Shestakov. ‘Berries, vitamins. I’ll lead the way. I know the road. I have a map.’

I closed my eyes and thought. There were three roads to the sea from here – all of them five hundred kilometers long, no less. Even Shestakov wouldn’t make it, not to mention me. Could he be taking me along as food? No, of course not. But why was he lying? He knew all that as well as I did. And suddenly I was afraid of Shestakov, the only one of us who was working in the field in which he’d been trained. Who had set him up here and at what price? Everything here had to be paid for. Either with another man’s blood or another man’s life.

‘Great, great. You definitely have to do that. I’ll bring you some… canned food. We can get it…’

There are a lot of canned foods in the world – meat, fish, fruit, vegetables… But best of all was condensed milk. Of course, there was no sense drinking it with hot water. You had to eat it with a spoon, smear it on bread, or swallow it slowly, from the can, eat it little by little, watching how the light liquid mass grew yellow and how a small sugar star would stick to the can…

I returned to the barracks and closed my eyes. It was hard to think. For the first time I could visualize the material nature of our psyche in all its palpability. It was painful to think, but necessary.

He’d make a group for an escape and turn everyone in. That was crystal clear. He’d pay for his office job with our blood, with my blood. They’d either kill us there, at Black Springs, or bring us in alive and give us an extra sentence – ten or fifteen years. He couldn’t help but know that there was no escape. But the milk, the condensed milk…

I fell asleep and in my ragged hungry dreams saw Shestakov’s can of condensed milk, a monstrous can with a sky-blue label. Enormous and blue as the night sky, the can had a thousand holes punched in it, and the milk seeped out and flowed in a stream as broad as the Milky Way. My hands easily reached the sky and greedily I drank the thick, sweet, starry milk.

I don’t remember what I did that day nor how I worked. I waited. I waited for the sun to set in the west and for the horses to neigh, for they guessed the end of the work day better than people.

The work horn roared hoarsely, and I set out for the barracks where I found Shestakov. He pulled two cans of condensed milk from his pockets.

I punched a hole in each of the cans with the edge of an axe, and a thick white stream flowed over the lid on to my hand.

‘You should punch a second hole for the air,’ said Shestakov.

‘That’s all right,’ I said, licking my dirty sweet fingers.

‘Let’s have a spoon,’ said Shestakov, turning to the laborers surrounding us. Licked clean, ten glistening spoons were stretched out over the table. Everyone stood and watched as I ate. No one was indelicate about it, nor was there the slightest expectation that they might be permitted to participate. None of them could even hope that I would share this milk with them. Such things were unheard of, and their interest was absolutely selfless. I also knew that it was impossible not to stare at food disappearing in another man’s mouth. I sat down so as to be comfortable and drank the milk without any bread, washing it down from time to time with cold water. I finished both cans. The audience disappeared – the show was over. Shestakov watched me with sympathy.

‘You know,’ I said, carefully licking the spoon, ‘I changed my mind. Go without me.’

Shestakov comprehended immediately and left without saying a word to me.

It was, of course, a weak, worthless act of vengeance just like all my feelings. But what else could I do? Warn the others? I didn’t know them. But they needed a warning. Shestakov managed to convince five people. They made their escape the next week; two were killed at Black Springs and the other three stood trial a month later. Shestakov’s case was considered separately ‘because of production considerations’. He was taken away, and I met him again at a different mine six months later. He wasn’t given any extra sentence for the escape attempt; the authorities played the game honestly with him even though they could have acted quite differently.

He was working in the prospecting group, was shaved and well fed, and his checkered socks were in one piece. He didn’t say hallo to me, but there was really no reason for him to act that way. I mean, after all, two cans of condensed milk aren’t such a big deal.