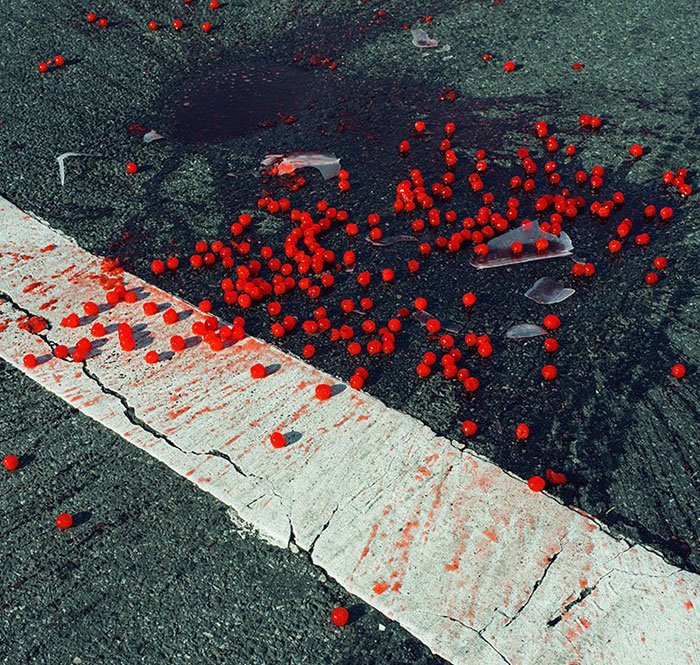 Andrej Blatnik is a fantastic writer. He is also a teacher of creative writing, and this role he fills crosses the boundaries of the class he teaches, because his stories are themselves the best lesson in writing, or what writing can be. Blatnik is also a well-known Slovenian author, who has been translated into many languages. He is particularly famous for his micro stories, which are in many ways considered contemporary classics. His book “You Do Understand” is a collection of brutally sharp, cruel and touching super shorts that address the essence of relations, emotions and intimacy.The two stories published here, “Cracks” and “Mainland”, are an excellent example of Blatnik’s mastery in synthesizing a whole life into one crucial moment. The meaning of life in these stories is reduced to a universal “what-if?” or “what’s-now?” – Questions. These micro stories, which are sometimes horrifying and sometimes subtle, but always describe life-defining moments, are literature at its best.

Many stories have happened. This is one of them. You have a wife, you have kids, you have a job, you have a car, you have a house in the suburbs. It appears you’ll die happy, your children will cry at your funeral, and your neighbors will be sorry you’re gone. Then one night as you’re driving home in the last evaporating tendrils of light, going no faster than usual, there’s a thump, you hit something. You haven’t seen anything, there was just this thud against your car. You stop, you get out to see what’s happened. There’s a child lying under your car, seven, eight years old, you’ve got one just like him waiting for you at home, he could’ve been yours. He doesn’t move. A pool of blood is forming under his head.

You cry out, bend down, feel for his pulse, find nothing. You look around, there’s no one about, the street is deserted. You drive along this street every day without knowing anyone, a housing development, gray and disheveled. There’s no one looking on, all the lights are out.

What now? What do you do when something like this happens to you? You know: were the child to moan, it would be simple. You’d load him in your car and rush him to the hospital. Or call for an ambulance. But you can see there’s nothing to save. When you calm down a little you see the street lamps haven’t come on. You see there are no cars in the street. You turn and look around to see if anyone’s coming, if anyone’s lurking behind the dumpsters, looking on. But there’s no one anywhere.

You’d like to make a call, but to whom? Besides, your phone’s battery has suddenly run out and you realize that nobody would answer even if it did still work. You look at the child again. He seems to have been lying there for hours, his face has grown colorless, the blood under his head dried. You look around again and the buildings along the street seem to be crumbling, the asphalt crackling, huge fissures appearing in the night sky, through which the void will begin to seep in at any moment. You’re still holding your car keys, you look at them, you look at your car and know it will never move again. You drop the keys, they slowly fall into the dark beneath you and you’re not even surprised when you don’t hear the metal strike the asphalt. There is no sound left anywhere. No dogs barking, no televisions buzzing, no phones ringing. Again you bend over the child. He’s getting tinier and tinier and more and more dried out, you look at your hands and wait for the cracks to appear on them. You think: I had a wife, I had kids, it appeared I would die happy. Now things will happen differently. Many stories don’t have happy endings. This is one of them.

This happened back in the day when I still had a full head of hair, way back than it seems now, but back then it was all right here, every night was right here, but let’s not, I don’t want to go into that now.

I’d rather talk about that night, about how she caught my eye out of all the women there, how I said: my, she looks fine! and the laughter broke out, my friends saying, are you out of your mind, she? fine?

I let them scoff, say what they would, and I went over and asked her to dance, and she laughed and said: you sure your mom’s okay with this?

It wasn’t mean the way she said it, though, not mean at all, just nice and warm.

And then I said I’d buy us a drink, and she laughed again and said it was okay, that was nice, and that’s just how it turned out to be, nice, and I didn’t go home with the guys.

And then she told me she’d got the scar on her belly from a captain she wanted to get away from fast, too fast to his mind.

And she said that after that she’d preferred to stay away from the coast, despite being asked to come; the coast’s dangerous, some other captain could happen along.

But then comes a time one must face one’s fears, must go where it’s hard to go, so now she’s here, and she’s having a ball.

She talked some more, she went on and on about stuff I didn’t think was real, or at least wouldn’t happen to anyone I’d ever know, but it had to her, and still did sometimes if she let herself go.

And then I had to, I had to say I had to go, I had to be in my bed in the morning or I couldn’t go dancing anymore, and she laughed and said she knew, that she’d known all along that I’d have to, that I’d go.

And that it had been nice.

The last thing I said was at the door: will you come dancing again?

What look, you ask? Sad.

And I knew even back then that it had been the way it had, so that I would remember every time I walked by, and many other times as well, in sleepless nights, how it had been, then and there, way back when I still had a full head of hair.

*The story “Cracks” is taken from: You Do Understand, Dalkey Archive Press, 2011.

The story is now added to your reading wish list. All the stories you want to read are waiting for you in your new personal area
try it
11
Yotam Reuveni