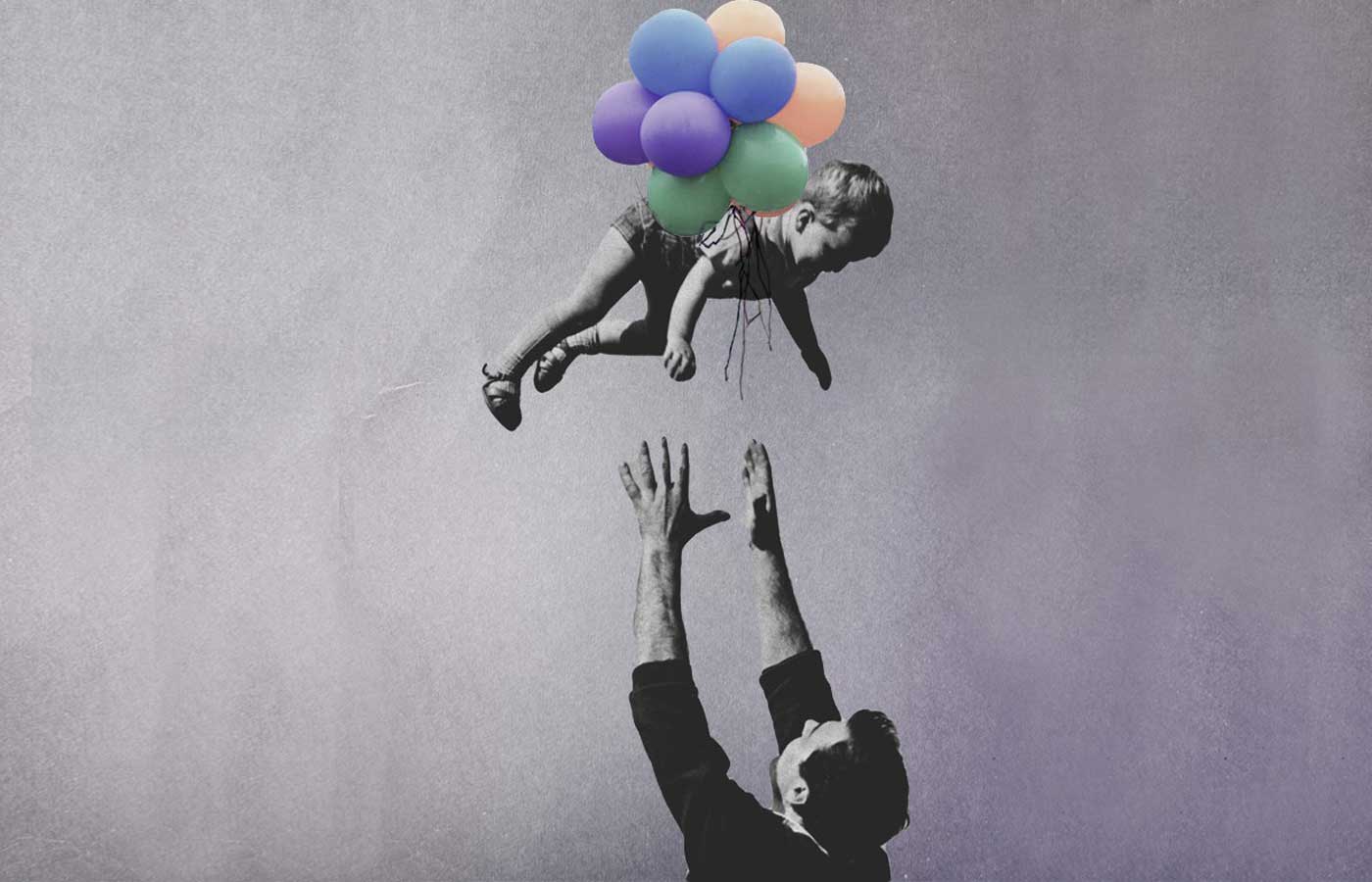 After passing a sign that said they’d soon be entering Natchez Trace, Jorge told his father that it would be a good idea to stop for petrol before they entered the park. His father nodded. For as long as I’m in this country, he said, you’re in charge. Jorge looked at him for a moment and knew that it was hopeless: he’d never change. He pulled in to the next petrol station.

Jorge turned off the engine of the red Chevrolet Cavalier and asked his father if he wanted anything. A pack of Marlboros. Jorge got out of the car, filled up the tank and went into the store. He walked up to the till, which was presided over by an obese woman whose sole and yet more than sufficient good feature was a pair of stirring, extraordinarily sweet green eyes.

“Will there be anything else?” she asked. Jorge asked for a pack of Marlboros and then paid.

“You too,” he answered as he left the store before walking back to the Chevrolet. It was hot and his shirt stuck to his skin; the clouds had cleared away as the morning went on. Thank you, said his father before lighting a cigarette. Jorge got back out on the road.

In four days, Jorge would be receiving his BA in Journalism and his father had come from Bolivia to attend the ceremony. Given that there was little to see in Huntsville, where his university was based, Jorge had suggested they go to Oxford, Mississippi; William Faulkner’s home town. It was just a four hour drive. His father had agreed. Jorge had been very excited by the idea, his uneasy joy at seeing his father again and the graduation temporarily took a back seat: he had always wanted to go to the home town of his favourite writer but something had always got in the way. It was Faulkner’s example that encouraged him to spend all night writing, dreaming of one day becoming a writer himself. But now, in Natchez Trace, surrounded by pine forest and getting closer and closer to Oxford, Faulkner had been banished to a corner of his mind. His thoughts and feelings currently revolved around his father.

Summoning up a gesture from his adolescence, he glanced at him out of the corner of his eye. Why did he always have to look at his father out of the corner of his eye? For a while, after his father had called three weeks ago to tell him that he was coming to attend his graduation, Jorge had anticipated a kind of reconciliation. He must have changed, he told himself. He’s coming after all. Jorge made elaborate plans involving long conversations in bars, bathed in the warmth of good jazz and craft beer. He’d tell his father about his plans and ask him about his life: what was his childhood like? Had he taken part in the 52 revolution? Who had been his first love? What about his years spent in exile in Buenos Aires? Was he still in love his mother? There were so many things he wanted to ask, he felt ashamed at how little he knew about his father. He’d been a moron, unable to take the first step. He remembered the afternoon when he’d knocked on the closed door of his father’s office and a broken voice had asked him what he wanted. He’d asked for a few pesos to go to the movies and the voice had said yes, of course, and when the door opened Jorge had been met by distraught, inconsolable face. Then, however, he’d felt the coins in his hand and said goodbye. He’d never thought of that face again, until now.

Natchez Trace was overwhelmingly solitary: the occasional car, the odd squirrel. On each side of the road was a strange and fascinating combination of dry, dust-coloured trees appropriate for autumn and prodigiously green foliage redolent with the splendours of spring. Jorge was tired of driving. He looked again at his father, who was smoking in silence as he stared out at the landscape. He decided that if there was something he was sure of it was that he wasn’t the one to blame for their estrangement. He remembered their meeting at the airport, the undemonstrative embrace, the smattering of words. He remembered the subsequent couple of days, that familiar sensation, which he always got when he was with his father, that some form of communication was imminent: but said communication was rarely forthcoming. Generally, the rule was circumspection, words were left unsaid, feelings unexpressed. He didn’t say anything because he was waiting for his father to take the initiative. But why didn’t his father say anything? Or was coming so far his way of taking the first step? That had been his first assumption, but now Jorge was forced to conclude that his father had come to his graduation out of a sense of obligation.

So here they were, Jorge thought. A long way from their home country but only exchanging the bare minimum, counting down the seconds until the graduation ceremony came to an end and they could both get on with their lives. He thought about confronting his father, asking him what the hell was going on, was he going to take his silence to the grave? But no, he wouldn’t, he wasn’t capable of such an emotional outburst. Just then, a thought struck him: wasn’t his introverted nature something he’d inherited from his father? Wasn’t he more like him than he was ready to accept? Weren’t they stuck in this complex relationship together? Jorge imagined himself in twenty years, sitting in silence and smoking next to his son as he drove a red Chevrolet Cavalier to Oxford.

“I haven’t read Faulkner in years,” his father said. “I have very fond memories of him. For a time he was my great passion.”

“Really?” Jorge replied. A Mazda passed them at high speed, he could see the woman driving it.

“It was when I was in exile, I was living in a crappy boarding house. You were lucky. I didn’t have a cent for luxuries but my roommate was from Córdoba and he spent all his time reading.  I read his books. I remember lots of Perry Mason novels and a few others by Faulkner. What a combination. I liked Perry Mason a lot: but I just read them, that was it. Faulkner was different, hard to understand, but magnificent, magnificent. And, believe it or not, I never forgot some of the phrases and images. I remember one character especially: Bayard Sartoris. I’ll never forget his melancholy ways, his crazy trips by car, by horse, by plane… Then there was Temple Drake, that was his name wasn’t it? And the story about the woman who slept with the corpse of her boyfriend. And another one about a fire in a stable and the kid who didn’t know whether to be true to his father, to obey the call of his family blood, or go his own way.

“Oh, yes, the great Faulkner,” he went on. “Did you know that for a few days I wanted to be a writer? Yes, I’m serious, the boring old engineer you see before you wanted to be a writer… But of course all I ever did was re-write Faulkner, badly. After a few months of making a fool of myself, I gave up. And that’s life; the guy from Cordóba left a year later and I never read Faulkner again. I thought about it a few times but I never did. Now, thirty years have passed in a flash and I still haven’t.”

Jorge wanted to say something but he didn’t know what.

“Your passion for Faulkner reminds me a lot of those days,” his father went on, staring out at the horizon. “You’ve never shown me any of your writing, but I know you’ll stick at it. I know you’re serious about this and that you’ll write things I would never have been capable of. And you’ll remind everyone, because everyone needs reminding from time to time, that given the choice between pain and nothing, you must always choose pain. That love and pain are the same thing and anyone who finds love on the cheap is kidding themselves. That there’s nothing better than being alive, even if it’s just for the short time we are given to draw breath.

Jorge pulled the car over and turned off the engine.

His father slowly turned his head and their eyes met.

“We haven’t exactly had a model relationship, have we?”

“There’s no reason we should have. Do you know anyone who has had a model relationship?”

“But it could have been better.”

“Some things it’s better not to talk about.”

“I know,” his father replied and he put his left hand on Jorge’s right shoulder. A brief, gentle squeeze. “Now let’s get back on the road.”

“We can chat while you’re driving.”

Jorge made a face, restarted the engine and got back on the road.

But his bad mood didn’t last long. After a while, he realized that that was how things were and there was no point being upset over what might have been. It wasn’t worth being bitter over everything that was left unsaid and all those unexpressed feelings. In fact, he drew strength from them, those and the few real encounters they did have. There’ll be other Faulkners, he told himself. It’s just a question of digging.

Faced with the stunning, intimidating beauty of their surroundings, Jorge remarked that it was a beautiful day.