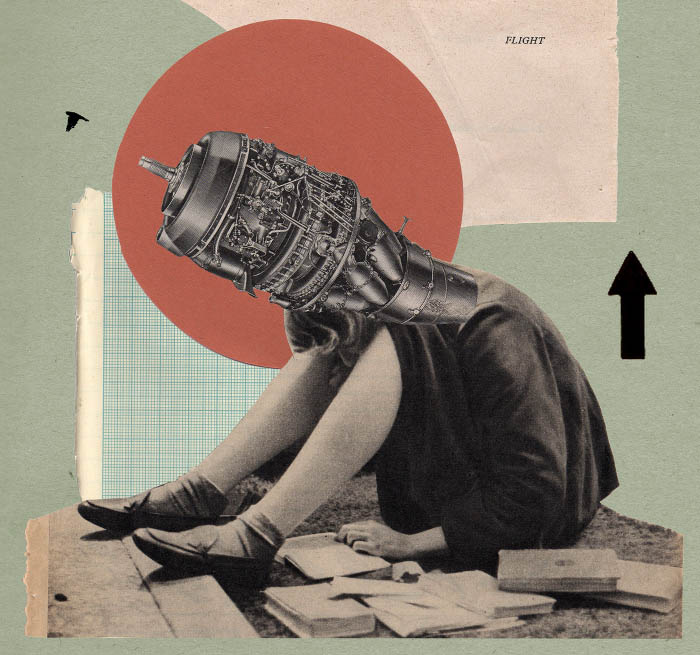 Hilik arrives at about 12. “Am I interrupting you?” he asks. I gesture for him to come in, but he still hesitates on the threshold. “If you’re busy working,” he says, “I’ll come back later. I don’t want to bother you or anything, I was just curious.”

I make coffee and we sit in the living room. He doesn’t drink the coffee, doesn’t even taste it, just sinks into the couch and tries to smile. “I only dropped in to see how it’s going,” he says. “The people at the publisher’s are on pins and needles, dying to read it.”

“Terrific,” Hilik smiles, “I’m glad. Because you know, it’s nine years already. In March, I mean, it’ll be nine and you haven’t written anything since then…”

“I want you to know,” Hilik says as he holds his hands above the coffee so they can catch the steam, “that with your reputation, even not-good will sell. I swear, during Book Week, someone came up every ten minutes and asked when you’ll be publishing a new one. Ask Dubi. After almost ten years, even really-bad will sell. But if you’re not writing at all, then…”

“I’m writing,” I say, “all the time. But I don’t feel like publishing a not-good book, even if you or Dubi…”

“Of course,” Hilik interrupts me, “no one said it has to be not good. It can be good too, goodwill sells even better. Just finish a book already, for God’s sake.”

I know him. This isn’t the first time he’s come here. Soon he’ll start talking about his daughter, the paralyzed one, and then he’ll cry. He always cries in the end. “I’m almost finished,” I say, trying to head him off, “another fifty pages, tops.”

“Fifty?” Hilik repeats suspiciously. “Yes,” I say, trying to sound enthusiastic, “fifty tops. I just have to get the protagonist to kill someone who has it coming, in self-defense. Then he’ll sleep with the sister of the dead guy without her knowing that he’s the one who killed him. And then there are a few more pages of his thoughts as he walks on the beach in Caesarea. And a short epilogue with him in a taxi on the way back to his apartment when he hears about the Coronavirus outbreak on the radio, you know, so the reader can place the plot in a historical context.

“Fifty pages, you say,” Hilik says, clutching the handle of his mug of coffee, “fifty tops and the Coronavirus?” He pauses for a second and then hurls the mug at the wall. A black stain appears on it and begins to ooze towards the floor. “Remember what you told me last time? Twenty pages, you said, Twenty! Twenty pages and the last Gaza War. If you’re not writing, then don’t write, but for God’s sake, we’ve known each other for more than 25 years, even before my Yifat was born, so don’t lie to me.

I don’t say anything. Neither does Hilik. I see him slowly realizing what he’s done. The stain is still oozing, it’ll reach the carpet soon. “Do you have a rag?” he asks after the brief silence. “Don’t get up, just tell me where and I’ll clean it up.” I shake my head, I really don’t think I have one.

“I’m sorry,” he says, “I lost control. It’s not like me. I’m just going through a bad time now. I apologize. Do you forgive me?” I nod. “Good,” Hilik says, “so I’m going now. I don’t want to disturb you… Fifty pages, you said? Great, you really are almost done. Don’t make the ending too depressing, okay? Leave a sliver of hope. People like to feel there’s still a chance.” He stops at the door and says, “I’m really sorry about the coffee. You’re not angry, right? It’s just that, my daughter, she’s in a bad way…” And he starts to cry. I put a hand on his shoulder. Exactly the same one I put a hand on last time.

“Life is cruel,” Hilik says, “a real bitch. Heartless. It grinds you down until there’s nothing left but dust. Write about that. Write something about that. Not now, in your next book.”