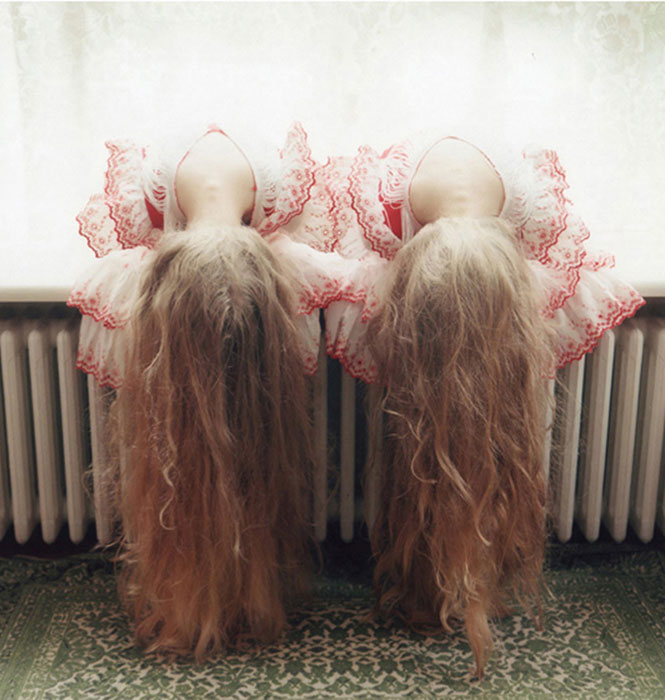 The story “Freezing Water” by Argentinian author Vera Giaconi seems to take place inside a bubble of domestic reality, in which a communication clash exists between the divorced mother and her alienated daughters. The characters move inside their living space as if in different spheres, without the direct contact or familial relations that are based on the typical alliance between subjects who live together under the same roof. A further glimpse into the plot enables the reader to become a witness to the strange lifestyle of the woman, a “freelancer” trying to survive financially by selling food to occasional clients.

A deeper review of this troubling story reveals that the interpersonal communication in the house is carried out only through the mediation of inanimate objects: the television, food, clothes, fabric softener, the only bathroom in the house, dishes, a juice pitcher, doors, and so forth. The objects function as a replacement for language, for the lost human relationship. But because the trade of objects isn’t enough to recreate the lost communication, unbearable tension exists between the objects, the house and the characters: a hermetically sealed atmosphere, void of oxygen, lacking in essence. The characters seem half-dead, the mother views the girls as “little boxes of warm skin,” “women in miniature” who never laugh, girls who communicate between them in English, a language to which she has no access.

In her story, Vera Giaconi performs a conceptual reversal: the human characters are half-dead, while the domestic items turn into anthropomorphic objects that move, wash, “talk,” and by doing so, are responsible for conveying mute messages from one character to the other. The fabric softener is an expression of the mother’s love and care, the television determines the distance and noise between the characters, and the untangling of the sisters’ braids on the way to school is a manifestation of the girls’ rejection of their parent; whereas the three cakes the mother must send to a client, make their way in the taxi on their own, as if they were flesh and blood passengers.

Giaconi’s conceptual reversal grants the story a fictional tone, a tone of helplessness, while based on writing that uses completely realistic tools. The cold shower at the end of the story surprises the mother, or more accurately, gives her, and us, the readers, the feeling from which the story’s characters cannot escape: a life that will remain frozen even after they close the faucet.