00.00
From the Diary of Sherlock Holmes

From the Diary of Sherlock Holmes 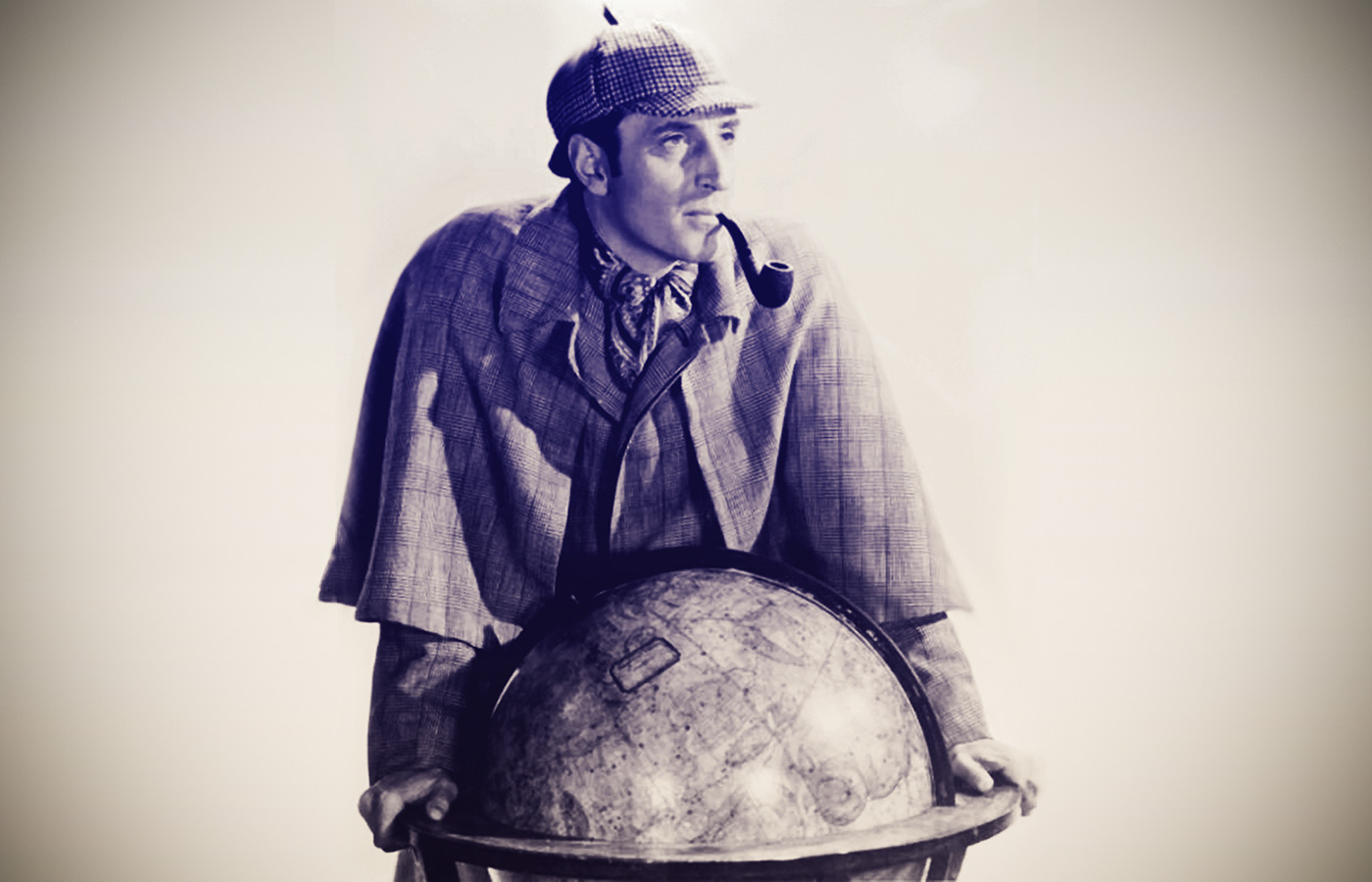 From the Diary of Sherlock Holmes

By Dror A. Mishani

In the last few years, several literature scholars have raised a fascinating theoretical question: Could it be that Sherlock Holmes (and the detectives who followed) was wrong? In other words: Can you read a detective story against the detective’s claim to truth? This short and brilliant story by British writer, poet and essayist Maurice Baring (1874-1945), which appeared in his wonderful book “Lost Diaries” (1913), proves that this question was raised at a time when Holmes and Watson were still among the living. It also proves that the parody of a genre or any literary form is always born at the same time as the form itself rather than after it (as “Don Quixote” is both the first novel and a parody of the novel) and that, generally speaking, parody can itself constitute an admirable piece of literature. This story, to me, is not only a parody of Holmes but one in which the immortal character of the detective is more intriguing and certainly more touching than in any other story.

Starting a diary in order to jot down a few useful incidents which will be of no use to Watson. Watson very often fails to see that an unsuccessful case is more interesting from a professional point of view than a successful case. He means well.

Watson has gone to Brighton for a few days, for change of air. This morning quite an interesting little incident happened which I note as a useful example of how sometimes people who have no powers of deduction nevertheless stumble on the truth for the wrong reason. (This never happens to Watson, fortunately.) Lestrade called from Scotland Yard with reference to the theft of a diamond and ruby ring from Lady Dorothy Smith’s wedding presents. The facts of the case were briefly these: On Thursday evening such of the presents as were jewels had been brought down from Lady Dorothy’s bedroom to the drawing-room to be shown to an admiring group of friends. The ring was amongst them. After they had been shown, the jewels were taken upstairs once more and locked in the safe. The next morning the ring was missing. Lestrade, after investigating the matter, came to the conclusion that the ring had not been stolen, but had either been dropped in the drawing-room, or replaced in one of the other cases; but since he had searched the room and the remaining cases, his theory so far received no support. I accompanied him to Eaton Square to the residence of Lady Middlesex, Lady Dorothy’s mother.

While we were engaged in searching the drawing-room, Lestrade uttered a cry of triumph and produced the ring from the lining of the arm-chair. I told him he might enjoy the triumph, but that the matter was not quite so simple as he seemed to think. A glance at the ring had shown me not only that the stones were false, but that the false ring had been made in a hurry. To deduce the name of its maker was of course child’s play. Lestrade or any pupil of Scotland Yard would have taken for granted it was the same jeweller who had made the real ring. I asked for the bridegroom’s present, and in a short time I was interviewing the jeweller who had provided it. As I thought, he had made a ring, with imitation stones (made of the dust of real stones), a week ago, for a young lady. She had given no name and had fetched and paid for it herself. I deduced the obvious fact that Lady Dorothy had lost the real ring, her uncle’s gift, and, not daring to say so, had had an imitation ring made. I returned to the house, where I found Lestrade, who had called to make arrangements for watching the presents during their exhibition.

I asked for Lady Dorothy, who at once said to me:

“The ring was found yesterday by Mr Lestrade.”

She could not repress a slight twitch of the eyelids as she said: “There was only one ring.”

I told her of my discovery and of my investigations.

“This is a very odd coincidence, Mr Holmes,” she said. “Some one else must have ordered an imitation. But you shall examine my ring for yourself.” Where-upon she fetched the ring, and I saw it was no imitation. She had of course in the meantime found the real ring.

But to my intense annoyance she took it to Lestrade and said to him:

“Isn’t this the ring you found yesterday, Mr Lestrade?”

Lestrade examined it and said, “Of course it is absolutely identical in every respect.”

“And do you think it is an imitation?” asked this most provoking young lady.

“Certainly not,” said Lestrade, and turning to me he added: “Ah! Holmes, that is where theory leads one. At the Yard we go in for facts.”

I could say nothing; but as I said good-bye to Lady Dorothy, I congratulated her on having found the real ring. The incident, although it proved the correctness of my reasoning, was vexing as it gave that ignorant blunderer an opportunity of crowing over me.

A man called just as Watson and I were having breakfast. He didn’t give his name. He asked me if I knew who he was. I said, “Beyond seeing that you are unmarried, that you have travelled up this morning from Sussex, that you have served in the French Army, that you write for reviews, and are especially interested in the battles of the Middle Ages, that you give lectures, that you are a Roman Catholic, and that you have once been to Japan, I don’t know who you are.”

The man replied that he was unmarried, but that he lived in Manchester, that he had never been to Sussex or Japan, that he had never written a line in his life, that he had never served in any army save the English Territorial force, that so far from being a Roman Catholic he was a Freemason, and that he was by trade an electrical engineer—I suspected him of lying; and I asked him why his boots were covered with the clayey and chalk mixture peculiar to Horsham; why his boots were French Army service boots, elastic-sided, and bought probably at Valmy; why the second half of a return ticket from Southwater was emerging from his ticket-pocket; why he wore the medal of St Anthony on his watch-chain; why he smoked Caporal cigarettes; why the proofs of an article on the Battle of Eylau were protruding from his breast-pocket, together with a copy of the Tablet; why he carried in his hand a parcel which, owing to the untidy way in which it had been made (an untidiness which, in harmony with the rest of his clothes, showed that he could not be married) revealed the fact that it contained photographic magic lantern slides; and why he was tattooed on the left wrist with a Japanese fish.

“The reason I have come to consult you will explain some of these things,” he answered.

“I was staying last night at the Windsor Hotel, and this morning when I woke up I found an entirely different set of clothes from my own. I called the waiter and pointed this out, but neither the waiter nor any of the other servants, after making full enquiries, were able to account for the change. None of the other occupants of the hotel had complained of anything being wrong with their own clothes.

“Two gentlemen had gone out early from the hotel at 7.30. One of them had left for good, the other was expected to return.

“All the belongings I am wearing, including this parcel, which contains slides, belong to someone else.

“My own things contained nothing valuable, and consisted of clothes and boots very similar to these; my coat was also stuffed with papers. As to the tattoo, it was done at a Turkish bath by a shampooer, who learnt the trick in the Navy.”

The case did not present any features of the slightest interest. I merely advised the man to return to the hotel and await the real owner of the clothes, who was evidently the man who had gone out at 7.30.

This is a case of my reasoning being, with one partial exception, perfectly correct. Everything I had deduced would no doubt have fitted the real owner of the clothes.

Watson asked rather irrelevantly why I had not noticed that the clothes were not the man’s own clothes.

A stupid question, as the clothes were reach-me-downs which fitted him as well as such clothes ever do fit, and he was probably of the same build as their rightful owner.

Found a carbuncle of unusual size in the plum-pudding. Suspected the makings of an interesting case. But luckily, before I had stated any hypothesis to Watson—who was greatly excited—Mrs Turner came in and noticed it and said her naughty nephew Bill had been at his tricks again, and that the red stone had come from a Christmas tree. Of course, I had not examined the stone with my lens.