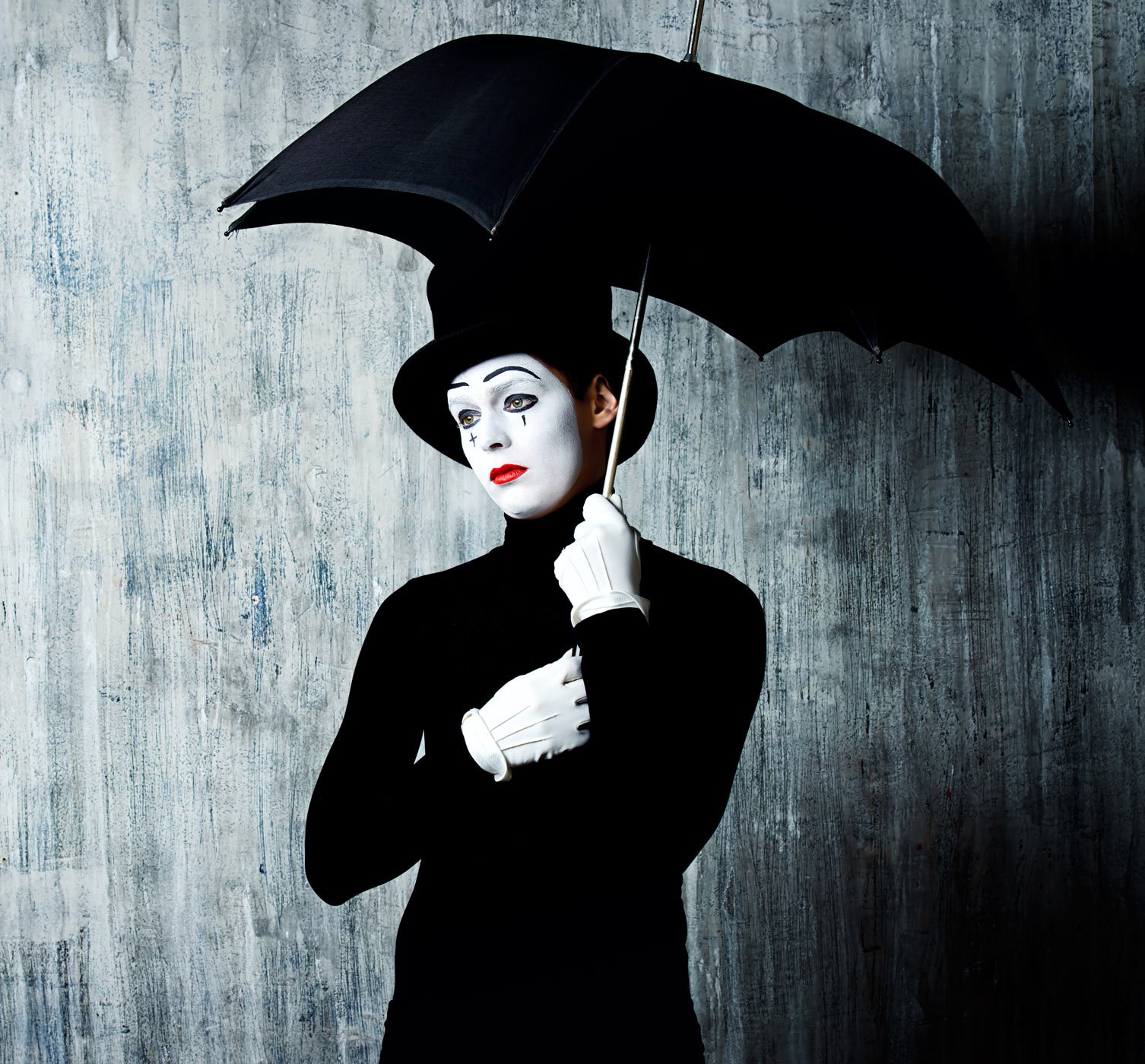 Tommy’s cousin Gabe. Tommy’s distant cousin Gabe from Stillwater, Minnesota. Tommy’s cousin Gabe, related to my husband through divorce and remarriage, in lieu of actual blood, who arrives on my front porch at dinnertime with a duffel bag and fanny pack. Industrial-sized.

Gabe. Two hungry blue eyes, trapped in a giant body. Infinite, knowing eyes of an orca whale. This is Gabe.

Sea monster son of Vickie, the housewife, and Gary, the unemployed architect. Grandson of Lillith, the secretary, and Chester, the inventor of the lightning rod.

Gabe, clinically depressed, he announces at the table after Tommy gets up to go check his e-mail, and not taking his Paxil.

Tommy’s cousin Gabe, who admits to falling in love with married women only, who has flown out to Los Angeles this time to deliver a hardbound copy of The Celestine Prophecy to a married woman he knows in Calabasas.

Strawberry blond, 275-pound Gabe, whose job it is to run employee vacation and incentive programs for Buy Rite International Corporation. Gabe, who can, on any given weekend, fly down to Fort Worth in order to tell several people (always women and usually married) that they have just won a free weekend trip to Cabo San Lucas.

Gabe, who tells me (and my husband’s currently empty dining room chair) that he gives all the women he loves a copy of The Celestine Prophecy. Laurie, Molly, Susan.

GABE EDWARD ARTHUR KAKE. Twenty-four years of age. Recent graduate of a Lutheran university, which he attended over the dead, severely diabetic body of his Catholic father, Gary, the unemployed architect. With undergrad friends from around the globe who were all deported last year, leaving him with absolutely “zero” people.

Gabe, who will be the first to admit he has a problem with Pop-Tarts sometimes, and who asks me, did I know, was I aware, that after he gives out trips to Puerto Vallarta and Acapulco to these married women he knows are married (that he has read about in the personnel files), after they scream and laugh and he gets, quote, “a free hug,” after he asks these selfsame women out for a celebratory drink or dinner and they say no, they are engaged, betrothed, previously committed, whatever! After that did I know that then, stranded in these very foreign American places, did I know that he, Gabe, always goes back to his second-class hotel with no toaster in sight and eats raw Pop-Tarts and turns on the water of the sink full-blast so nobody can hear him crying? Did I know that? Could I guess?

Gabe: moving from topic to topic without changing tone, taking a breath, or blinking, who has had more than just one psychic dream come true in his life, and who, more than anything, wants an Irish setter, because they were described in the Dog Fancier’s book he got free from a friend at work as being full of abounding love, even if there is no one there to receive it.

Gabe, who tells me all of the above while Tommy is still conveniently in his office, MIA. And who tells me, in addition to all of this, that every single untouchable married woman in his life, the Lauries Mollys Susans, he has just now, this very second, realized, remind him of me.

Gabe tells me he is aware that I am married and that I am also thirty-six. “The age difference would be a problem, wouldn’t it?” he asks, and I answer him in all seriousness over the sound of Tommy washing his hands in the bathroom.

Gabe, who would climb into a woman and live there forever like a castaway if she’d let him. Gabe, who has scurvy, practically, from his desire for these pirate-fantasy women he cannot touch.

“I guess I’ll take this as a compliment, Gabe,” I say, when I turn around and find him four inches from me as I finish the dishes.

“Do so,” he says quietly. And then winks.

Porous, soft, almost albino Gabe. Who leaves his advice books about women on the coffee table for me to find after he unpacks. Like Maxim’s Pocket Book of Women, and WOMEN: The Unauthorized Guide, which when I do find them, and of course, open them once Tommy and I are in the bedroom, advise men to speak in a lower register to women because it reminds them of their father’s authority, and to speak in rhythmic tones to women because it lulls them into feeling comforted and protected, and quote, “ready for anything.”

“There’s someone I want to show you to, okay?” Tommy whispers after we hear the squish of Gabe in the living room, lowering himself onto the blow-up mattress, and as he points the webcam toward my side of the bed, I roll my eyes at him before I pull off my shirt.

“You better do it fast.”

Gabe: in the house for eight days so far. Who eats entire bags of sesame sticks covered with Italian dressing and calls this dinner. Who says even though we’ve met him only once before, that Tommy and me, we feel like his only family.

“We should introduce him to Summer,” Tommy says. “Remember? That girl with the e-tutorial for virgins?”

Gabe, reviled by his own body. Gabe, who looks unlived, whose skin is pale, fetal-looking. Whose skin has the milky quality of having been tom from the womb too soon. Gabe, who barely has palm lines, whose eyes trace my silhouette at the sink as he picks gum off the lining of his ski jacket with a butter knife. Gum that got stuck there when he went alone to see Unleashed at the 22-plex because we had to go to one of Tommy’s parties and couldn’t take him.

And finally, Gabe. Who is sitting in the living room with all the lights off when I come home from work on the afternoon of Day 9, cradling my sixty-pound pit bull in his lap.

“How’s it going, Gabe,” I ask, and when he hears my voice, he looks up and smiles beatifically.

And this is when Gabe tells me about “recently,” when he was just sitting at his desk inside Buy Rite corporate headquarters. How he was just sitting there, in his cubby, when he, quote, “hit a wall.” Literally. And his hand popped straight through the particleboard in a geometric circle. Perfectly round.

And at that precise moment, he had to get away from Laurie, typing away in the cubby right next to him. Married Laurie. Wife of somebody else. Laurie, who owns one shepherd mix and one full-bred shepherd, and who, if he’s honest with himself, is actually the one who gave Gabe the idea about the Irish setter and the Dog Fancier’s book too, in fact, when she and the husband invited him over that one great year on Super Bowl Sunday.

Laurie, who was diagnosed recently with both breast and ovarian malignancies. Laurie, who is getting radiation here in Calabasas, by the way, where she is currently staying with her cousin Molly, and her cousin Susan. Cousins and next-door neighbors, he adds. Both already married.

“But it wasn’t stalking her to come here,” Gabe assures me. “Not by a long shot.” They worked together at the Buy Rite. She was sick and it was obvious. Before he punched a hole in it, their cubbies used to share a common wall.

Gabe sighs and nuzzles the dog, who lathers him with her tongue from chin to forehead. “If you hear someone throwing up in the women’s bathroom,” he says, “and you can recognize from the sound of the retching who it is, shouldn’t you go in? Following someone you love to the bathroom isn’t inappropriate. In a perfect, evolving world like the one in The Celestine Prophecy, this kind of service would be called ‘friendship slash concern.’”

“People don’t get fired because they walk into the women’s room, though.”

Gabe pushes the dog from his lap and his shoulders droop. “It was just an e-mail to a few people on the sales floor,” he says. “If someone cares whether or not you die, I don’t see the problem with letting several key individuals know about it, do you?”

“Wow, Gabe,” I say, staring across the coffee table at him without blinking. “A group e-mail.”

“I know,” Gabe sighs, bowing his head. “Do you think I could get a free hug?”

Gabe, in my living room with a swirl of black dog hair on the pocket of his button-down.

Gabe, who promises, as our arms jerk uncomfortably around each other, that on his next visit he will definitely give me a copy of The Celestine Prophecy, or have one of Laurie’s cousins from Calabasas drop it by. Either one.

Gabe, who leaves on Day 10 while Tommy is doing errands, requesting a ride to LAX five and a half hours before the departure of his plane. Who we will not hear from him again until we receive his family’s Christmas letter two months later. “Gabe got fired from Buy Rite for some reason,” it says, “and Gary has to get his leg amputated in April from the diabetes. His attitude is positive and he wants to start playing golf.”

Gabe, who tells me at curbside check-in that he may try for an accounting position at Fingerhut, a company that sells women’s clothing patterns throughout the Midwest. Gabe, who I wish I could tell, before he departs this less than clean Nissan, that Tommy, he never leaves the house to do errands without his laptop, not anymore. Gabe, who makes me think:

Why are we put here if not to live in torment?

Who makes me wonder: How can our gods bear to watch us do it?

Gabe, who makes me want to cry out to whoever’s in charge, like Isaiah did or something, with a voice lifted up to every mountain rough place, across every fertile valley and desert highway, every scarred, uneven plain, to the east and to the west, to starboard, port and aft, up and down this barren concourse of strangers.

And consider: every ticketed passenger dragging a secret suitcase, each daughter of Egypt and son of Israel traveling first-class, business, or otherwise. Calling all of them by name: every lifestyle enthusiast and compulsive masturbator.

I am Begging. Please.

To the Chief of Operations. The One who has measured the waters and marked off the heavens, supposedly, with the hollow of His fucking hand.

Won’t somebody, somewhere. Someone human, anywhere?

Won’t some person who is not already married or dying ever love this naked Gabe?

The story is now added to your reading wish list. All the stories you want to read are waiting for you in your new personal area
try it
30
Jennifer Vanderbes