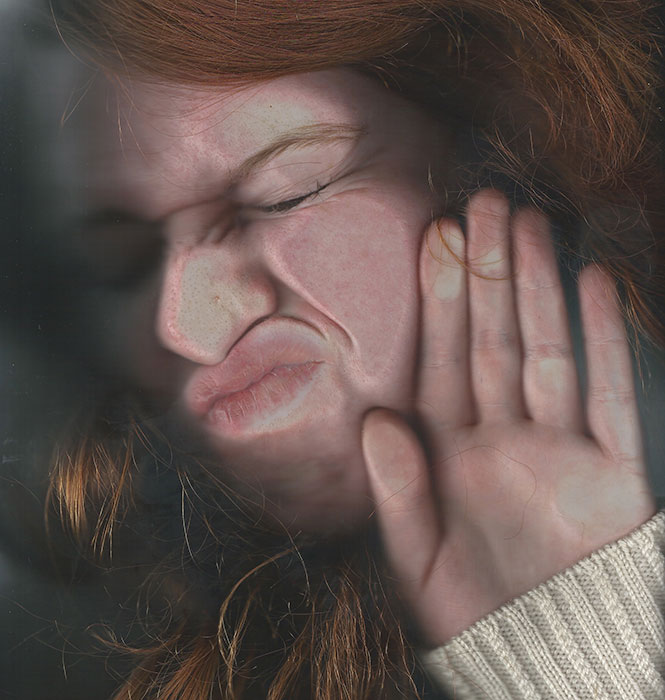 It happened in Guadeloupe, the island that lies in the Pacific ocean. The volcano of Guadeloupe conspired to erupt at any moment.

Let the reader take shelter and wait, for what we are concerned with here isn’t an ordinary volcano but a woman, a Guadeloupian, a secretary by profession and utterly nervous.

Her boss’s success went to his head and sat there like a fat louse, as he ordered her to type, at once, in duplicate, to punch holes,to file; and bring coffee, instant, two sugars, that’s all, and not to make such a big deal out of it.

But Guadeloupe, well, she was fed up with being told all the time what to do, and her fues blew just like Bob Beamon in the thin air of Mexico City.

So that she and her nerves could spend a few moments in private, she shut the door to her room and went over to the corner, where a window, Swiss scenery and snow – in August – grew on a calendar. The plan rose to her head of its own accord, she didn’t have to open any drawer.

Underneath Switzerland stood the photocopying machine called Xerox. She lifted the lid, took a chair, climbed up and lay down on the glass. All kinds of limbs spilled over to the sides. She collected them and tidied them up, so that everything would fit in the format. She closed the lid on herself gently, like you close the lid on a coffin, or cover a baby. Then she pressed “ON” and closed her eyes real tight, so as not to be dazzled.

From closing her eyes so hard she fell asleep. From sleeping so soundly she didn’t hear the birth pangs of the machine creaking nor see herself being born. Her-self born from the Xerox was very much like herself; same secretary, same smile, what’s there to say? A carbon copy. Two hundred percent her.

Her eyes were already open, she was enveloped in the white reality around her – she was almost convinced that she was in paradise or at least in Switzerland, until she realized that the white was the top of the walls; the ceiling was so close, immediately she was swept by an urge to hit it with a kiss. Why not? Even an island sometimes longs to loosen it’s boundaries.

Her waist level had risen by a metre. Her knee peeped through the key hole. Her broad hips, one of the many Achilles’s heels she nurtured, had doubled as well. Luckily the Xerox magnifies everything in proportion and not the way it usually happens, that if something grows a little, right away its hang-ups develop in geometric progression, too.

The most accurate word to describe the woman who emerged from the Xerox would be: ֺmֺoֺnֺuֺmֺeֺnֺt.

All of this, everything that happened behind the closed door and must sound to you like a tedious lecture – didn’t take longer than a few seconds. Time is an amazing schizophrenic, time is manic. Time flew, and the door opened to welcome it.

Ah, what a laugh it would be, to look down on the situation: Her boss, terrified in his chair, as tiny as an out-of-control mini R.P.V., dwarfish, even if he were to overcome his paralysis and stand up, he would hardly tickle her ankle.

Anxiously, he watched those legs marching toward him. “Just don’t lose your nerve”, she repeated to herself, “Keep cool, walk slowly and softly, and hush, don’t awaken her compassion, lest the whole plan go down the drain.”

When she reached him she picked him up by his white collar which was already soaking wet with cold sweat. He cursed himself and wept in silence. Why did he have to be such a big spender and invest in sky and scenery, what was wrong with his last office, as if the sky only existed on floor forty-four. His feet drew little whirlpools in the air. He was positive that this was ֺiֺt.

But the secretary had other plans for him.

“Just you wait,” she said, “it’s not over yet.” He felt her hand, the one holding his neck, bringing him closer to her face, Looking at him eye to eye, like he used to do with his chihuahua when it was a puppy and left its poop on the carpet.

“Now,” she said, making her journey to the Xerox, “I’m going to make you ֺtֺhֺiֺs sֺmֺaֺlֺl.”

And so she did. It was very simple. All the buttons were already set, all she had to do was change the percentages from enlargement to reduction, and to press. Before she closed the lid on him she still managed to hear all kinds of voices promising her bonus shares, exclusive monopolies, compound interest, and other paired words which boast that if there are two of them, then they’ve got the world in their pocket. She tried to imagine to herself what it would feel like to have the world swelling in your pocket, like a prick. If I was a man, she said to herself, that’s probably what I would think. She didn’t know how to explain why she was suddenly very happy to be a woman and not a man.

She took a deep breath and pressed.

Until something emerged, something the size of a fountain pencil.

Miniscule fingers and a Lilliputian snout, a shining peeled pate. A sweet little dwarf, she almost duplicated a dozen. Luckily she stuck to the original plan. She turned away and sat down, overflowing the leatherarmchair, while he, a kinetic executive’s gadget, was placed among the papers on the desk, and regiments of words stood on the ramp of her tongue ready to jump, like paratroopers, into the unknown. Terrified, the eyes of the boss watched the hand, began to move, writhing towards him like an anaconda. He knew it was the end, that his life was about to turn into puree. Now, he thought, I’ll see it passing before my eyes.

And indeed this is what happened. All his miserable life passed before him frame by frame and it was definitely no thriller, he had to admit, all in all his life had been quite dull and dreary.

Apart from that there were all sorts of parts which did not find favour in his eyes or his ears. Whoever said that the movies were silent was either lying or dead – fact: the boss heard the barking of the chihuahua very clearly. He remembered how it peed joyfully in his honour every evening when he came home from work. And how, instead of being happy in return, he would shove the chihuahua’s gleaming nose into the puddle and say Fooi! And how the insulted chihuahua would nevertheless try to lick his cheek, and how he wouldn’t let it, even though it felt nice, because it wasn’t educational.

A warm wetness trickled down his cheek. He thought about his chihuahua, which would remain without him, who would look after it? He knew that he looked very unprofessional and even foolish crying, but it made no difference to him. By now he didn’t care about anything any more. His head emptied out of everything that was inside it (mainly figures and facts). If only a good fairy would show up here, he thought, one of those blonde ones with a wand and a wish, I would ask her to let me pet the chihuahua, one last time.

There was once a wise man who said “Everything is water”, and then another, even wiser, came along and said “Everything flows.” They were both right. The island of Guadeloupe was sunk up to the neck in the ocean, the boss streamed tears. And Guadeloupe the secretary?  Something strange coneived within her, too.

A sweet torrent of spit flooded her mouth. Spit is no joke, nor words. All the nasty words she was about to pour onto the boss’s head dissolved in an instant. What’s happening here? She was alarmed. Was she losing control? whiTher the fantasies painted by her demonic desire; how she

would lie him on the desk and pull off his legs one after the other, and all his other limbs too, one by one, or – and this could be even more  fun – force him to type her an apology in writing, by jumping from key to key.

What had gone wrong, that suddenly all these ideas did not seem so splendid?

She sat in the armchair, an overgrown secretary, sister to Og of Ashtaroth, choked with emotion, and how could she have guessed that her heart too had doubled itself. Suddenly she felt like cupping the boss in her hand and stroking him.

The boss’s closed eyes did not prevent him from looking into the cruel reality. He knew all too well that there are no good fairies. Neither in Guadaloupe nor at all. He dreamt that he was his own chihuahua, and how he was being stroked, and also that it was him stroking the chihuahua. Shivers of happiness shook him. Rivers of tenderness streamed through his body. Then he dreamt that he was gliding through the air, that he was being covered, and then there was a great, dazzling light, the kind that penetrates even closed eyes. Mommy, he thought in terror, this must be the light they talk about, the one you see at the end of the dark tunnel, before you… he didn’t want to say the word.

“You can open your eyes,” he heard a soft voice. He had no idea if he was in Paradise, hell, or limbo. Oh my God, he thought, I knew it, God’s a woman.

*Translation © The Institute for the Translation of Hebrew Literature.