Guess Who Was at the Party? 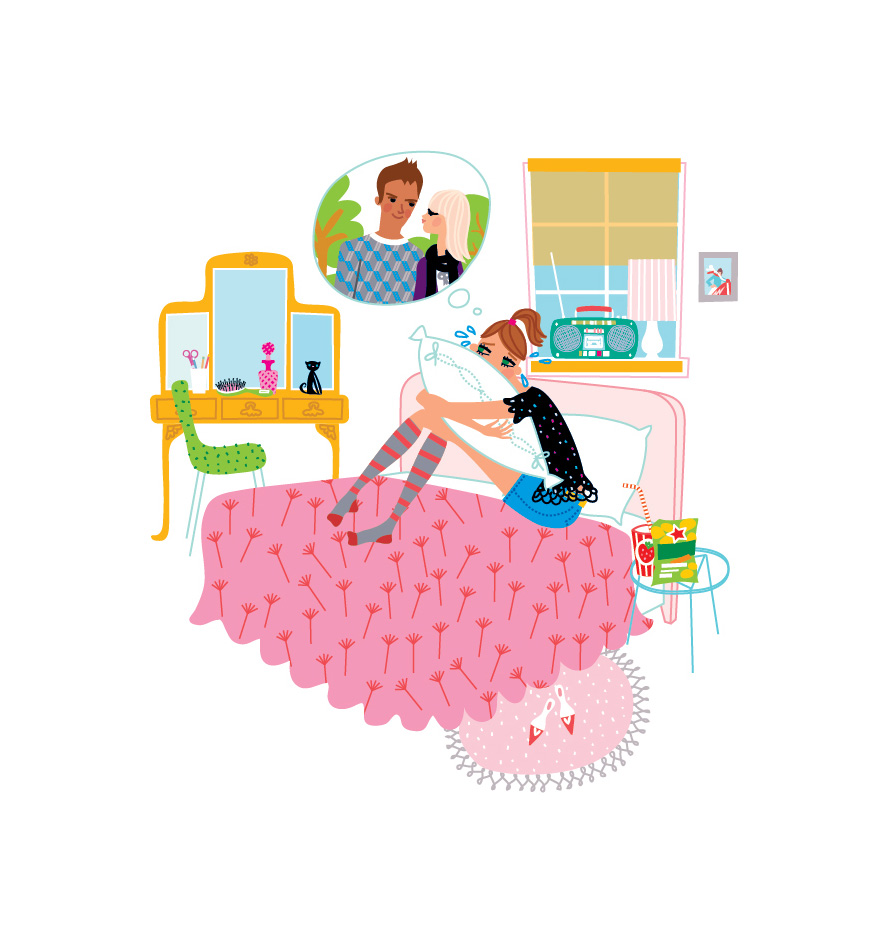 Guess Who Was at the Party?

The city had never been smaller. Everywhere she went she saw him, saw her, or worse, saw them together. They looked wrong together, that was obvious to everyone, but still, when she saw them and when she would look down and pretend not to, it made her stomach wrench. Guess Who was small, terribly small, small like illness, which, she thinks is all part of the reason why he felt he should stay. Guess Who looked like she might just fall over at any minute. Sometimes she thought of flicking her—just walking up to her and flicking her shoulder with her long pointer finger and Guess Who would go toppling forward, knocking her teeth out on the sidewalk.

He was solid, too solid probably, more like thick. He had some bad points, which she tried to focus on. Grooming was an issue, although sometimes it was sweet—the little tufts of nose hairs that crept out in a laugh, the way his hair stuck up like enthusiasm—but certainly this sweetness would pass and she would be left with him, disheveled and thick. Although, after five years, Guess Who didn’t seem to mind, or at least, didn’t seem to think that they were points important enough to let him go over. Maybe she even liked his faults. Maybe they kept him with her. Maybe he looked in the mirror sometimes and thought, No one else would have me. Insecurity can make you feel safe, sometimes.

She would have him, though—faults and all. She liked how he was tall like her, not like other men who just kept shrinking. No, he was tall (it was all in his legs, but even so), and when they walked hand in hand she didn’t feel at all like she was walking a dog—stopping to allow him to keep up. They had the same rhythm, and sometimes, after coffee, they both got crazy and laughed and bounced down the street and talked about things that last forever—houses, kids, friendship. That’s how it started, see, with the friendship, that was how she was able to get so close without Guess Who getting territorial. She wasn’t trying to mess things up, she just heard how sad he sounded whenever he’d say, I have to go home now.

He is still confused, however. He still calls sometimes and just says, Hey. It is a small city, after all, and so it happens quite often that he sees her. Mostly she is walking alone and quickly because she has things to do, many many things. She keeps herself very busy which he admires. Guess Who doesn’t have a job. Guess Who used to bake but worked somewhere where termites fell from the ceiling into her cakes and so she quit. Lame, she thinks. Guess Who couldn’t cut it. She bakes too. He used to love her baking because it always flopped but tasted like heaven. He told her every cake should fall apart and every pie should sink, otherwise they’re just too pretty to eat. Guess Who makes beautiful cakes.

The last she heard through the network of friends involved in the matter was that he’s not with Guess Who anymore. (Not that there is any matter anymore for her, she dropped out. She said, Have him, and walked away—she was tired). Fantastic, she thought, just what I need. After all the back and forth and back again, now that he was forth, she wanted him to stay that way—just to keep her sane. Didn’t he at least owe her that, a little bit of sane?

She was going to a party, it was one that she had every right to attend. Unfortunately, it was also one that Guess Who had every right to attend. It was a party of Mutual Friend. She got her hair cut. She bought a new shirt. She wore the shoes she sometimes felt bad for being so fancy in the back of her closet. She put sparkles on her eyelids and gloss on her lips. She had a good smile and was going to use it that night. She practiced at home telling jokes to her sister’s iguana. You guana go to? I guana have a shot of Jack before I leave.

At the door, she rang the bell and Guess Who just happened to walk up behind her. Guess Who said Hi, like she meant it. Funny, she thought and grumbled something. All things considered, they shouldn’t be talking. All things included the fact that she slept with Guess Who’s man and she fell for him and she waited—not so patiently—for him to choose her, which he didn’t. Guess Who was well aware of the facts, but was friendly as fire there at the door. Guess Who said, He’s not coming. I haven’t talked to him, have you? She just grumbled something and then ran inside the door as fast as she could. Guess Who yelled behind her, I like your shoes!

She immediately drank enough to feel comfortable and then alternated a drink with water so as not to lose her edge completely—she felt somewhat on the defensive lately. She noticed Guess Who drank quite a lot. She was a little afraid that Guess Who would become the life of the party and so she kept an eye on her. She tried to laugh a little bit more and a little bit louder. She laughed at a guy who looked like ‘Where’s Waldo’ and who explained to her that he liked natural women. By this he meant hairy and so she was out of the picture. She also laughed at a man who was visiting from Cali, as he called it, and said her aura was all flipped out. Come to Cali, he said. We have yard sales.

She left him and headed for Mutual Friend when guess who appeared at her navel. Guess Who said, Hey and What’s up and other odd and bothersome things. Again she grumbled and tried to talk to Mutual Friend, whose eyes grew wide like fright when she saw her standing next to Guess Who. She could never tell whom Mutual Friend sided with more, which made her a bit uneasy. She’d like to be able to talk about Guess Who when the subject came up. She would like to say something like, I had a dream that I was carrying a beautiful old carpet bag and when I opened it Guess Who was inside and so I closed it up and sold it at a vintage store; but she didn’t. She would like to say (mostly when she saw him and Guess Who walking all out of sync holding hands) that she could eat two Guess Whos and still not be full, but she didn’t. Instead, she tried to walk away from the situation but Guess Who followed her. She walked away quickly and sat on the floor, which was a mistake because then guess who had a better vantage point to talk to her face. What do you want? she finally said. Guess Who just smiled.

She is an artist and is known for putting stickers on people at parties—kind of like walking, talking public art. This time she had some that said, THIS SIDE UP, and everyone got a kick out of finding them on their pants pockets, shirt sleeves and shoe tops. One man took it off of his shirt and put it on his groin. He just wanted a reason to point there, she thought, men like that sort of thing. She was just about to begin to have a good time when she noticed Guess Who following her again. Your hair looks good—Guess Who said that. I dyed mine; can you tell? Guess Who’s eyes were droopy and she looked like she’d be even easier to topple over. She thought maybe if she just blew in her general direction, Guess Who might fall over, and jam her eye in on the end of the table. This was the kind of thing she thought but didn’t say out loud. She felt someone touching her back and she turned and Guess Who was there. What are you doing? she asked the little illness, but Guess Who just laughed. A few minutes later, Mutual Friend walked over and risked the appearance of taking sides by telling her that her back was covered in stickers that said, THIS SIDE UP. Who did it? she asked, although she already knew. Guess who? said Mutual Friend.

She went into the bathroom and took off her shirt to remove the stickers. One was flattering, meant you were a part of things; many were humiliating. She looked in the mirror and decided that she still looked good and went back into the party. Guess Who was outside the door. She was leaning on the wall and looking like she might fall over all by herself. Guess Who said, I haven’t talked to him have you? and started to cry. She said nothing and tried to walk away but Guess Who grabbed her and pulled her down to her face. She’s trying to kiss me, she thought and she pulled back fast. Guess Who fell down. Mutual Friend came over and gave her an evil look. She tried to kiss me, she said, and then, realizing that would never be believed said, she tried to hit me. Mutual Friend arranged to have Someone take Guess Who home. Someone was short and stocky and put Guess Who’s arm over his shoulder and walked her out. She looked like a child—her feet weren’t quite working like they should. She felt bad for her and yelled up that, no, she hadn’t talked to him either. Guess Who just lifted her head and looked at her and smiled.