00.00
I Only Blast Under Written Orders

I Only Blast Under Written Orders 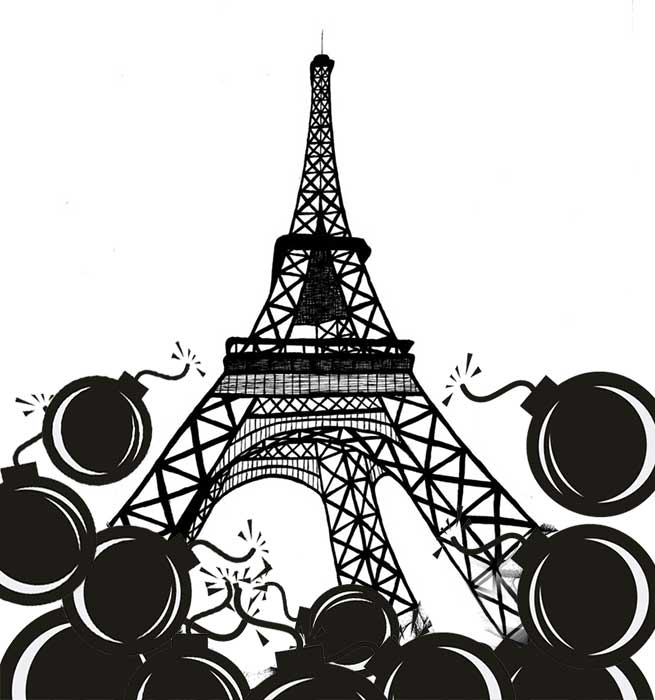 I Only Blast Under Written Orders

Sergeant Guy Bohn was a lawyer in civilian life. In the winter of 1939 he had been transferred from active front line service as a soldier of France near the Luxembourg border because of a serious lung inflammation. Now he was serving in the LEGAL SECTION of the Engineering Corps. On June 12, 1940, a Wednesday, the commander of the Corps, Colonel A. Reginbal, summoned Bohn to his office. Bohn’s file revealed that he had completed a course in the blasting of steel structures and iron bridges.

Reginbal disclosed to Bohn that he was to blow up the tallest and most powerful radio antenna in France, and with it the Eiffel Tower to whose tip this antenna was attached, before the German 18th Army marched into Paris. Bohn’s first response:

As Bohn knew, according to the Engineering Corps’ service regulations only an active officer was authorized to carry out a demolition on this scale, not a member of the Legal Section with the rank of sergeant.

— I regret, sir, that I cannot carry out your instructions.

— It is not instructions, but an order. You are the only man with the necessary skills.

— No doubt. But without authority.

— With my consent you have the authority.

— Will I receive the order in writing?

A number of uncertainties. Paris had been declared an open city, which meant that “hostile actions” within it were prohibited. The blowing up of a structure important to military communication was undoubtedly a hostile act. Bohn saw a double danger. He could be called to account by his own disciplinary authorities, when these re-established themselves after the temporary loss of Paris, and the enemy, should Bohn fall into his hands, could also try him under martial law as a saboteur (i.e., for violating the status of Paris).

— A blasting on this scale requires a squad of engineers, fifteen strong. In addition I will require the building plans of the tower. I have to know whether niches for explosives are provided for.

— You are willing, therefore?

— I didn’t say that. Even if I have all these things, such an undertaking requires two days.

— Those you have, assuming the Germans wait that long.

— Do you think they will, Colonel?

— We have to start from certain assumptions.

— With powerful enough explosives the tower will perhaps collapse. But even if it tilts to the side, no one will be able to repair the damage. It would be an act of war.

— Acts of war are not permitted.

— You don’t need to tell me, Colonel.

— We find ourselves in an extraordinary situation.

— Under martial law there are only extraordinary situations.

— As your superior I’m giving you the order.

— I do not have to carry out an illegal order. I will be told: You are serving with the engineers as a lawyer.

— In war everyone does what he can. You have had training as explosives expert.

— Yes, but not in order to use my knowledge in an open city.

— You want to shirk your duty.

— Not at all. I am expressing misgivings about your order.

The colonel was silent. Bohn’s fundamental reason for refusing was not discussed: How can one blow up the symbol of Paris? The fact that foreign troops were going to occupy the city—as before in 1815, as before in 1871—was not sufficiently unusual. The colonel appeared agitated. By character Bohn was not a man of principle. And he would have enjoyed a large-scale demolition. But he did not possess sufficient presumption (“egotism”), to summon up the courage to be the DESTROYER OF THE EIFFEL TOWER. The nervousness, the turning upside-down of emotions in the great city on this Wednesday (the German troops did not in fact move in until two days later), could be expressed by other means. The colonel, too, hesitated. He instructed Bohn to remain at headquarters, to await further orders.

In the 1930s there was a radical shift in the image of intellectuals. While still studying they enrolled for practical courses, they wanted to get a training in something useful, appropriate to the CENTURY OF THE DEED. Young lawyers, doctors, the students of the grandes écoles, future parliamentarians, orientalists signed up for pilot, parachutist, and demolition courses, for survival training in North Africa, etc. Thus they shortened both their military service and their studies. Professionalism, according to Saint-Exupéry, grips head and hand. Which corresponds to the professional image of the engineer.

This future-oriented image of man, however, was of little use in defensive situations, characteristic of France at the time. Could the feeling of fear, the raging anger in the headquarters’ staffs in Paris be given a quality of attack? Through the radio the French armed forces still ruled over a world empire. At 3 p.m., so swiftly did the hours pass, Bohn was again called to the colonel’s office. Now the Eiffel Tower was not to be blown up after all; nor could the building plans be found. Instead there was something else. Just over a mile to the south of the Paris city line, hence just next to the OPEN CITY, in the Fort of Issy-Ies-Moulineaux, there was a military transmitter, a steel construction with two towers over 200 feet high, an object, therefore, not dissimilar to the Eiffel Tower, but not equally loved by the populace; this was the switching station, via which French troops in Syria could be reached by radio.

Bohm, with two suitcases full of Melinite in small bars, set off immediately. No vehicles in the courtyard. He made his way to the southern edge of the city by metro, no taxi at the terminus. The installation, which Bohn found, consisted of two Steel towers, 140 yards apart. They stood on curved supporting columns similar to those of the Eiffel Tower. Bohn deposited the Melinite under the pillars. At moments of danger action affects brain and nerves like a drug. More explosives, that was what Bohn needed. At a barracks he extorted the provision of a truck and a driver. He held the box with mercury fulminate detonators on his lap, though in the event of an accident still not far enough away from the explosives in the back. He was not sure whether he could reckon on official acknowledgment were he successful.

Evening fell. There was a west wind. The manual for conducting the blasting of steel frame structures, which he leafed through while eating a snack, dated from 1890. At 10 p.m. telegrams from the Eiffel Tower to be forwarded to Beirut were still arriving at this transmitting installation, which was manned by seventeen wireless operators. At one a.m. all French overseas stations were informed that the transmitter would now shut down.

An hour of leave-taking. An hour of excitement: they smashed the transmitting apparatus with hammers, cut the wires with pincers. At four in the morning day broke. The men moved off. Bohn lit the fuse with a cigarette. He ran, counted to 110. A single dry explosion, a rain of metal.

The second of the towers fell on the transmission building. A bonus. Sergeant Bohn inspected the wrecked pillars, the gaping hole, where only a short time before the main installation had been sending immaterial communications to the most far-off lands. At 8.30 a.m. Bohn arrived at the foot of the Eiffel Tower. He still had a reserve of explosives in the truck. Now, tired and unreflecting, still under the influence of the drug of action, he would have been ready also to topple this tower. A squad of engineers was available here. They smashed the generators on the first platform with blacksmith’s hammers. What advantage could the Germans have had from radio contact with Syria, Senegal, French Guiana, the Pacific, assuming they had French-speaking wireless operators with them?

The commander of the fort later wrote a DESTRUCTION REPORT about the professional demolition of the towers at Issy. There was no praise for Bohn, but also no punishment. When Bohn—this was still before the German forces marched into Paris—requested permission to inspect the remains at the fort, he was turned down. So for a short time he attended to putting his files in order. What else could he do for his country now?

The light of the sun—it’s never enough

Too sluggish is the planet’s path.

*This story is taken from: The Devil’s Blid Spot, Tales from the New Century, copyright © 2002 by Alexander Kluge.

The story is now added to your reading wish list. All the stories you want to read are waiting for you in your new personal area
try it
11
Yotam Reuveni