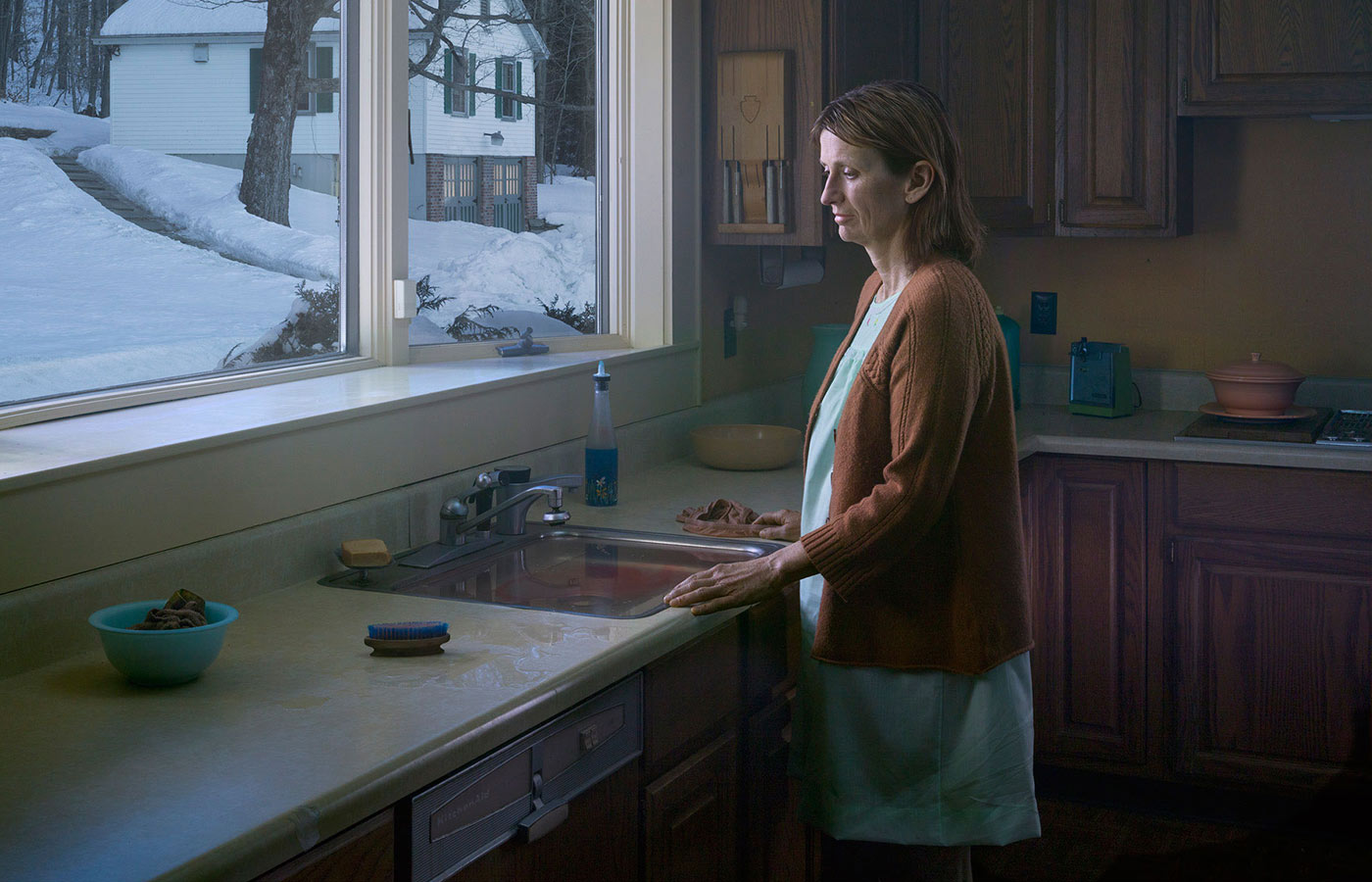 A woman irons – “I stand here Ironing” in a continuous present. Her life rolls on and she irons; straightening the creases and hiding the wear and tear that result from overuse and repeated cleaning. She straightens the creases with the heat of the iron. Probably, over the years, the creases transfer from the clothes to her body, the body that stands bent over the ironing-board in labor. Perhaps ironing for pay or perhaps ironing for members of her household, it is only hinted she irons for her livelihood. In one sentence, quoting her eldest daughter, it is revealed by the narrator that she stands and irons all the time, well into the night. This story endows the woman, the mother, with the right of speech, and her monologue depicts an often-hidden reality and the causes that bring it into being. Hidden circumstances, revealed like a paper cutting, or perhaps like trees that grow in weird directions that are impossible to understand without knowing the angle of the sun that shines upon them, the specific slope of the ground, or the branches that were removed and chopped away, which allowed them to grow in this particular fashion. After reading, we are left holding knowledge only by negation. We only know little of the girl and even less so about the life of the woman turned mother. The emphasis is on what is for the most part left outside the story, the seemingly transparent matters, the history, usually removed in editing. If the daughter were to become a successful comedian, the entire affair will probably be omitted from her story, reduced to a line about her childhood. The mother often wonders what is the value of telling the story, why does her recollection or the circumstances matter, “Why do I put that first? I do not even know if it matters, or if it explains anything.” Nonetheless she continues, telling of her life of constraints. Tillie Olsen (1912-2007) was a Jewish-American writer, renowned for her book “Silences” in which she gathered silences: the causes for writers’ silences, the silences preventing something of becoming, which prevent women and men from expressing themselves, which prevent literature. Olsen, with a subtlety that is also apparent in this story, sees the potential and possibilities, and attempts to illustrate what prevented them from actualizing. The causes due to which the tree grew as it did are all that remains, much like the silences, and to gather and signify these causes is like an attempt to stop the iron from straightening the creases – reminding us that we are not helpless.

*This story was published in: Tell Me a Riddle, Lippincott, 1961.