In Praise of the Hurricane 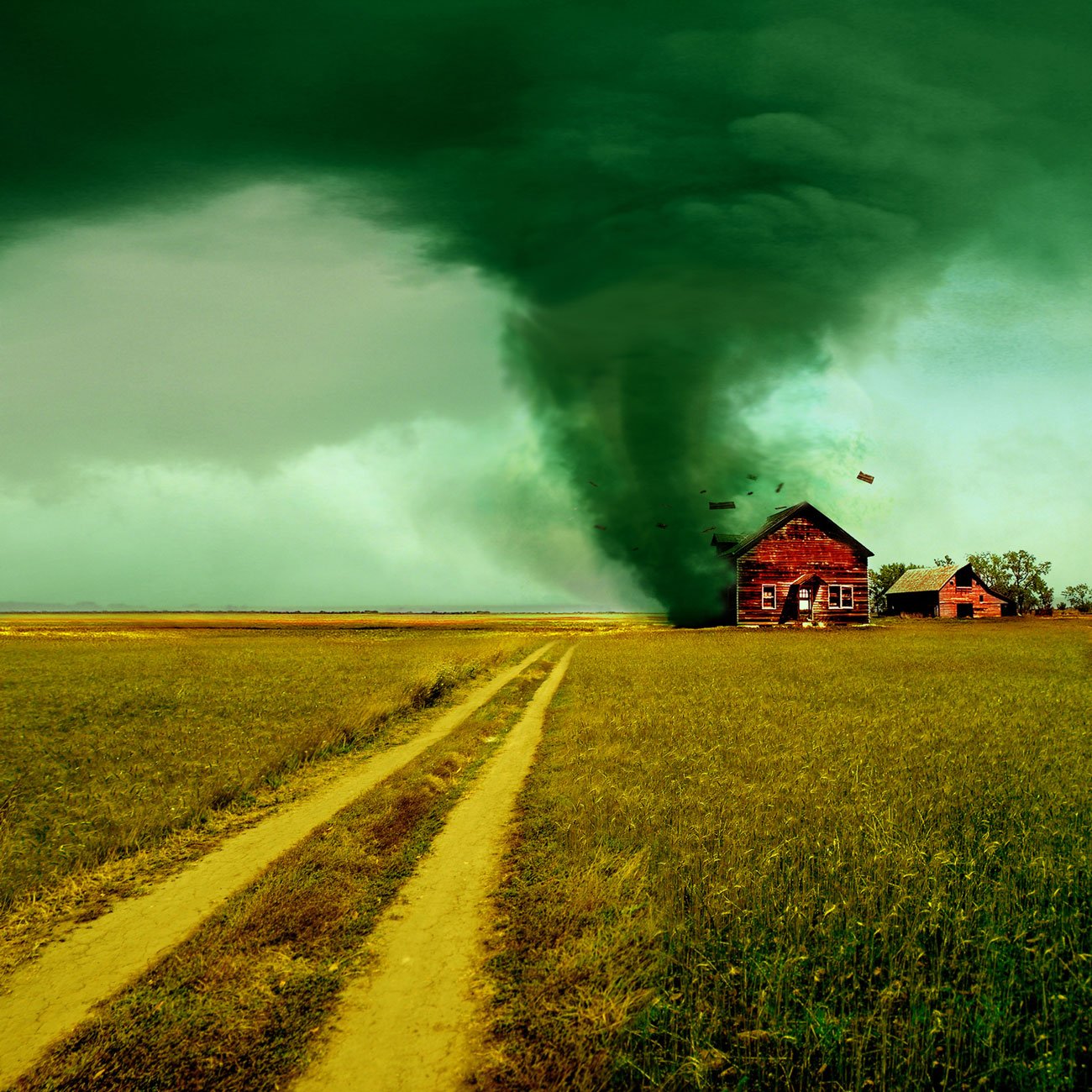 In Praise of the Hurricane

I’ve always enjoyed everyday violence. I remember one incident in particular: broken glass in the dark. I’m not certain that it’s a real memory but when I relive the scene, I find it hard to contain my pleasure: the object falling, shattering to pieces. The crash made and then the whirlwind of voices in the middle of the night. My mother turning on the light to reveal the glinting shards of glass. Her open palm swooping through the air. The sound of the slap, which was very different from the sound of the glass hitting the ground, and the feeling that came with realizing that this was all part of the ceremony. A form of violence that begins with glass and ends with pain inflicted by a mother upon her child.

Many years have passed and the glass, mother and shards are long gone, as is the boy I once was, his face still stinging from the slap. Now I live in Ehio with the rest of the community. Violence is present in this town, but harmony reigns too. Amalia comes by at intervals and we love Amalia very much.

We know when she’s coming back because the air grows thick, the horses whinny and the children scream for no reason. Sometimes they’re the first to know. At first, we think they’re crying because they have a toothache, or they’re just being fussy, but then the shutters start to bang against the walls, the weather vane begins to squeak and we know she’s coming.

When Amalia comes, the red earth on the path starts to shift, it lifts up in mini-tornados and spreads through the air.

When Amalia comes, some of us start to sing.

When Amalia comes, we cross ourselves and give thanks for the wind. We’re quick to put out our offerings before she reaches the houses.

In the fifteen months since she last came, we’ve barely had time to replenish the livestock, reinforce the foundations, rebuild the wall and make holes for all the people who have joined us in the last year. Cristian and the younger men and women built double roofs for all the houses and the rest of us took care of the food and water. The children drew coloured lines along the road so she can find her way. Everyone in town has chosen their offering: embroidered textiles, plaited hair, precious metals, wooden figurines and a few carved teeth. This year, the people in the third house are going to offer up their third child: the youngest one. He’s sick. They’re giving him to her so she can sweep him up and away to a place without pain. They believe; I’ve heard them whisper it to each other after the meetings, that Amalia is the invisible arm of God.

We leave everything in the road and make a big effort with the presentation and layout so she’ll be able to see all the offerings and be tempted to take them with her. But usually, she just takes everything. The years when she leaves something behind, the person who made the offering has to go so as not to bring misfortune down upon the entire community. This year, our daughter Sally decided that our offering should be Gianfredo, our bull, so we’ve painted him red and tied him to a post decorated with flowers. He’s a little anxious. He won’t stop mooing.

We still have time to watch the first trees disappear in the distance. We all stand together and hold hands as we watch her – a ghostly white shadow moving around apparently at random, but we know she’s coming towards us. She always does. We watch the earth move and the first carts get sucked into the funnel. The lighter objects are lifted into the air and spin around in concentric circles.

“Oh, messenger from heaven, Amalia, Lady of the Wind: accept our offerings.”

After the prayer, we let go of each other’s hands and lock up the animals we were able to catch in time. Then we run for shelter behind our stone and cement wall, our fort, and make sure that everyone has a hole to watch through. We stand still and silent. We don’t speak because we like to listen to her approach, the cracking windows, thousands of objects breaking, the first house collapsing. We hear the screams – weak, sickly screams – of the ailing child from the third house. I look at the family and see that they’re crying with smiles on their faces. It might just be my mind playing tricks on me but I think I can hear Gianfredo too. Whether I can or not, there comes a time when she is all we can hear. We all creep closer to our hole to watch. No-one wants to miss it.

Inside Amalia are all the things we’ve left in the road: three cows, a bull, five horses, a pack of cards, a bath full of milk, a sick child, a sculpture made of fruit, a string instrument, a collection of books, and plenty of food and water. There are also all the things that we didn’t leave but that Amalia has taken anyway: rocks, trees, carts, whole houses, fish from the river, a few errant sheep, a wild boar she must have found somewhere, and five dead people whose bodies look as though they’re being borne aloft on a cloud of flies.

They say – I’ve never seen it myself – that when you’re right underneath, right at the point where it all begins, that it’s like a tunnel leading directly up into the sky and that at that moment it’s completely quiet and calm, all you can hear is the music of the floating things. Everything slows down. The people this happens to find it to be a life-changing experience. They are looked upon with new respect from their peers. I’d like to experience it one day myself, to hear the void and understand that sense of fulfillment they talk about. Maybe what you hear inside isn’t silence but glass breaking in the darkness and the sound of a good, hard slap. I don’t know yet. Maybe next year, when Amalia comes back.

The story is now added to your reading wish list. All the stories you want to read are waiting for you in your new personal area
try it
3
Ziad Khadash