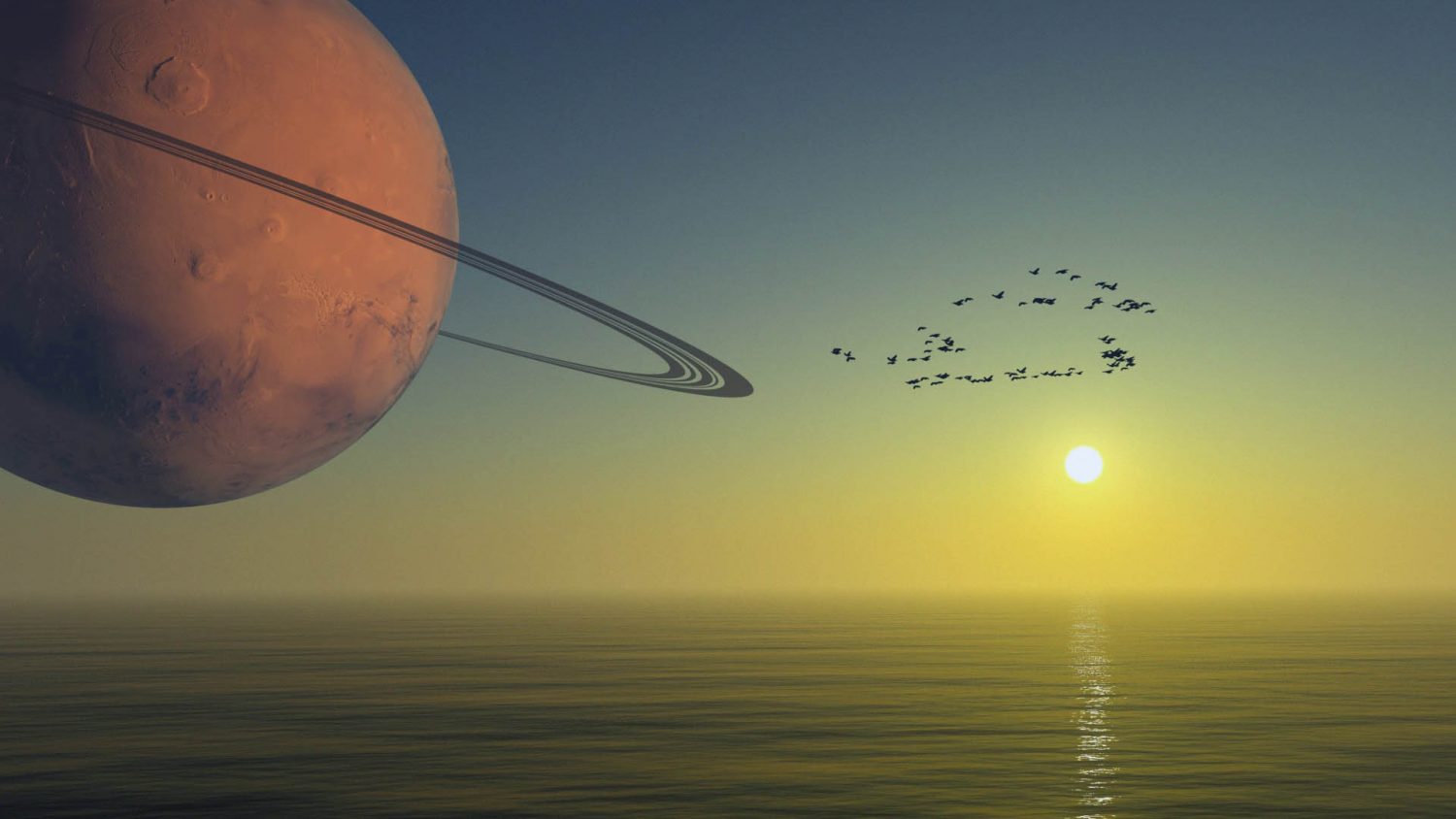 The blend between Adaf’s poetic and eloquent prose and the science fiction plot it relates, which painstakingly observes the rules of the genre, creates a rare literary hybrid. The nightmarish present – or is it the future in which the story takes place? – is perceived as an alienated, synthetic existence that adheres to a perverse but concrete logic. Adaf invents a world that has been thought out to the last detail and although it is clear that he is revealing only the tip of the iceberg of the sum of phenomena that comprise it, the picture portrayed before the reader is sharp and is impressed in the consciousness as a complete and conceivable reality. The reason for the presence of human beings on the satellite of this huge, unknown planet is revealed through nothing but insinuations – rebellion, sterilization, exile, the supporters of the regime and its opposers.
The father goes to meet his six year old son. At first it is only a lump of flesh that is to receive its form, a child’s form, via special programming. The child’s consciousness is empty. He remembers and knows only that which he remembered and knew two and a half years earlier, when he went to sleep and was “frozen”. This is a periodic meeting with his father. After it is over, the child will be put back to sleep outside the laws of time and space. He will remain forever six. Forever remember only what happened until he was frozen. His name is Ishmael; the banished, the rejected, the one who was expelled by his family and people. A child who lives forever in perpetuum mobile; falls asleep and awakens time and again, identical to himself, never growing, never wilting, eternal in his hermetically sealed bubble.
The meaning hides in the shadows – enigmatic, dark, a nightmare, a bleak prophecy or maybe a metaphor of something deeper, something nameless that cannot be described but by creating a virtuosic texture of language, images, sights, characters and the interaction between them, whose simplicity and humanity only accentuate the formless, primeval horror that is immersed in the inconsolable sense of loss that lies at the very basis of the work of prose before us.

Lacking any alternative image, we turn to the moment of creation. The form bursting from the awkwardness of matter. No, not the awkwardness, the indifference towards being. This time, I am ready; this time, I’ve prepared. Through the night I lay awake, going through the stages in my mind. Not to waste precious time on nausea, panic. The technodroid told me, there’s no need, you can wait in the waiting room, you can go and come back, I’ll bring him to you. I said I wanted to see. In the morning, at the entrance, I tell him again, I want to see. I gaze at the chrysalis of flesh in the glass chamber. I don’t know whose child he was yesterday, the child of which exile. He is featureless for the time being, only the possibility of a body. The optic fibers extend from the top of the chamber, interfacing with the radiant artificial skin. I envisage a sucking sound; I envisage the sound of entrenchment. But the data that accelerates along the fibers is soundless; not a murmur. The technodroid is also inaudible behind the monitors, his eyelids shut. I’m convinced that he is only an extension of the loading room, its manifestation. In the glass chamber the chrysalis of flesh is taking form, fumbling for the mold saved in the data transferred to it from the backup copy. The reprogramming of the neural matrix is concealed from me, but its passing impressions are apparent in the looming face, the expressions, each conjuring up the face I know, I remember, more than the previous one. He is naked and trembling in the glass chamber, my son, forever six.