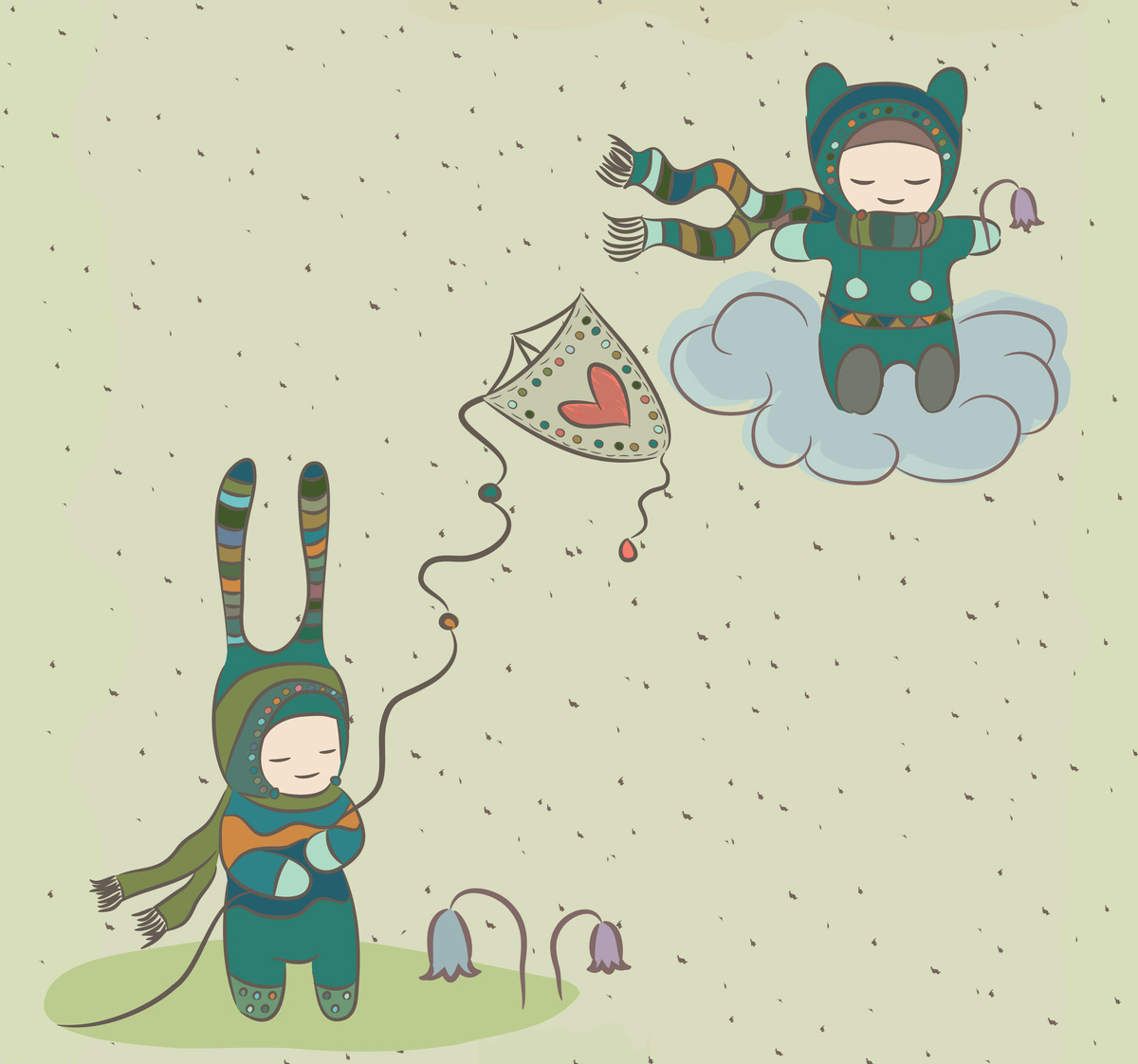 On his way home from school, Munir bumped into his friend Nabil.

Nabil was holding the long line attached to his paper kite and happily running with the wind.

Nabil said to his friend Munir, who was on his way home from school, “Come and play with me.”

Munir flung his schoolbag aside and dashed off with Nabil to race the wind. In the air above their heads, the kite was driven along with the wind. Nothing could stop its gliding flight.

“Now,” said Nabil, “we will fly aboard out airplane to Honolulu.”

Then Munir asked Nabil, “But where is Honolulu?”

“And where is Hawaii?” asked Munir.

Holding onto his kite and out of breath, Nabil replied, “It’s the world capital for endangered species. It’s an island on top of a volcano. That’s what the history and geography teacher told us. Pineapples, bananas, coconuts, and sugarcane grow there.”

They both shouted as one, “Let’s go to Hawaii!”

Munir and Nabil were driven along by the wind, unaware of everything, even time and space.

All of a sudden they were face to face with a strange-looking, bug-eyed monster.

The monster gripped their arms.

Nabil and Munir let go of the kite so it could fly freely off with the wind.

They stood there shaking with fear.

“What are you doing here in the land of horrors and terrors?” the monster asked them. “Nobody enters this land without my permission.”

They begged him to let them go and said, “The wind blew us here. We will never be driven along by it again, ever, promise.”

The monster’s eyes filled with tears.

He had lost his son in the same way. The wind had blown him away into the desert and he had never come back.

“Since that day,” said the monster, “I’ve been alone in this forest waiting for my missing son. Even my appearance has changed from a human being to a monster.”

The monster continued, “Now I will send you back to where you came from.

“If only my son had stopped for a moment on that day and looked where he was going, I would not have lost him. Still, I am certain that one day he will return.”