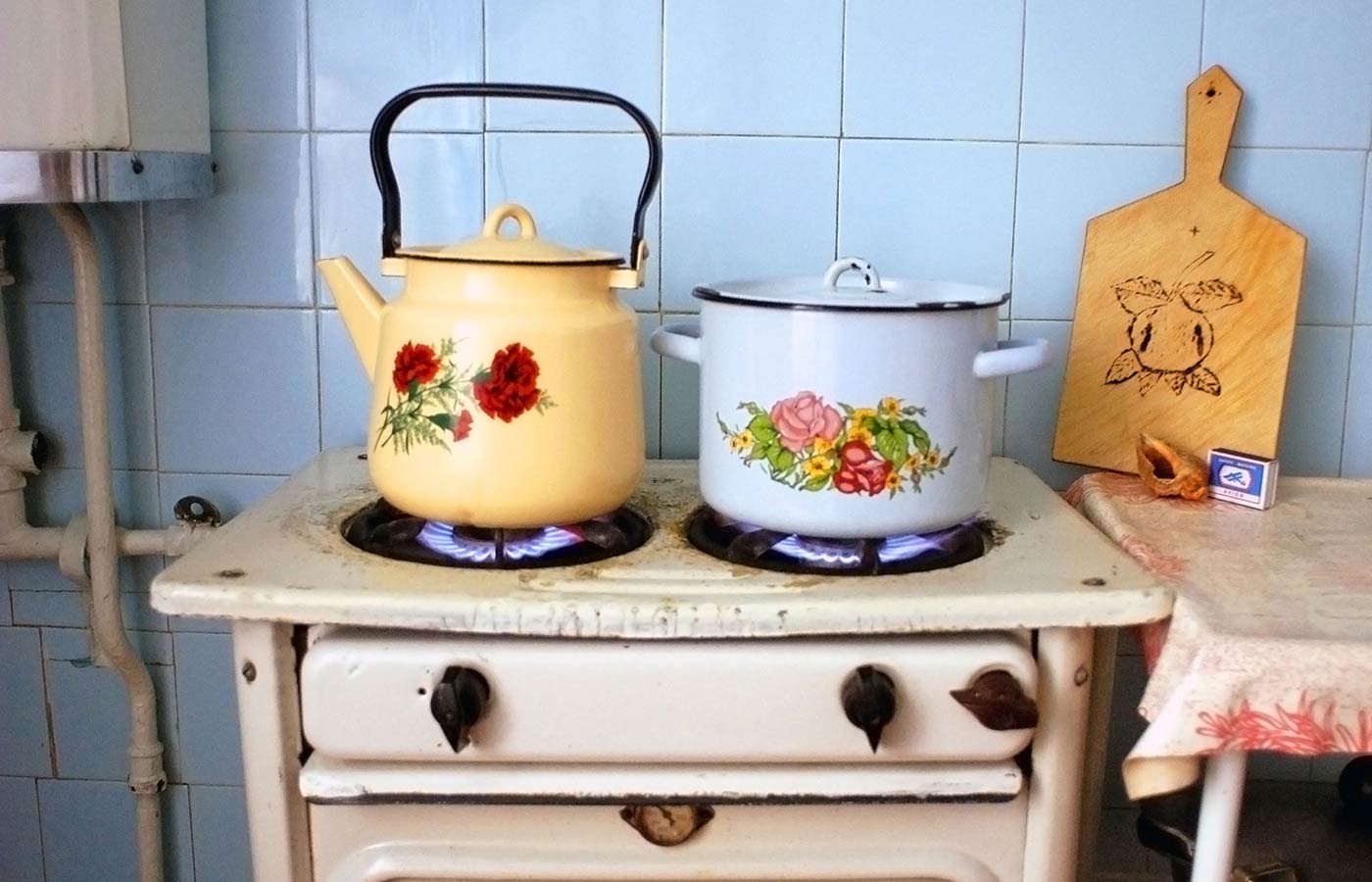 “Like Penelope” by Lyudmila Petrushevskaya was published in 2008 in the collection Wild Animal Tales, a compilation of short stories (or flash fiction—some just a single paragraph) with a common theme: their protagonists are all anthropomorphic animals that lead the lives of humans. This is not the first time Petrushevskaya has written about the character of Penelope, Odysseus’s faithful wife (in fact, she wrote a story by the very same name but completely different in length and content, which is available here). In this story, she revisits the defining myth of “the hero’s wife,” and refutes the myth with a few swift and deadly strokes of a pen: “Odysseus” is Stasik the mosquito, a junkie and woman chaser (or more accurately, pig chaser), while “Penelope”—his mosquito wife Tomka, isn’t waiting for his return at all; she’s very busy with plucking the forest animals’ facial hair, seeing that she’s a beautician. What do you have to say about that, Homer?

With a leg–tossing military marching step (toes in, heels out, knees to the side, pelvis down), Stasik the mosquito wended his way home. He had asked the veterinarian, Akop the condor, to bandage the spot where the bedbug Mstislav bit him, since the bite throbbed so much that he couldn’t walk at all otherwise.

Naturally, Stasik the mosquito dreamed of a hot meal.

However, as he walked up to his house he heard the muffled cry of his mosquito wife Tomka (“That’s it, hold on, just a sec, just one more second, wait just a minute”) and the raspy reply: “I can’t.”

Stasik froze for a moment, but then he went into his house and saw Tomka pulling out Zoya the hyena’s beard, hair by hair (cosmetic facial cleansing).

On the issue of a hot meal, Tomka said in a rush, “Go to the swamp.”

“Go to the swamp” meant going to the swamp, picking, squashing, washing, cleaning, cutting, pouring, turning on, putting on, stirring and so on, and the food would only be ready in forty minutes, and it would probably be burnt and leave sand between his teeth.

Sighing bitterly while his wife shouted and Zoya the hyena growled in the background, Stasik got out the precious bottle from Auntie Lida the beetle, what they called “the bottle of last resort,” and drank down a dose of what was left.

He forgot about everything but Alla the pig’s swaying miniskirt.

Stasik wept and sang his favorite song: “Back there, where the sea of lights…” and swiftly flew out of his house towards the pigsty, forgetting all about his wounds.

When Tomka the mosquito was tucking her fee into her boot and Zoya the hyena was looking at her smooth face with tears of joy, Stasik was flying around Alla the pig, who was lying comfortably without any miniskirt, and asking her questions in his high chirping voice: a) had she consorted with the bedbug Mstislav recently; and b) did she know that Mstislav had a nasty disease —tooth decay — that would require a bandage and frequent changes of dressing for a very long time?

But it fell on deaf ears, since Stasik wasn’t Alla the pig’s only guest. There was a big gang there already – the grown children of Domna Ivanovna the fly, for instance, who had already helped themselves generously and were barnstorming like they were on fire to the sound of their own inner rock n’ roll; and Afanasy the spider, who was giving a class in macramé in the corner, organized especially for the gathering.

The party was hopping, but Stasik the mosquito was lonely.

With a fidgety military marching step, knees out and pelvis down, but now even hungrier, he showed up at home ready for a fight. But instead he smelled the marvelous scent of a hot meal.

Tomka had cooked dinner, set the table and was waiting for him in her apron, like Penelope.

Stasik just about burst into tears.