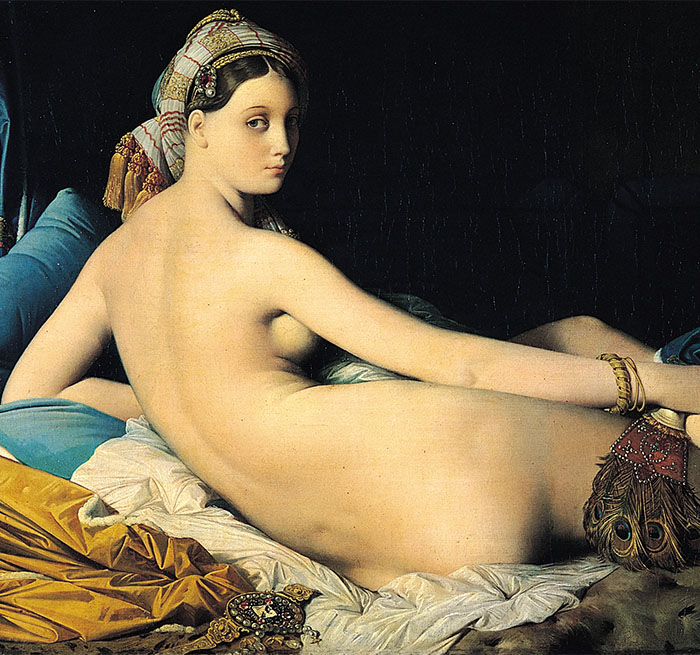 And, Madame Blanchard, believe that I am happy to be here with you and your family because it is so serene, everything, and before this I worked for a long time in a fancy house—maybe you don’t know what is a fancy house? Naturally … everyone must have heard sometime or other. Well, Madame, I work always where there is work to be had, and so in this place I worked very hard all hours, and saw too many things, things you wouldn’t believe, and I wouldn’t think of telling you, only maybe it will rest you while I brush your hair. You’ll excuse me too but I could not help hearing you say to the laundress maybe someone had bewitched your linens, they fall away so fast in the wash. Well, there was a girl there in that house, a poor thing, thin, but well-liked by all the men who called, and you understand she could not get along with the woman who ran the house. They quarreled, the madam cheated her on her checks: you know, the girl got a check, a brass one, every time, and at the week’s end she gave those back to the madam, yes, that was the way, and got her percentage, a very small little of her earnings: it is a business, you see, like any other

—and the madam used to pretend the girl had given back only so many checks, you see, and really she had given many more, but after they were out of her hands, what could she do? So she would say, I will get out of this place, and curse and cry. Then the madam would hit her over the head. She always hit people over the head with bottles, it was the way she fought. My good heavens, Madame Blanchard, what confusion there would be sometimes with a girl running raving downstairs, and the madam pulling her back by the hair and smashing a bottle on her forehead.

It was nearly always about the money, the girls got in debt so, and if they wished to go they could not without paying every sou marque. The madam had full understanding with the police; the girls must come back with them or go to the jails. Well, they always came back with the policemen or with another kind of man friend of the madam: she could make men work for her too, but she paid them very well for all, let me tell you: and so the girls stayed on unless they were sick; if so, if they got too sick, she sent them away again.

Madame Blanchard said, “You are pulling a little here,” and eased a strand of hair: “and then what?”

Pardon—but this girl, there was a true hatred between her and the madam. She would say many times, I make more money than anybody else in the house, and every week were scenes. So at last she said one morning, Now I will leave this place, and she took out forty dollars from under her pillow and said, Here’s your money!

The madam began to shout, Where did you get all that, you? and accused her of robbing the men who came to visit her. The girl said, Keep your hands off or I’ll brain you: and at that the madam took hold of her shoulders, and began to lift her knee and kick this girl most terribly in the stomach, and even in her most secret place, Madame Blanchard, and then she beat her in the face with bottle, and the girl fell back again into her room where I was making clean. I helped her to the bed, and she sat there holding her sides with her hanging down, and when she got up again there was blood everywhere she had sat. So then the madam came in once more and screamed, Now you can get out, you are no good for me any more: I don’t repeat all, you understand it is too much.

But she took all the money she could find, and at the door she gave the girl a great push in the back with her knee, so that she fell again in the street, and then got up and went away with the dress barely on her.

After this the men who knew this girl kept saying, Where is Ninette? And they kept asking this in the next days, so that the madam could not say any longer, I put her out because she is a thief. No, she began to see she was wrong to send this Ninette away, and then she said, She will be back in a few days, don’t trouble yourself.

And now, Madame Blanchard, if you wish to hear, I come to the strange part, the thing recalled to me when you said your linens were bewitched. For the cook in that place was a woman, colored like myself, like myself with much French blood just the same, like myself living always among people who worked spells.

But she had a very hard heart, she helped the madam in everything, she liked to watch all that happened, and she gave away tales on the girls. The madam trusted her above everything, and she said, Well, where can I find that slut? because she had gone altogether out of Basin Street before the madam began to ask the police to bring her again. Well, the cook said, I know a charm that works here in New Orleans, colored women do it to bring back their men: in seven days they come again very happy to stay and they cannot say why: even your enemy will come back to you believing you are his friend. It is a New Orleans charm for sure, for certain, they say it does not work even across the river… .

And then they did it just as the cook said. They took the chamber pot of this girl from under her bed, and in it they mixed with water and milk all the relics of her they found there: the hair from her brush, and the face powder from the puff, and even little bits of her nails they found about the edges of the carpet where she sat by habit to cut her finger and toe-nails; and they dipped the sheets with her blood into the water, and all the time the cook said something over it in a low voice; I could not hear all, but at last she said to the madam, Now spit in it: and the madam spat, and the cook said, When she comes back she will be dirt under your feet. Madame Blanchard closed her perfume bottle with a thin click:

Then in seven nights the girl came back and she looked very sick, the same clothes and all, but happy to be there. One of the men said, Welcome home, Ninette! and when she started to speak to the madam, the madam said, Shut up and get upstairs and dress yourself. So Ninette, this girl, she said, I’ll be down in just a minute. And after that she lived there quietly.

The story is now added to your reading wish list. All the stories you want to read are waiting for you in your new personal area
try it
6
Riky Cohen