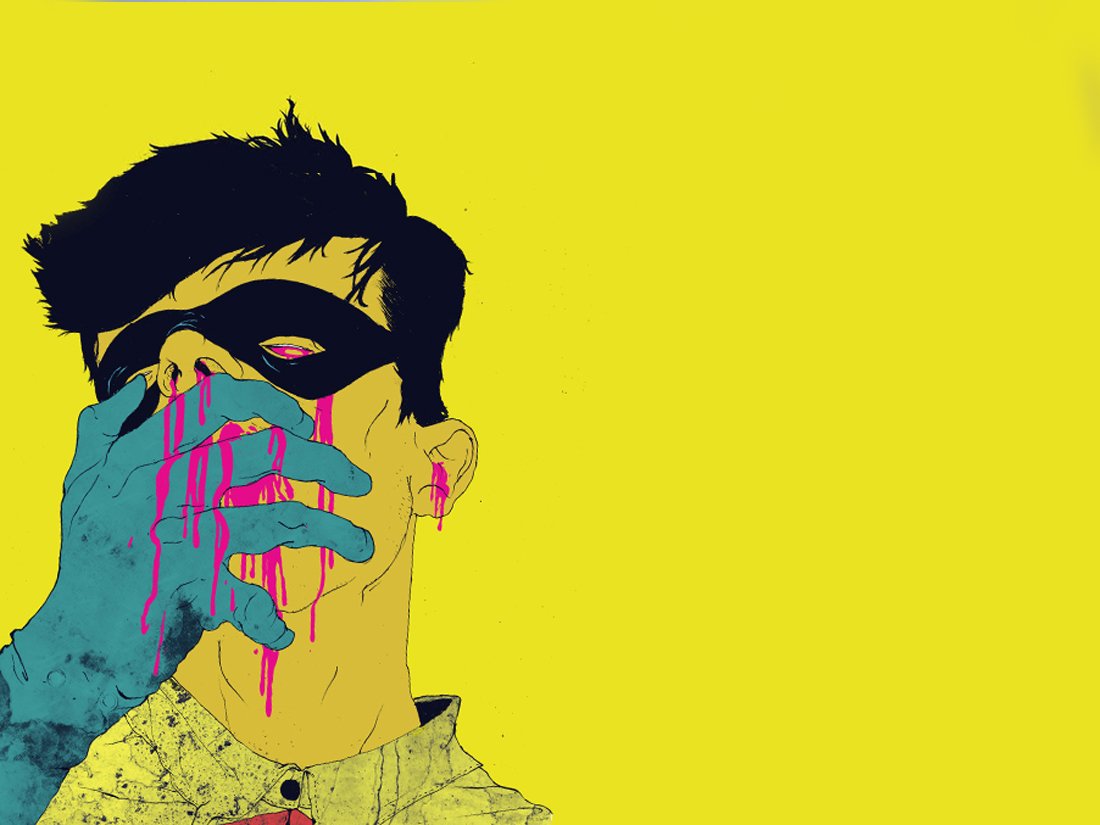 A young journalist, stubborn and burned-out, a husband and father, gets himself into a jam through a series of foolish acts; “Masculinity” is a story about a man who “had always found the night shift humiliating” and still carries them on in order to bring home the bacon to his family, but by virtue of his masculinity, he is capable of doing everything he possibly can to ensure that the bacon never gets home.
“You’re a complete and utter fool, young man,”says the taxi driver to the narrator after he gets him out of yet another bind. And indeed, in this funny and ironic story it seems that masculinity is the total of all stupid acts: power plays, childish competitiveness, recklessness, lack of awareness. All the characters in Antonio Ortuño’s stories are exposed to harsh criticism, including those who are identified with the author’s positions. And not only the characters, but the reader as well. Every time I finish reading Ortuño’s prose I feel a little bit more stupid, as if my world-view has been pounded, time and again, with a wrench; one of the qualities that makes Ortuño’s literature great is that the reader never gets to come out of it in one piece. “Masculinity” is just a small taste of this pleasant experience. If you really want to party, you should read his new novel, “Méjico,” with a J.

The first thing that Paz asked me to do after we got married was to stop spending all my money on alcohol and records. My main duty was to pay the rent and make sure that the girl had everything she needed: nappies, milk, and clothes; the essentials.

I had always found the night shift humiliating. I would have to stay at the newspaper offices until the sun came up or the World Cup supplement was ready. I barely remember anything about that World Cup: only the taste of blood and the image of that disastrous first goal.

It had been an awful night. The reporters started to play with a ball in the hallway while we waited for the broadcast of the opening ceremony and thanks to an errant pass far too high, they broke a vase, spilling water over the printer and ruining it. While I was telling them off, confiscating the football in the process, we missed the interview with the president of the national federation that we were supposed to copy from the TV for an article because our World Cup correspondent couldn’t do it all himself: he had to watch the match, decipher the language of the host country and make sure that he had enough receipts to justify his significant outlay on prostitutes.

I invented a couple of paragraphs of statements by the president of the federation, which turned out to be identical to what he actually said when we compared them, and sent a message to the janitor to take the printer to be repaired. Because it was the middle of the night and the janitors had gone home, I told the reporters to clean up the mess. By way of a minor punishment, I switched off the coffee machine. Satisfied with my actions, I poured myself the last hot cup of coffee of the day.

“You need to grow up, to act like men,” I told them when they came to whine about the horrible, cold coffee.

Rómulo, the most rebellious of my subordinates, tried to argue, invoking the ancient relationship between masculinity and sport, citing Pindar, amongst others. His sophism got so annoying that I forced him to place a very unlikely wager on the first game: I would bet on the world champions and he would be stuck with the obscure African team they were playing against. Rómulo indignantly cited Spinoza, Salvador Allende and a samurai. I indulgently allowed him to pontificate for a few minutes. Then I told him that if he didn’t shut up I’d make him pay for the repair of the printer.

“That’s a big bet,” he grumbled before going silent.

It was. I don’t remember how much it was exactly, maybe half a week’s wages. He deserved it for his impudence.

I finished my coffee during the first half, so I had to tell them to switch the coffee machine back on. Their spirits lifted.  I started to mess around with the confiscated ball while the match, which was deathly slow and extremely dull, continued.

Then tragedy struck. The obscure African team latched on to another errant pass and scored against the world champions. Rómulo leapt onto a table and commenced a kind of African dance. I angrily kicked the damn ball, which flew out into the hallway in a prodigious arc before smashing the coffee machine to pieces.

“Don’t be like that old boy,” Rómulo crowed. I thought about punishing him further for being so informal, but it would have been a tyrannical, desperate measure that I thought I’d save for a better time. I just told him to go get a mop and clean up the mess.

The champions, ashamed with themselves, were unable to react and my defeat was confirmed in just a few minutes. Rómulo and the Africans danced. I left the offices just before the sun showed its mocking face.

I hailed a taxi and told the driver to go to the ATM machine in the market. I wanted to have the money for the rent and the bet I’d lost to Rómulo to hand with maybe a little more so I could offer to pay for the broken coffee maker.

The taxi driver was listening to the end of the match commentary.

“Those blacks are manning up,” he said. Grumpy and resentful, I didn’t reply.

Then the radio started to go on about crime and morality. The driver decided to imitate it.

“You shouldn’t go to the market. There’s a lot of a troublemaker around here,” he said. I just shrugged and told him to wait for me to get back.

At the entrance to the market, a flesh and blood troublemaker in tattered clothing and raw, haggard skin asked me for money so he could have some breakfast.

I like ATMs, even the beaten up one in the market. Tramps had pissed there – it stank – and forced the door open but the money was still nestled safely in its comfortable breast.

“Hand over the money, friend.”

The same guy again. He was accompanied by a little cheese knife whose blade probably harboured all the maladies on the planet, from malaria to dyslexia.

I decided to be a man.

“Go to hell,” was my war cry as I ran at him. The tramp may have led a hard, unfulfilling life but he was in surprisingly good shape. He hit me with a jab that left me gasping. Then he kicked me, knocking me to the floor.

I clutched the bills to my chest like a mother clinging to her firstborn. I received a few more kicks to the back and arse, keeping still, like a martyr. Then I heard a prolonged wail that couldn’t have come out of my bleeding mouth. Painfully, I managed to turn around.

The guy was on his knees, an abysmal gash had been opened up in his head and his eyes were damp and vacant. Behind him was an angel haloed by the dawn: the taxi driver brandishing a tire iron.

Back in his car, he passed me some tissues to clean my wounds before sighing like a father upset at his son’s poor marks at school. The radio was railing against urban crime.

I counted the money. There was enough to pay my rent and debts and even to give my saviour a commensurately large tip.

“Go to bed,” he advised when we stopped in front of the door. He took the money I held out to him with decidedly un-heroic eagerness.

I was in agony. The keys weighed me down like an eternal punishment and the door opened with a squeak, showing the way to the descent into Hades.

Paz was drinking coffee in front of the television. She was watching a replay of the goal scored by the obscure African team.

“Isn’t it great that they won?”

She was furious when she saw the blood on the shirt and my injured mouth. I quickly gave her the rent money to make it clear that I was safe. Not sound, perhaps, but triumphant.

“What the hell happened?”

The girl started to cry. It was my turn to feed her, like every morning.

Strutting like an emperor departing into exile, I went to heat up the bottle.