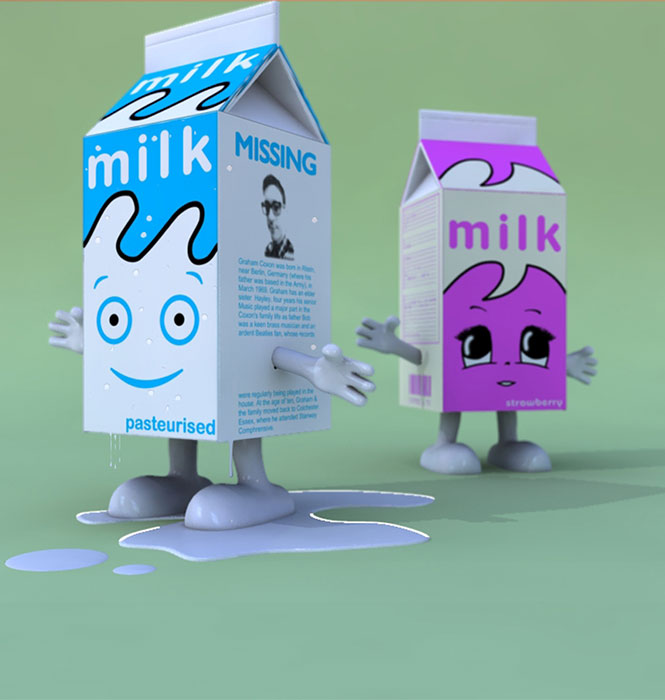 Jan Snela’s “Milkface” is the eponymous story of a collection whose subtitle is ‘A Bestiary of Love’. All the stories are tales of becoming and changing, and almost all are, in a figurative sense, metamorphoses, animal transformations. But the bestial and animalistic in our society has become domesticated to such an extent that the difference between the animal and the human is not always easy to discern. In Jan Snela’s short story “Milkface”, which won him the Berlin literary competition Open Mike a few years ago, a cuckolded wellness maniac with a fondness for milk baths mutates into a unicorn. Snela’s characters (and the characters in this story are no exception) are, for the most part, modern nomads in a day-to-day life turned desert. Imagine a cast of sundry Pollyannas and do-gooders and idealists. These characters belong to another time altogether; they are cheerful desperadoes (mostly with no reason to be cheerful) who create their own myths, from which issue forth improvised world orders. There is no right life in the wrong one for them – although there is perhaps a different life. And that seems to me very close to the attitude of a generation marked by anti-globalisation, anti-capitalism, political disenchantment and social isolation. But in spite of its contemporaneity, Jan Snela’s writing is also influenced by Ovid’s Metamorphoses and Art of Love, by the songs of the Provençal troubadours and by Richard de Fournival’s Bestiary of Love. So next time you feel like a milk bath, but don’t have any milk in the house, I would advise you to read Jan Snela’s “Milkface” instead.

It was a Wednesday and time for my milk bath. But the light white liquid in angular packs – sucked from udders in farmyards, purloined from bovines, diversely digested from greenest grasses for calves, stirred and Pasteur’d and mechanically divested to dairies, then trucked off to supermarkets – that fluid was far insufficient to fill my tub. I fetched smetana and cream from the kitchen, and poured them on top of the nineteen litres coughed up by Melchior, the refrigerator. It looked like I’d have to buy more milk. But where? The shops were all shut. So the 24-hour garage? I had money to burn – spent weeks whiting walls and now had money in stacks. And so off I went.

But before I set out I prepared a headband.

My girlfriend Karen had dumped me four months ago, taking everything when she moved out: the sandwich maker, the high sleeper bed, Melchior’s predecessor… All but a fourteen-centimetre brass screw that had fastened the bed to the wall, which I now poked through the headband and wrapped with duct tape in such a fashion that the erstwhile harmless ‘Nike’ was replaced by a horn. I put it on my head, grabbed my parka and headed for the wide world.

O, and outside, there… lindens in blossom! Not a flake left of snow on the roofs of the cars, shining matte and mute in the light of the lamps, empty but unheavably heavy all along the pavement that bore me onwards – summer had come. Dashboards draped with tenderly devaluated tickets to reggae gigs, passenger seats peppered with polka-dot bikinis, flip-flops, snorkels, paper plates full of marble-cake crumbs, squashed cigarette boxes, back seats with deflated inflatables and bottles devoided of beer, glassy drunk-up lemonade and juices, all labelled summer meadowsome, proud possessors of hours to pluck apart like pulled pork.

Touched and sad that the party seemed to be over, I stared into the usually fast-moving feretories, these Snow Whitish glass coffins inhabited by a summer turned human. Had I been a prince I’d have kissed one awake. I’d have broken a pane and stolen a car. Had I been a thief I’d have driven away, even further down south, to the palm forest of Menorcan emotions opening up in my soul. I hearkened the swell of the long-distance traffic, saw ‘the lake’ above the roofs, saw the intentioned crystal polished by the sanding belt of streets heading heavenwards. O, how sad, how sublime, how momentous and momentless that evening was, and guileless, and how it brought itself forth, snorting and nostril-nudging quite quietly in the midst of the city! (The bobbing hazel branch, I mean.)

The garage was palpable from far off, a cancer of sticks, a pulsing of gas in hoses, a turning of tummies, a vomit of snakes into tanks, a fear written on faces that money might be tight, a cursing of sheikhs, a standing at lakes in which not one fish swam. A gentle wind tickled my nose, bristling with benzine. I sneezed. From far off I spotted, in blazers and screaming shirts, the dudes ducked behind their beat-booming, door-slamming rides, threatening each other with pump pistols, jamming nozzles in brightly glossed orifices, crowned clowns of competitive fuelling. Or perhaps it was just a succession of smoking and gas-guzzling nozzle-fiddlers, but the language here, in my memory, stacks everything up to a glistening simultaneity, assonance, and I want to let it roam free, want to let it let me, here in this last sentence, step through a gently sliding double glass door with the cry ‘There goes the last of the unicorns!’ at my back, into the bright.

It’s just like it always is. It’s like being pelted hard and bright with goods that are otherwise good. Hard and bright and hailing. A stoning or a cherrystone pillow fight, many against one, one small guy, no – gangly. The gangly guy who comes in holds his arms before his face to protect himself from the packets of crisps, boxes of cigarettes, cans of Red Bull, brochures of bosoms, bars of chocolate, bottles of wine, bottles of bubbly, bottles of beer, packets of chewing gum, racks of magazines, bags of wine gums, stares, snacks, slurpees and sweeties – all flying at him from all directions. His name is simply ‘Hannes’. He approaches the sales assistant. All he wants from her is a smile and maybe a kiss. And she, black-haired, made-up, brushing him off from the beginning, draws a barcode on his forehead with a pen (that’s not a lipstick), puts her infrared pistol to this chest before his brain that is a heart, and pulls the trigger. A laconic beep. Hannes learns he is worth no more than 95 cents, and before the eyes of the sales assistant, her identity revealed by her nametag just in time – ‘Carmen’ – he founders. Flounders, swallowed up by the ground.

And so there I stood, at the 24-hour garage, adorned in my attack plumage, and thought dark thoughts of my flat. How abandoned it seemed now. How distant and vacant and furnished only with Melchior and a single chair. And how very much my front-door key lay on that chair and how the three of them were whispering soundlessly about where I might be. Touched by this knowledge, I began to look around a little in the shop that was that of the 24-hour garage. I flicked through two or three of the mags. Bags of crisps proved rather rugged. I sniffed at the O of a Pringles tin and studied cans of fat and hydrates and ingredients with a wail. Tested windscreen wipers for intactity. Tried out a bouncing ball – until it fell to the Milky Ways, on the shelf below the counter. And then I knew once again what I was there for. I wanted milk!

O, they had milk! Well, not my favourite brand but at least seventeen litres – in the strongly – too strongly! – refrigerated 24-hour-garage refrigerator, so I envisaged myself, making virtue out of necessity, standing in the kitchen and boxing bubbling milk to beautiful bath foam… I asked a man with muscles rummaging in a transparent hemisphere filled with Red Bull cans to, as I put it, ‘do me a very sudden favour’. First he looked me in the eyes. Then at my horn. Then at my shoes. Then at my face. Then at its expression and then he said ‘Oh…’ and then ‘kaay…’ I led him over (to the refrigerator) and explained what and how. I held my arms out so that he could place the milk cartons – like logs – in the bend of my elbows, first clenching my debit card between my teeth. He loaded and loaded. His gold chain slid back and forth on his bullish neck, and his sweating was piggish.

Now and then I gave him a slight kick in the shin with my springy shoe-tips to drive him on, rammed my knee in his stomach area to encourage him to pile faster, gave him – impossible, loaded down as I was, and so didn’t give him – ‘a slap round the ear’ole’ to keep things moving. It was about five minutes until we were done. As he moved away from me, his face facing me, walking backwards, it seemed we had known each other for hours. I dismissed him with a kind of dignified nod.

Caro, so the sales assistant was called this time, had watched us labouring. We must have given the impression of two boy scouts volunteering to fetch wood on arriving in a mountain hut. That kind of thing – male concern for a fire, fetching wood, chopping wood, skilfully positioning wood in the flames – always goes down well with the lasciviously shivering women pressing their knees together all a-jitter, dressed in sexily utilitarian woolly shuddering jumpers, staring longingly at the embers and humming quietly to themselves, too shy to sing, too turned on to be silent. As I joined the queue I thought I made out the flickering reflection of flames and distant starlight on Caro’s brightening face.

Two Rizla purchasers were ahead of me. Then Caro reached for one of the packs from my wobbly mountain. She let it beep, counted up and then entered the algorithm times seventeen. When she told me the total, a horrendous sum, I raised my brows in complaint (my headband almost slipping off!) and then stretched my neck in her direction, complete with the head in whose mouth the card was clenched.

Caro removed the card from me with her fingertips, giving me an opportunity to say ‘Thank you’, and inserted it into the device’s slit. ‘Pin code please and then green to confirm,’ Caro said. I drew the milk more firmly to my chest and leaned forward. My horn sped down to the small, quietly beeping buttons. A receipt was printed. It and the card in my mouth, I left the 24-hour garage.

With my white freight I galloped through the night.

*The translation of this story was supported by the Goethe-Institute.