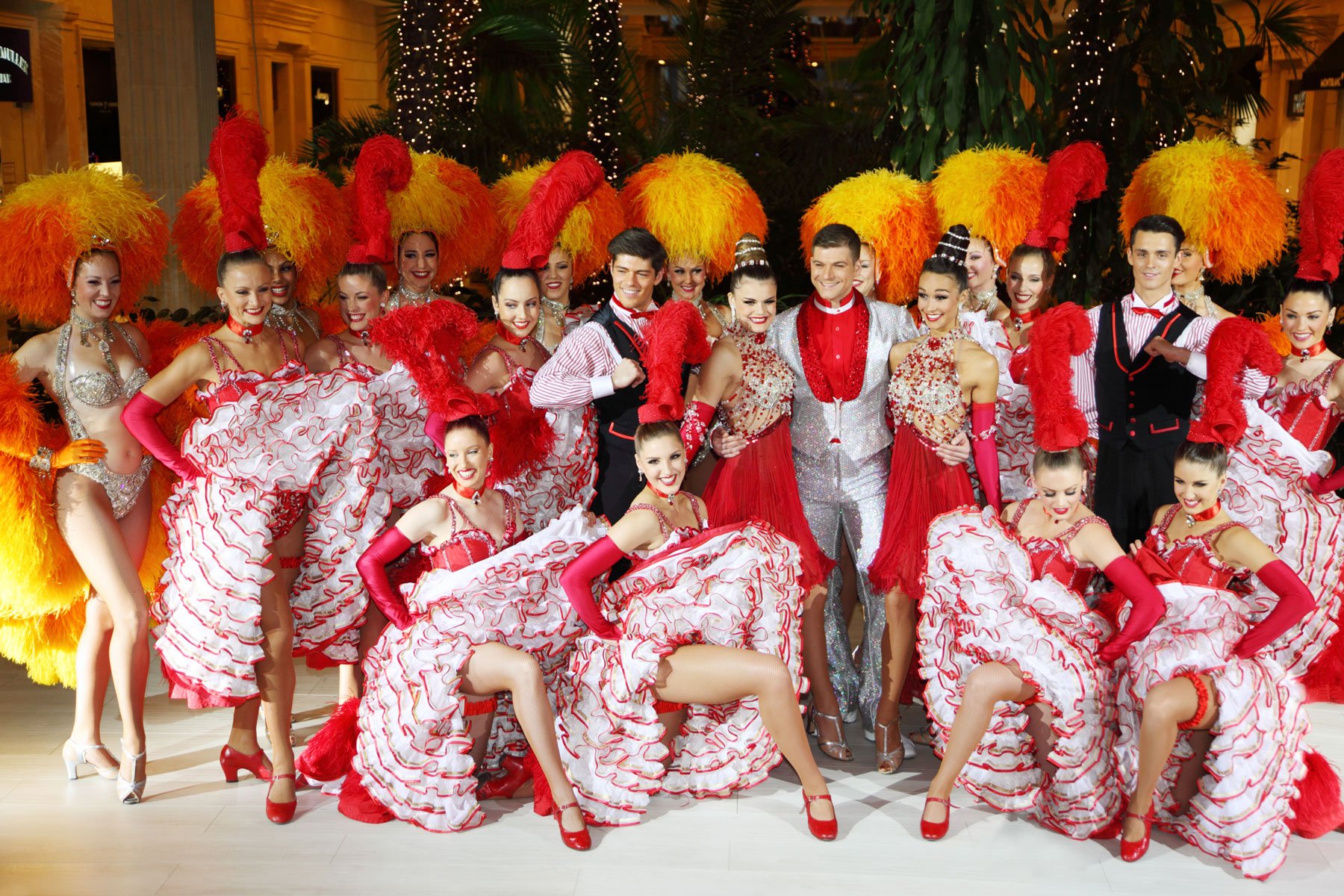 For decades, most of the modern Arabic literature has been restricted to various ideologies, mostly leftist-nationalist-Islamist, that have become central to the narrative discourse. These literary texts continued to produce stereotypical literary figures,  who are often situated in the theoretical philosophical discourse. Most of these figures deal with the issues of struggle and nostalgia. However, a handful of literary texts tried to relate cynically and critically to these ideologies and their retreat from the life of Arab society, with a social approach that evoked laughter at the problematic nature of an outdated ideological association. Mohammed Habasha, a promising young Tunisian novelist, writes an ironic short story about the end of the era of communism through a Tunisian middle-class picaresque figure, and its decline forever.

Nur al-Din al-Ajnaf had been a Communist at university. After the fall of the Soviet Union he gave up on Communism for good. Or perhaps this was a rumour close friends spread about him. Nuru was then free to work as a Physics teacher and to concern himself with his family. But nobody could doubt the man’s love of Russia. He used to make trips of a few days to cities there – he and a group of his friends among whom was their leader, Salah ‘Amir, whom they used to call Capo, meaning “Chief” or “the Boss” in Italian. Capo was a man in his sixties who had never married and had spent his life as a hippy. He had a ring in his nose and the tattoo of a dragon on his arm. He tied his white hair back in a pony-tail, and allowed his beard to hang loose. He was into rock music, drugs and snake charming.

The trips they made to the Land of the Great White Bear were not normal tourist trips, like those when people visit museums, art galleries, ancient sites and the other usual travel clichés. Rather, their trips consisted of hanging out in a city other than Tunis. The funny things that happened to them there were enough to provide material for subsequent evenings, with the arguments and mockery, both of themselves and other people, which that demanded. For example, on their last trip, they looked for a restaurant that prepared Tunisian cuisine in St Petersburg and they got to know the chef who was a native of the country. Soon the man, who brought them plates of couscous with beef, became the butt of jokes. The word “country” in colloquial Russian meant “whore”, and Capo would thank him with the words, “a true son of the ‘country’”. The man would go along with a smile and his face would go red. He had doubts about what was intended, especially when he observed that the group were silent and not one of them laughed. They did it deliberately, so as not to spoil Capo’s joke. After the son of the country left to go to his kitchen, they doubled up in hysterical laughter, but not Capo. He made some comments on the side, which made them laugh all the more.

One year, Nur al-Din and Capo decided to go to Moscow – just the two of them, as the rest of their friends had other things to do. They spent their first evening at a nightclub, drinking vodka and watching Russian girls doing the striptease. As they were going back to the hotel in a rented car, Capo told Nur al-Din that they should go together the following day to a health spa where there would be beautiful Russian girls who gave an excellent massage for only forty roubles. After the massage session he would feel enormously refreshed and released from weariness and tension. Nuru agreed to the idea.

The following day Capo was at the steering wheel telling his friend again about the health spa, which he had been to many times in the past. He was silent for a moment and then said, “Actually, they don’t just do massage.”

Nur al-Din turned towards him. “Meaning what?” he asked.

“The lot, my dear friend, the lot,” Capo said with a smile.

Nuru struck his forehead in a high spirited way. “You’re a disaster, Capo,” he said.

“You have to give them an extra twenty roubles. You’ll see how things are done.”

At the health spa they each entered a warm jacuzzi, staying there for about half an hour. They got out, put on a bath robe and headed to the massage parlour where the masseuses were dressed in white coats waiting for their customers. The place was not crowded that day. They stretched out on their stomachs on massage tables leaving the masseuses to do their job. Capo flirted with his masseuse. First he asked her name. “Evrena,” she said. His Russian was good, and she laughed as he chatted with her. She asked him to place his head on the table and relax. Nur al-Din knew some words, but did not have Capo’s fluency in the language, and he smiled as he listened and felt the masseuse’s gentle hands passing over his back. Capo asked them to leave him alone with his friend for a moment. Nur al-Din was surprised at this; the masseuses moved towards the door and he whispered to Capo, “Why did you do that?”

“It was a sign,” he replied, and pointing his thumb behind him added, “It takes place in the bathroom.” He held his palm out towards Nur al-Din: “Have you got forty roubles on you?”

“Didn’t you say they only wanted twenty?”

Nur al-Din laughed and grabbed his head with both hands. “Yes I’ve got the money,” he said.

They both got off the massage tables, and went to collect their clothes. Nur al-Din took out his wallet and Capo took a packet of pills from his coat pocket. He took one out and gave it to his friend.

Nur al-Din handled the pill with some hesitation, then swallowed it and tossed his head back. Then Capo said, “Follow me.”

Nur al-Din followed him and found the two masseuses really were waiting for them in the bathroom. Capo went in with Afrina after giving her the twenty roubles. Nur al-Din went in with his masseuse after giving her the same amount. She said her name was Oksana while she was licking his penis and gazing at him with her green eyes. When they were done, they got dressed and left. Nur al-Din was glowering. They got into the car and Capo was in a good mood. When he noticed that all was not right with his friend, he said, “What’s up?”

“Nothing, nothing at all.”

“Speak man, what’s the matter with you?”

“Most likely, the blonde girl drained you dry.. Their woman aren’t like our women, Nuru, my good friend. One pill has an effect on our women but for their women we need a whole factory.”

“Do you really think so?”

They returned to the hotel. Nur al-Din had a shot of whisky which he drank from miniature he took out of the fridge. After nearly an hour he started feeling a pain in his penis. It had started to swell after he had slept with that girl Oksana and now began to grow erect. Capo was sitting there smiling and they talked about their programme for the evening. Nur al-Din suddenly began to fidget, got up and began to pace the room, his hands on his crotch.

Holding back his laughter, Capo said,   “What’s the matter with you?”

Nur al-Din was moving with difficulty with pain etched on his face. Capo burst out laughing, gaining the attention of his friend. Capo had never in his whole life laughed as he was laughing at that moment. Nuru looked at him and felt that he had been victim of a trick.

Capo nodded his head, his face red from so much laughter. He said with an effort, “The pill takes effect after an hour.”

“You knew that from the beginning, huh?”

Capo nodded in agreement. Nuru took a pillow and hit him hard with it, shouting, “Goddamn you, you rotten bastard.”

Capo tried to get his breath back. “Keep calm, it’s nothing serious,” he said. “Have another drink, and it will soon sort itself out.” He started laughing again.

After this incident, many of those who knew Nur al-Din al-Ajnaf began to debate the date he gave up on Communism.

The story is now added to your reading wish list. All the stories you want to read are waiting for you in your new personal area
try it
16
Lyudmila Petrushevskaya