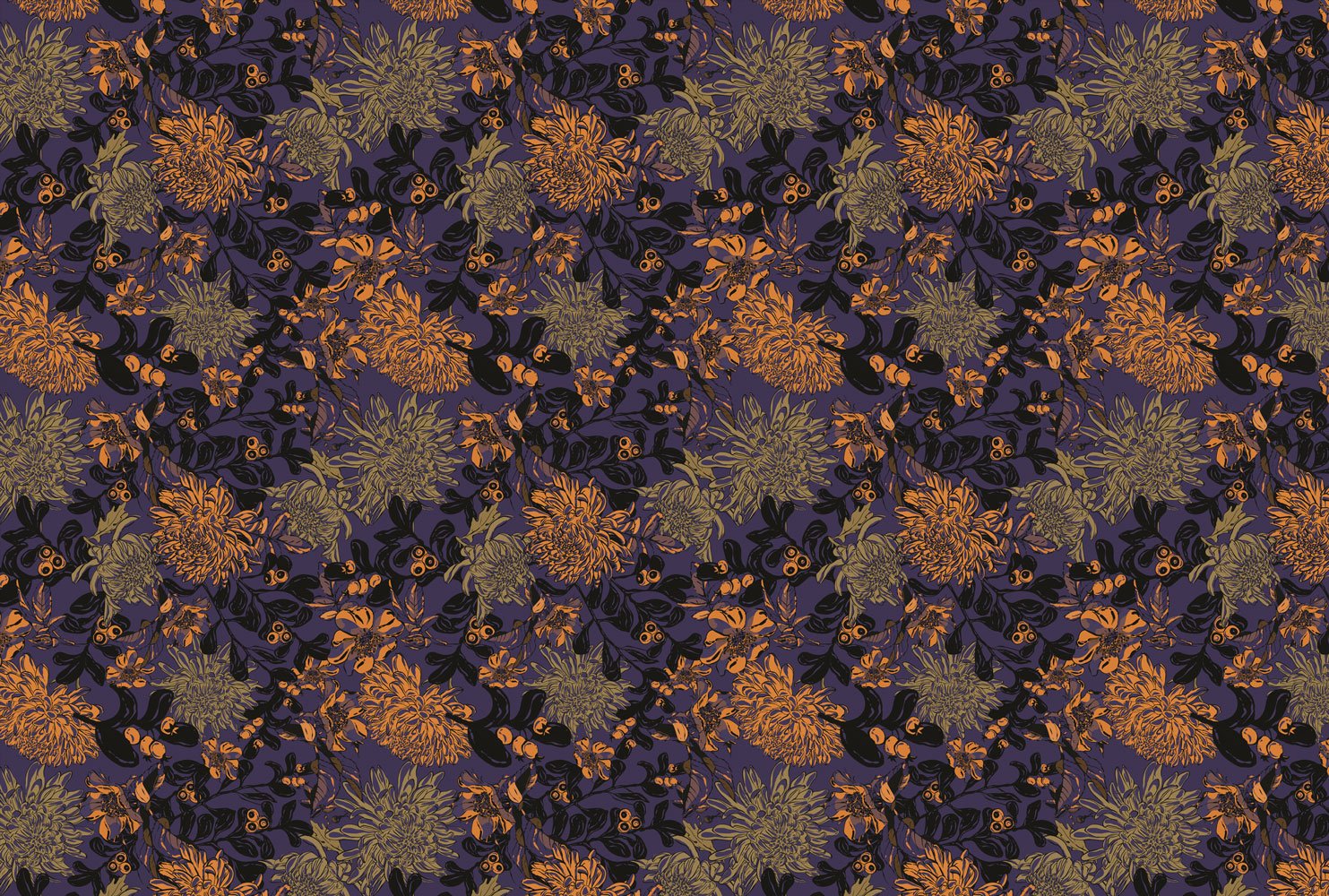 Written in 1909, when Lawrence was just 24 years old, Odour of Chrysanthemums follows Elizabeth Bates, a miner’s wife, as she waits at home for her husband Walter to return from his day’s work at the colliery.
I first read this story in my third year at university, in my drafty, damp, student house. Missing the comforts of home I had filled the little house with bunches of cheap, brightly coloured chrysanthemums, stuffed into old wine bottles and empty jam jars. To me these wispy little flowers will always smell like a confusing mixture of freedom and fear, excitement and loneliness. I was out in the world doing just what I had always dreamed of doing, and yet I was alone.
For Elizabeth Bates the odour of chrysanthemums invokes a similar emotion. The scent recalls memories which she both cherishes and resents, of a long marriage to man from whom she has drifted far. Throughout the story Elizabeth is forced to confront the confusion of feelings that these little flowers conjure. Love and hate blur within the pages and Elizabeth and Walter, victim and abuser, continually switch places in their unhappy dance.
When their son scatters some chrysanthemum petals on the garden path Elizabeth chastises him because she hates the way the flowers look. Yet she bends and picks up the broken stems and carries them with her in her apron band. When her young daughter remarks about how lovely they smell, Elizabeth says ‘Not to me. It was chrysanthemums when I married him, and chrysanthemums when you were born, and the first time they ever brought him home drunk he’d got brown chrysanthemums in his button-hole.’ Yet they grow in her garden, she keeps vases of them in her home, and she tenderly carries with her a few crushed petals.
Odour of Chrysanthemums is about the complexities of human relationships, and about the role we play in their successes and failures. It is a story full of bitter-sweet longing which touched me many years ago, and does so every time I read it.