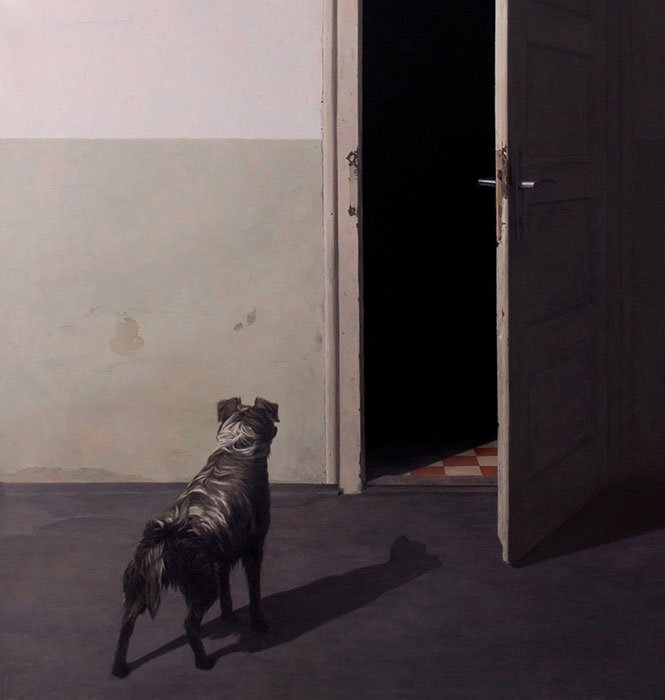 Clemens Meyer is perhaps the most exciting German author of his generation. In his short stories, as well as in his two novels, he unveils the anxieties, the struggle, and the longing for salvation of human existence. Born in 1977 in Halle, East Germany, he wrote his stunning first novel, „Als wir träumten“ („When We Were Dreaming“), about young desperados, just after the fall of the Berlin wall, when the system had collapsed and dreams ruled. In that state of anarchy, the young heros party, fight, and drive their lives against the wall, illuminating the crazyness, the glamour and the magic of the world we live in. His writing can be ruthless and irritating, yet at times poetic and sensual. His story of a man desperately trying to get into his locked apartment is at once slapstick comedy, a timelss picture of vanity, and a rumination on death and loss. Clemens Meyer shows us a picture of humanity filled with greatness, pride and pity.

Outside the door, in my back yard, right next to the old cherry tree, is a small grave marker made of red bricks. There lies my dog Piet. I had him cremated and buried the urn there. He lived to over fourteen. The doctor stopped his heart on the evening of 19 October. He had eaten little the previous days and his last meal too he merely sniffed at and then ate a few bites, as if he knew what was coming. The doctor injected him with an anaesthetic, not too strong so that he started drifting off very slowly. And then I sat beside him for a while longer, I’d washed his blankets so he died clean and soft, the doctor asked and I said yes, and then he took another syringe with a long, thin needle, felt his ribs, looking for his heart, and injected directly into it. I put my hand on his muzzle so he can smell me. For an instant he rears up, opens his mouth, and I put my hand inside it, wanting him to get my scent in his last seconds. And he grows calm, I can feel the moment, his teeth touch my skin. He’s gone.

*This story is taken from: Gewalten © S. Fischer Verlag GmbH, Frankfurt am Main 2010.