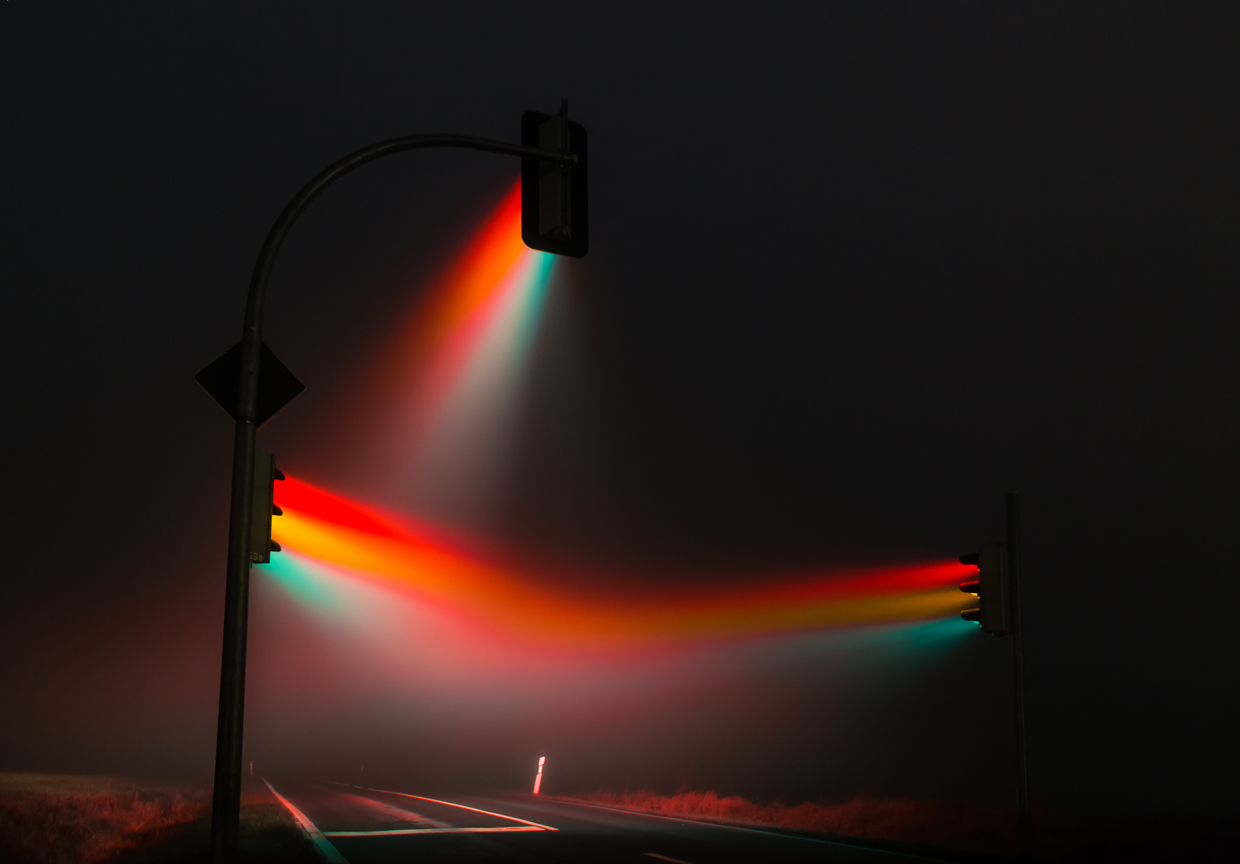 A taxi is driving but hardly advancing, moving from traffic light to traffic light, from a red light to a red light. In the background, the radio gives updates about the fighting in one of countless “rounds” in a continuous conflict that sometimes seems never to end, monotonous like the rhythm of fingers tapping on the dashboard. ‘It’s a tough situation, but it’s temporary…’
‘this is not the right time for Oum Kalthoum’ – Little lies that are meant to make time feel normal. As if there is a ‘right’ time for Oum Kalthoum at the end of all this. This is the Gazan version of Beckett’s absurd play “Waiting for Godot”. The driver and the passenger-narrator are the only ones exchanging words, though it’s not really a conversation – they are Godot and Didi. They are joined by “Pozzo” and “Lucky” the 12 and 9 year old boy-peddlers (their appearances mirror each other) and like Lucky, it is possible to think of them both as slaves: even if they are not chained to a master, they are condemned to work that cannot support them, without any prospects of finding other employment – though at least “they are not beggars”. The 15 year old boy who washes cars can play as the “goatherd” character, though he does not carry a false massage of transcendental redemption, but is redeemed himself, only slightly, in a momentary act of human grace. There are several such acts of grace amongst the passengers in the taxi as well: they are manifested in the simple ceremonial every-day gestures: politely declining gum, chocolate or cigarettes that are offered as mere courtesy; Collecting money and passing it forward, so as not to make the driver put his hand out like a beggar, literally.
These simple gestures bring new meaning to the word fraternity. Not the fraternity of soldiers or workers, but the fraternity of those who wait, who are stuck together in a situation that is beyond their control. They are not helpless victims. They make sure to treat every small moment with the outmost respect.

He reaches behind him, over the seat, so the passengers next to me in the back of the car can put their fares into his outstretched hand. He carelessly chucks the money down beside him, with a gesture of disgust that I resent. In an attempt to get him talking, I mutter,

‘There are more cars than passengers!’ he retorts. ‘What we take only just covers our fuel costs!’

He falls silent and contemplates me in his rearview mirror for a moment, before continuing bitterly,

He stops at a red light near Firas al-Sha‘abi market. He sighs heavily, almost violently, with an air of utter exasperation, and begins drumming irritably on the steering wheel with his fingers. A beautiful face approaches. It belongs to a boy who can’t be more than nine years old. He’s saying something, but so quietly that we can’t make out the words through the glass. The driver presses a button to lower the window, and the child’s voice fills the car as his hand reaches in, holding out two bars of chocolate.

‘Just a shekel! Two for a shekel!’

The driver gives him a shekel and takes only one of the bars. He offers it to us and we all turn it down, so he throws it onto his dashboard and – seeing the lights turn green – clunks the car into gear ready to pull away.

He fiddles with the tape player to get it working, and Oum Kalthoum’s voice suddenly soars out. ‘Not the right time for you!’ he mutters to himself and ejects the tape, turning on the radio. The announcer’s quavering voice brings an air of war, raging war, right into the car: siege, assassination, injury, detention.

The driver speeds up, racing to catch the green lights he can see up ahead of us. But before the car reaches them they’ve changed through yellow to red, and he’s forced to stop again. He turns off the radio with an irritable snap and goes back to tapping his tense rhythm on the steering wheel. Another beautiful face draws near. This child is about twelve years old. The driver lets out another infuriated snort and then lowers the window. Once again the sound of a child’s voice fills the car – ‘Half the price it is in the shops!’ – as the little hand thrusts a packet of chewing gum towards us through the window. The driver looks at the passengers’ faces in the rearview mirror: none of us move a muscle. He picks up a coin and hands it to the kid, takes the packet of gum from him and lobs it onto the dashboard next to the bar of chocolate. The lights turn green. I suddenly realise I didn’t give him my fare when the others did, but I’m reluctant to hand it to him directly – I don’t want to see him put his hand out behind him. So I give my money to the passenger sitting next to him in the front, who passes it on. The driver looks at me in the rearview mirror and smiles. We’re passing Unknown Soldier Park now, where some mellow faces loll on the green grass, and others exhale nargilah smoke up into the sky above the cafe chairs. Two young men trail along behind a gaggle of careless, coquettish young women, who are wandering around the place in circles. All of them are looking for an escape.

The car turns left towards Rashad al-Shawa Junction. The lights are red, as usual. He pulls up, puts on the handbrake, and reaches for a packet of cigarettes. He opens them and offers them around in case any of us wants to smoke. Once we’ve all said no, thanking him, he takes out a cigarette and lights it.

A young lad comes over to the car carrying a wet rag. He could just about be over fifteen. He wipes the bonnet quickly then comes around to wipe the wing mirror on the driver’s side. The driver takes a long deep breath, looking intently at the lad’s face. Then he orders him to stop cleaning the car. The little boy backs away from the car, as the beseeching look in his eyes turns to resignation. The driver beckons him back over and holds out a coin. The boy snatches it in happy disbelief – it’s been a long time coming, this sudden payment. He moves off a little way, heading for another car, but our driver calls out to him once again, so he hesitantly comes back over. The driver hands him the chocolate bar and the chewing gum.

‘Sell these and keep the money!’

The lights turn green and the car pulls away. It turns left and races off towards al-Azhar University junction, where more red lights await us.

The story is now added to your reading wish list. All the stories you want to read are waiting for you in your new personal area
try it
4
Kamal Riahi

The Beretta Always Wins (A chapter from a novel)