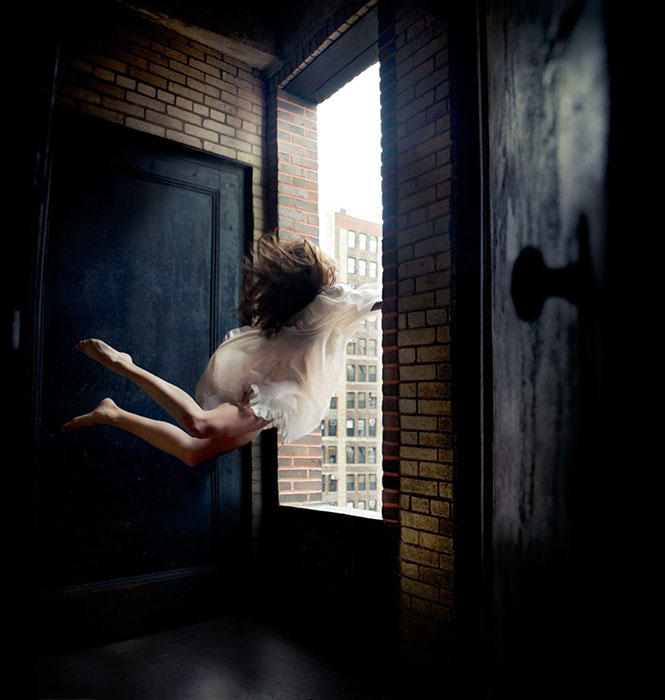 Regina by Gilles Rozier focuses on one of the most disturbing topics: disappearance. Not one’s own disappearance, but the disappearance of others and the fear of life without them. We have many fears regarding our loved ones – that they might suffer a catastrophe, lose their minds, take their own lives, even the fear of abandonment is associated with a break-up – but disappearance seems to overshadow all others. Alongside the knowledge of the absence, a certain unrest gnaws at the soul of the deserted individual; he is tortured by self-reproach and a big question mark that arises: what happened? Why? How? What could I have done to anticipate this disappearance and, especially, when (if at all) will it be resolved. When the absent is no longer absent, so it seems, the equation will finally be answered and all the troubles, horror and terror will be gone.
The person who has been evaded feels anger toward the one who has disappeared, and this anger is mingled with sincere worry. He feels the ground shifting under his feet. He makes promises and takes vows which no one can release him from, besides, of course, the missing person herself. “No news” complains the narrator at the beginning of the story concerning Regina’s disappearance. “It’s been almost eight years now”. The absent person’s moment of disappearance (or, more precisely, the moment the fact of his or her disappearance becomes known) triggers a clock that does not obey the laws of time of those present. This clock doesn’t even get the time right twice a day, like one that has stopped; on the contrary, it ticks and ticks and all the hours are its hours, all the minutes – its minutes. “Anyone can be found,” claims Regina, and the narrator proves her wrong: “Not those who disappear”. You can’t find those who disappear, and the moment of disappearance is what defines their condition, otherwise, they wouldn’t be missing.
Regina focuses first and foremost on absence, but through this absence other topics arise, most of which focus on the relationship between the lover and the loved one; the inevitable distance between them, the desired proximity; freedom and ties; guilt and comfort. The quick style and use of short, disrupted sentences make the text seem like a frenzied race that has ran amok, a chase after something that we once had but has slipped our grip. The last sentence may echo the end of “Solitude” by the French-Jewish singer Barbara. But while the solitude appears in Barbara’s song as a kind of guest who turns up on one’s doorstep and comes to stay, the narrator of Regina rejects the definition of his loved one as absent as best he can and, for a few minutes, with the help of his words, he even succeeds. And so, the story he narrates brings his loved one back to him a moment before she slips away once again.

I haven’t had any news. It’s been almost eight years. At first, I had high hopes. I couldn’t imagine that she’d disappeared forever. She would come back. One day, I would hear her voice in the stairwell, and she’d come in and say, What a story, if I’d known, I would’ve stayed in bed this morning. I have imagined every possible scenario. Regina went downstairs to buy next to nothing, two leeks, a pound of turnips, some carrots, a few spring onions, all a matter of twenty minutes or so, but then she stopped by a café on her way home. She stayed for lunch because she ran into a friend there, she lingers because it turns out that this is a childhood friend, a girl from back home: “In those days, we were inseparable, like sisters, I don’t even remember how we lost track of each other.” Regina felt dizzy, she was taken to the hospital, not from the café on the corner, where everyone knows her, but from some place farther away, beyond the neighborhood, some place where she’d never ventured before, and she didn’t have her papers on her, and no one knew her there, in that café. She was transported to the hospital, unconscious, she is alone in a room with white walls, unknown, unknowable, unrecognizable, no one to say, “That’s Regina, we must call her loved ones and let them know.” No one to dial my number and me, who’s beginning to realize that time is passing. Where is Regina? I’ve scoured every bistro in the neighborhood, in the city, and also the hospitals. Where is Regina? Gone to visit the seaside? Two days alone in a little hotel on the Norman coast, she wanted to see Étretat, or the Bay of Somme, but why take off without warning? If she wanted to be alone, she could have told me, I would have understood. No, I wouldn’t have understood, I would have said, “I went with you to Étretat last time, it was with my grandmother two years before she died.” I wouldn’t have understood if she wanted to be alone, I went with her everywhere, it was my vision of couplehood, being together, being together as much as possible, making the most of life before death separates us, I just didn’t realize that she loved being with me and that she also loved being without me, that she loved being, whereas I loved being with her. She left without saying anything because she didn’t dare tell me that she wanted to be alone, that she wanted the sea to herself, or else the mountains, she used to dream about the Mer de Glace, I must hurry to see it before it melts, it’s already shrunk by several kilometers, or maybe Pompeii, or Tangier, or Easter Island. I rummaged through everything in the apartment looking for a tourist map, a credit card receipt, some evidence of foreign calls. But there was nothing. I continued to wonder. When would she have to come back from Pompeii-Tangier-Easter Island? I waited for her. Gone to live elsewhere, gone with someone else, or someone else again, gone against her will, arrested, deported, transported, raped, beaten, tortured, killed. Killed? Who would kill Regina? What for? And the shopping bag? The leeks? The turnips? No trace of turnips. No shopping bag, no cardigan, no DNA. Gone without leaving a trace or a forwarding address. Vanished. No one knows where she is. I don’t know where she is. The earth opened up and swallowed her. Now she’s playing Captain Nemos beneath some bulge in the earth. She’s a prisoner, she was kidnapped, she was bound and gagged, she is forced to do things she doesn’t want to do and thinks of me. She thinks of all these days when we can’t be together. She says to herself, “I never want to live without you again, from now on you’ll come with me even to the market.” She daydreams about our unhatched plans for happiness, our now useless lies. She no longer has anyone to lie to. Regina has disappeared. Her clothes are still here, her books in a language I don’t understand. But why learn it now? Would she have stayed if I’d learned it? She’s gone to get back to this language. If you don’t learn it, it’s because you didn’t really want to live with me.

I’ve looked and looked for Regina. Shouldn’t I keep on with it, rather than throwing in the towel after just a few years? She wants me to find her. She’s putting me to the test.

“You don’t love me. You don’t think I’m worth more than a two-year search. Why did I stay with a man so long who didn’t even love me? You haven’t even gone to Easter Island to look for me. I would’ve already made the trip.”

“But how do I know where to look? Who says you’re on Easter Island? Why not Samarkand, Zanzibar, Tamanrasset…?”

“Everyone can be found.”

“But someone who disappears — they don’t exist.” “Or else the secret agents have given me a new face.”

So she has a new face. She lives next door, under a false name. Or maybe Regina wasn’t her real name to begin with. She has reassumed her real name. It was a bizarre name anyway, Regina. It was all wrong for her. She lives nearby, in the apartment across the way, she observes me, she is amused at my lonely life. She keeps a tally of the people who come up late at night and don’t go down until morning.

I’m her entertainment. She knows everything about my life. She uses the door code to get in and rummage through my mailbox when I’m out, she listens to my answering machine remotely, she connects to my voicemail without my knowing it. She monitors all my comings and goings and notes them down in a journal. She is always watching me, and I am always looking for her, waiting for her. She scrutinizes me. She inhabits me. She is here.