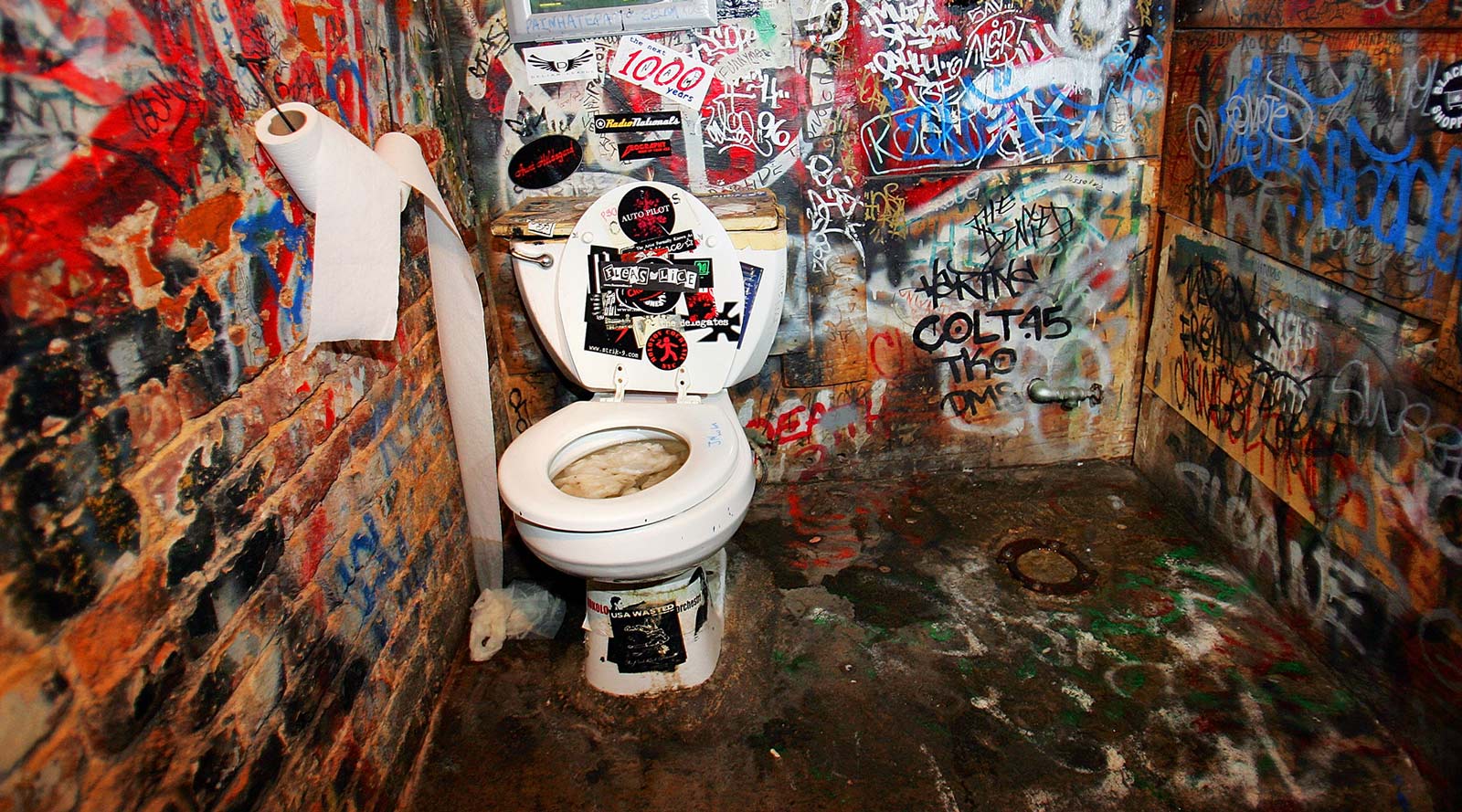 Richard Nixon, My Mother distills the best of Greed, Tahel Frosh’s groundbreaking poetry book. A long poem or maybe a poetic story, it embodies her poetry’s brave and exhilarating shift toward prose and the prosaic. The text playfully deals with the classic components of a family drama, which includes, besides the narrator, a brother, a mother and a frustrating object of desire. This paranoid fantasy brings the mother to a club where the brother is performing and forces her and the daughter into an unbearable moment of intimacy in the toilets. But instead of charging this moment with the conventional contents that accompany the fantasy about the intrusive/castrating mother, Frosh marvelously updates the scene and exposes the common, pivotal and unspoken component of the castrating scene: the parent presenting his unemployed son or daughter with an absurd job offer (Don’t say you don’t know it!). Frosh creates a brilliant link between the theatre of classic psychoanalytic gestures (for example, the mother pees vigorously while the daughter suffers from “performance anxiety”, and so on) and the general situation that unsettles and redefines the relationships inside the family. The daughter’s gradual submission to the mother’s reality check is dramatized with virtuosic and very funny irony (“Maybe I should be a business woman like him. What’s so terrible about that?”); and in a world where there are only ghosts of men (where do the brother and object of desire disappear as the story progresses? There is no doubt that the evening’s real performance is taking place in the toilets and belongs to the mother and daughter), this submission is coated with a certain sweetness: this poem-story ends with a moment of bizarre intimacy between the two women and uses a single motion to untie an entanglement that could have been the focus of an entire novel in itself.

The heart, had it been able to think, would stop beating, I thought as I entered that dark club. People leaning against the walls, people being dragged down to the light only to resume their fixed positions, massive music blasting boom-boom-boom, rooting me down, up, I walk over to a long bar. Where the hell is my brother? It’s his show, I could be too late. I’m probably too late, there are no possibilities for salvation in the air vents here. I spot Itay at the other side of the bar, his face is white as death and his blue eyes are gazing nonchalantly at slices of tits that keep materializing. And as I draw closer, my heart slices open with the realization that he desires another, and although in fact I don’t want him at all, I still need him to want to sleep with me. That is, I mean, I am utterly humiliated even before he casts me a lazy look and says, “Hi.” “Hi, where is my brother?” I ask.  “Your brother. Your brother is in rehearsal, didn’t you see him?” He asks, indifferent, bemused, awful. “No, I just got here” I reply.

Oh, my entire being is a mass of condensed matter focused at his face, his bastardly face, “yeah,” he says and turns away and does not look at me, at this body encased in flimsy, tight, meaningless garb. I sit down anyhow, on a narrow, hard, uncomfortable chair and Itay either stays or goes, yes, he goes of course, leaving me alone.

My Mother suddenly arrives. She’s here to see my brother’s show and he’s not anywhere. She sticks out like a sore thumb in this club. A heavy whale. She crosses through the young people and she’s not young, nor is she pretty and attempting to dance. I haven’t seen her in a month, maybe two. She asks me how it’s going. “You don’t look well,” she says. “What are you doing these days?” “You know,” I tell her, “I’m really busy with my studies.” “I have a job offer for you,” she says after a deliberate pause. “What would you say,” she continues like a bulldozer, “about being Richard Nixon’s personal assistant?” She’s insane, I think, Nixon’s not even alive and even worse, that woman has some nerve, she has no idea who I am, she wants me to be a businesswoman but I have the heart of an artist, remote from monetary concerns. “I already set up a meeting,” she tells me. “No way am I going to any meeting” I am resolute, “let him come to me if he wants.” Ah! Relief floods over me, never would he arrive, Richard Nixon RIP clad in a business suit, and she would choke on her false hopes, her delusions. “He has agreed to come here,” she says unexpectedly. “What?” I scream over the music, “here?” “Yes” she says. “I need to go to the bathroom” I tell her. “Me too,” she says.

The bathroom has a double stall. A thin wall separates two filthy toilets and a single door closes them off from the outside. You can see the contaminated space through a narrow slit in the doorframe. Brown streaks climb up the sinks and cracked mirrors. The walls are covered with squares of grayish tiles, with their original white color peeking through underneath. I sit down on one of the toilets, intending to pee. But I can’t because she, my mother — her unbelievable audacity, invasion of personal space and what else could possibly be said — has brazenly parked herself on the adjacent toilet seat like the master of the house, with the fleshy abundance of someone who couldn’t care less.

She has a presence that needs no words. She pees immediately, with a loud shameless stream, and I envy her for it and I want to uproot her from the toilet seat and blast her out of there on a rocket right up to the sky, get her out, just get her out. My underwear is pulled down and I’m cold and I can’t do anything except listen to her, no, not to her, rather to her stream of piss, “get out of here,” I tell her. “No,” she replies. “He’s supposed to arrive.” “Here?” “Yes, I told you that he would come.” Richard Nixon will arrive at this toilet, I think, she managed to raise the dead and she managed this too. “Go, get out of here,” I tell her, because my heart hurts so much, I want to pee so badly and I can’t because of her.

And then Nixon arrives. I spot the suit and the impenetrable face through the crack in the door. A victorious sensation fills my mother’s heart and turns the air thick. He is standing in the midst of his aides and advisors and security men, they’re all fixed in their strategic places and he looks so alone. Nixon came to the toilet to talk to me, God! I’m stuck with a stream that’s not coming out; maybe I’ll be a businesswoman like him, what’s so bad about that? After he was impeached, after all the bad things he did, he turned to business and made a lot of money. Now he’s looking for a personal assistant for his —- company. Me? Me. But I’m so far from Richard Nixon, the bully, the ignoramus, but perhaps I am as dark as him? “Go away, go away,” I say to my mother, who doesn’t know a thing about darkness although she carries it within herself. “Get out of here already.” But she stays.

The sky was never as blue. I lift my head upwards, upwards, and the blueness recedes as I rise. My mother is by my side and beneath us are the treetops, we are walking on an expansive, beautiful spring boulevard, it’s the beauty of bounty, when nature offers up opportunities and the heart senses them all. We are holding hands and this time these hands contain solace. Our feet are encased in huge wooden clogs, taller than the treetops. This is our path in these clogs but we are not clowns nor are we characters out of an ill-fated play. She walks lightly and I walk lightly and I am not afraid at all, even though my legs always shake at heights.

The story is now added to your reading wish list. All the stories you want to read are waiting for you in your new personal area
try it
11
Leonid Andreyev