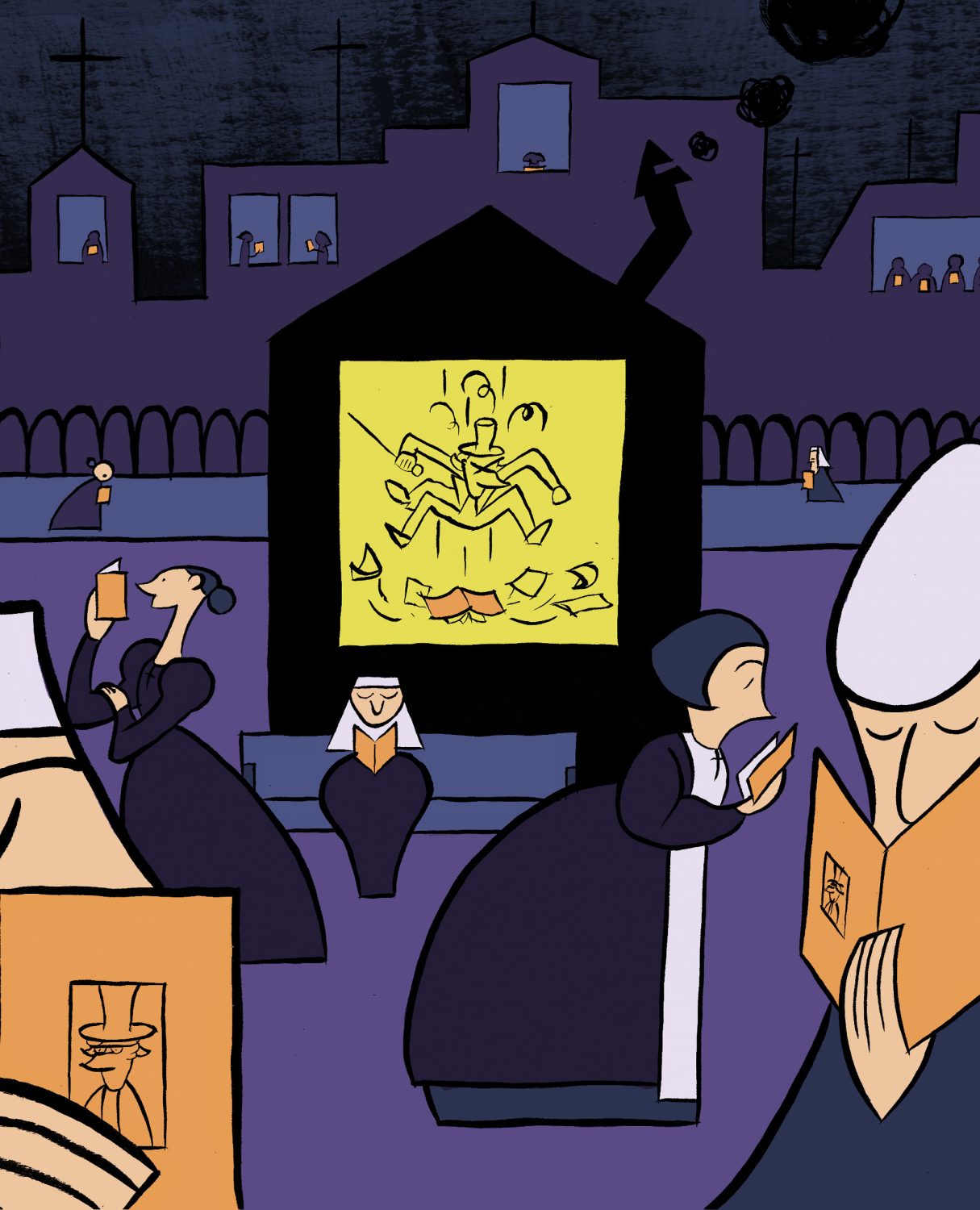 Søren Kierkegaard was a young university student who lived in the city of Copenhagen, Denmark in the nineteenth century. He enjoyed his university studies, but he felt that they were missing something. His professors taught the views of thinkers from hundreds of years earlier and classified them according to their various beliefs pertaining to the meaning of the world. However, none of them helped young Kierkegaard find the meaning of his own world.

In his diary, he wrote: “What I seek is to find my own philosophy – the philosophy of Søren Kierkegaard – first name, last name – not the philosophy of all people.” Despite his confused thoughts, he was by no means a lonesome person. Indeed, he was extremely popular among his friend and was invited to many parties, although, there too, he felt like something was missing.

One night, while returning home from a party where he had been witty and entertaining and the center of attention, he felt that he was not having a good time at all. The immense boredom of a life without meaning was simply preventing him from enjoying himself.

So Kierkegaard decided to try to be a good, moral person – the kind of person that does what everyone should actually be doing. Perhaps by doing so, he hoped, he would find the solution to his problem. Now, he crossed the street only at crosswalks, he returned all his books to the library on time, and, even though he was not at all ready for the life of a family man, he asked his girlfriend Regine Olsen to marry him. Soon after, the two announced that they planned to be wed.

That’s how it should be, thought Kierkegaard: study at university, get married, bring children into the world, work, and… and what? Is that all that life has to offer me?

Suddenly, an idea struck him. All the elderly professors had tried to speak to him using intellect, to explain how the world worked and how he, as a person in the world, should act. But Kierkegaard did not want to live in the world like an ordinary person: his intellect was satisfied by the professors’ arguments, but his soul wanted more.

He then tried to follow the path of the heart. After all, everyone says that people need to follow their hearts, and he truly did love Regine. However, deep down in his soul, he knew that despite his feelings for Regine, he was destined for a different path in life: a path that, were he not to take it – even if it ran counter to his intellect and his heart – he could never truly be happy.

Therefore, to the great surprise of the citizens of Copenhagen, Kierkegaard called off his engagement to Regine, closed himself up in his house, and sent a notice to the press: “Dear citizens of Copenhagen – A number of books will soon be published under various names. Please do not relate to these books as if they were written by Søren Kierkegaard.” It was a strange notice by all accounts. Books were always being published under the names of different authors: why would people think they were written by Søren Kierkegaard?

Not long passed before a book titled Either/Or, Part I was published by a man named Victor Eremita. The book was very thick and consisted of different chapters emphasizing that what was important in life was simply to enjoy life without thinking too much about it: to go to parties, to love, to eat, and to be happy.

The book was well written, humorous, and persuasive, and all of Copenhagen quickly entered a craze of parties and recreation. But as every lover of recreation knows, too many parties ultimately results in boredom. And if a good party was no longer something that could be enjoyed, then what could be enjoyed?

Fortunately, around the time when Copenhagen began to understand that a life of continuous partying can be extremely boring, another book, written by a man who introduced himself as a judge and a family man, was published under the title Either/Or, Part II. This book praised moral life, family life, and the law.

Like Part I, Either/Or Part II was written so persuasively that all of Copenhagen now decided to live moral lives. They stopped speaking profanities in public, crossed the street only at crosswalks, and checked their children’s homework everyday. But when everyone lives like everyone else, it is hard to feel that my life holds something special. And who wants to feel that there is nothing special in their life?

By this point, people already knew that the author of these books was none other than Søren Kierkegaard. The citizens of the city were quick to approach the philosopher living among them and to ask him: “So… How should life be lived: as a life of parties or a life of morals?”

Because the books he wrote were titled Either/Or, they expected a simple answer – either this or that. Kierkegaard, however, responded with another book titled Fear and Trembling, this time under another pseudonym: Johannes de Silentio.

In this book, he spoke not about the life of all people but rather about the life of one man: Abraham the Patriarch. In the Bible, God asks Abraham to kill his only son Isaac. Although the act was demanded by God, it by no means pleasant or enjoyable in nature, and it was also not the good and moral act of a family man. Nonetheless, Abraham, the “knight of faith,” set out to fulfill God’s commandment – without asking what about it was enjoyable or moral, but rather simply by virtue of the faith in his heart.

The citizens of Copenhagen thought that this time they understood Kierkegaard: they were not supposed to live a life of debauchery or a life of morals, but rather a religious life – a life of faith. Therefore, the confused people of the city decided to abandon the life of debauchery and family life for a life in the bosom of religion. They began saying prayers each night before going to sleep, consulting with the scriptures regarding every decision, and visiting houses of worship every weekend.

Quite disappointed with the response of the citizens of his city, Kierkegaard published another book, this time not under a pseudonym but rather using his own name. In this book, titled The Point of View of My Work as an Author, Kierkegaard explained that people live their lives in society and try to judge themselves according to the standards of others or to find their path in the books of others. Society, from its part, moves like a herd, following every new fashion that arrives in the city. As a result, people are carried from here to there, from fashion to fashion, and from one kind of life to another, without ever pausing momentarily to ask: “What kind of life is best suited for me?”

Suddenly, the citizens of Copenhagen understood just how mistaken they had been in their understanding of the previously published books: they had quickly changed their lives in accordance with every new book they found sufficiently convincing, without stopping to ask themselves whether the life in question was one that suited them.

And what about you, my dear readers – Have you ever stopped to ask yourselves: “What kind of life is best suited me?”

*This story is taken from: “True Tales Project”, That will be published in 2018 by Fennec Publishing.
*Illustration: Ido Yogev