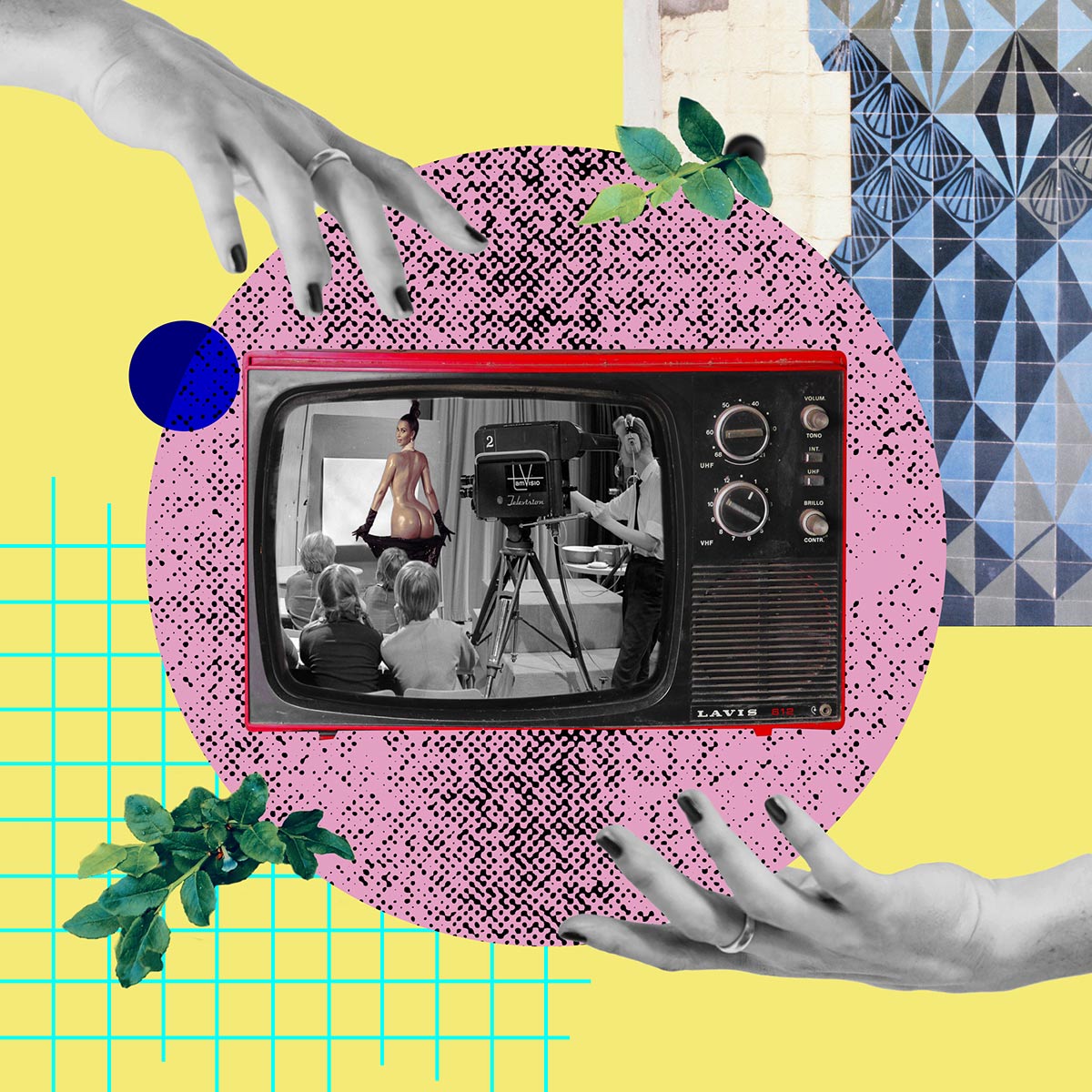 Historian Eric Hobsbawm wrote that the youth of the end of the twentieth century grow up in a sort of permanent present. “Television” was published in the collection Varieties of Disturbance in 2007, and somehow, it seems to me that nearly a decade later, what it describes has already become such a widespread and trivial phenomenon that we no longer find the need to pause and observe it. We watch TV series. Staring at the screen pushes away our days. The question “What are you watching now?” is a central to any small talk, and has long replaced the question “What do you read?” This story, like many others of Davis’s short prose, is sharp and precise and reminds us why we should never stop observing. Looking back on Hobsbawm’s words, and on Davis’s writing, here and in other stories, we may pinpoint the process: what was considered a critical, hard-hitting statement a decade or two ago, is now a common truth—we wish to move away from the days, prefer the simple plot of a film — have we always struggled so much to bear even the present?

We have all these favorite shows coming on every evening. They say it will be exciting and it always is.

They give us hints of what is to come and then it comes and it is exciting.

If dead people walked outside our windows we would be no more excited.

We want to be part of it all.

We want to be the people they talk to when they tell what is to come later in the evening and later in the week.

We listen to the ads until we are exhausted, punished with lists: they want us to buy so much, and we try, but we don’t have a lot of money. Yet we can’t help admiring the science of it all.

How can we ever be as sure as these people are sure? These women are women in control, as the women in my family are not.

Yet we believe in this world.

We believe these people are speaking to us.

Mother, for example, is in love with an anchorman. And my husband sits with his eyes on a certain young reporter and waits for the camera to draw back and reveal her breasts.

After the news we pick out a quiz show to watch and then a story of detective investigation.

There is one quiz show which is particularly good. Each week the same man is there in the audience with his mouth tightly closed and tears in his eyes. His son is coming back on stage to answer more questions. The boy stands there blinking at the television camera. They will not let him go on answering questions if he wins the final sum of 128,000$. We don’t care much about the boy and we don’t like the mother, who smiles and shows her bad teeth, but we are moved by the father: his heavy lips, his wet eyes.

And so we turn off the telephone during this program and do not answer the knock at the door that rarely comes. We watch closely, and my husband now presses his lips together and then smiles so broadly that his eyes disappear, and as for me, I sit back like the mother with a sharp gaze, my mouth full of gold.

It’s not that I really think this show about Hawaiian policemen is very good, it’s just that it seems more real than my own life.

It’s partly my isolation at night, the darkness outside, the silence outside, the increasing lateness of the hour, that makes the story on television seem so interesting. But the plot, too, has something to do with it: tonight a son comes back after many years and marries his father’s wife. (She is not his mother.)

We pay a good deal of attention because these shows seem to be the work of so many smart and fashionable people.

I think it is a television sound beyond the wall, but it’s the honking of wild geese flying south in the first dark of the evening.

You watch a young woman named Susan Smith with pearls around her neck sing the Canadian National Anthem before a hockey game. You listen to the end of the song, then you change channel.

Or you watch Pete Seeger’s legs bounce up and down in time to his “Reuben E. Lee” song, then change the channel.

It is not what you want to be doing. It is that you are passing the time.

You are waiting until it is a certain hour and you are in a certain condition so that you can go to sleep.

There is some real satisfaction in getting this information about next day’s weather – how fast the wind might blow and from what direction, when the rain might come, when the skies might clear – and the exact science of it is indicated by the words “40 percent” in “40 percent chance.”

It all begins with the blue dot in the center of the dark screen, and this is when you can sense that these pictures will be coming to you from a long way off.

Often, at the end of the day, when I am tired, my life seems to turn into a movie. I mean my real day moves into my real evening, but also moves away from me enough to be strange and a movie. It has by then become so complicated, so hard to understand, that I want to watch a different movie. I want to watch a movie made for TV, which will be simple and easy to understand, even if it involves disaster or disability or disease. It will skip over so much, it will skip over all the complications, knowing we will understand, so that major events will happen abruptly: a man may change his mind though it was firmly made up, and he may also fall in love suddenly. It will skip all the complications because there is not enough time to prepare for major events in the space of only one hour and twenty minutes, which also has to include commercial breaks, and we want major events.

One movie was about a woman professor with Alzheimer’s disease; one was about an Olympic skier who lost a leg but learned to ski again. Tonight it was about a deaf man who fell in love with his speech therapist, as I knew he would because she was pretty, though not a good actress, and he was handsome, though deaf. He was deaf at the beginning of the movie and deaf again at the end, while in the middle he heard and learned to speak with a definite regional accent. In the space of one hour and twenty minutes, this man not only heard and fell deaf again but created a successful business through his own talent, was robbed of it through a company man’s treachery, fell in love, kept his woman as far as the end of the movie, and lost his virginity, which seemed to be hard to lose if one was deaf and easier once one could hear.

*Copyright © 2007 by Lydia Davis in Varieties of Disturbance, published by Farrar, Straus, and Giroux. All rights reserved.