The Day By Day Mosque 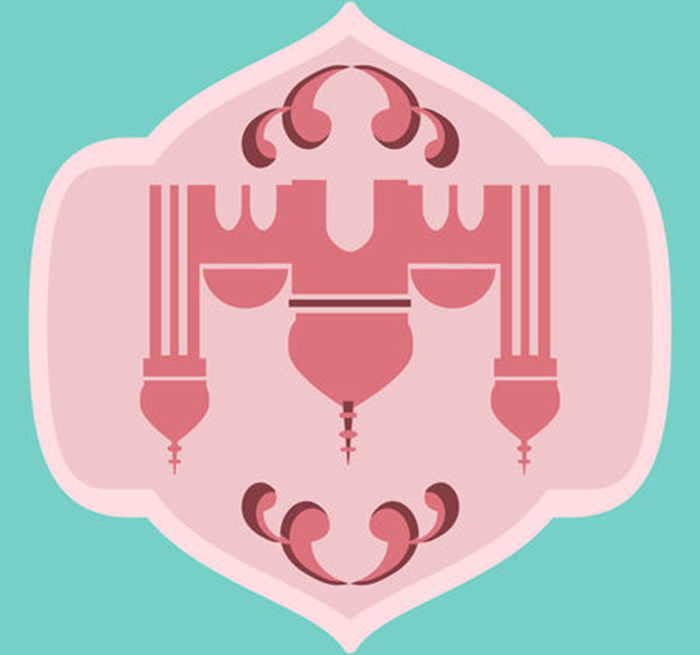 The Day By Day Mosque

This vinegar is exactly ninety-nine years old, if the calculations I jotted down on my calendar of motivational quotes are correct, because the perfume was produced exactly a week before the enormous concrete head of Saddam Hussein hit the ground. The proverb of the day was: The kangaroo keeps her young in her pouch, the perfumer keeps his in his nose. The city was in chaos. The syrup factory workers were rushing home on their motorbikes, carrying empty tins that were no use to anyone and would be sold a few days later to a nursery as containers for growing carnations; as for the syrup, they’d left it oozing in the press. All of Basra was being pressed, and the syrup of agitation and anxiety was dribbling out of it; number one on the list of the top ten things being squeezed just then was the president’s head under the feet of the citizenry, while the factory’s syrup came in last. Numbers two to nine were large noses under angry feet.

I was sold it by one of the employees of the National Snot Bank, a rotund young man who has a nervous habit of fiddling with his collar and twitching his neck when he speaks to you. We’ve developed a close relationship, and he’s become my agent, so I no longer need to review the bank’s biannual report. He visits us and collects our snot reserves in insulated containers; the snot extraction process being highly delicate, and governed by strict legal terms and conditions, Salman Day By spends three hours with us each time—for that is indeed his name: Salman Day By. It’s said that his great-grandfather was deaf and mute as a child, and spent the hot afternoons on the banks of the Tigris (the Tigris was a small river which some theologians have speculated never existed and was in fact dreamed up by sinners, rakes and watermelon-juice drinkers). Day By Day, to use his full name, always clutched a lighter in each hand, the pockets of his dishdasha full of other, broken, lighters and his fingers ragged and torn from constantly flicking them alight. Between you and me, this great-grandfather was a simpleton nobody paid any attention to – but then he became famous in a matter of weeks when a short video of him speaking for the first time, to two American soldiers accompanied by an Iraqi interpreter, went viral.

The Day By Day clan went on to produce some of the most well-known businesspeople in the country, and amongst their descendants they count a TV presenter famous for his acerbic interviews of politicians, a gynaecologist, a pop producer, and a diminutive actor who appeared in one of Peter  Spike’s  films  (in  a  five-second  scene  showing  a confrontation between two great armies in the third century BC). And here, in the heart of Basra, we have the famous Day By Day mosque, now around 70 years old. I can’t imagine it will ever disappear, or its name change: the Day By Day mosque is a weighty icon in the citizenry’s collective memory, and you often see it on TV as a backdrop for whichever local media personality is appearing as a guest on the BBC. It was designed by a prizewinning British architect of Iraqi origin and is shaped like a rectangle; sprouting from the top by way of minarets are two palm trees, which incline slightly towards each other such that the azan comes out in stereo – the architect of the noble Day By Day clearly wanted to play with the symbolism of unity, harmony and longevity – and now, Salman’s family name no longer refers to the kid with the lighters but to these twin minarets. If he ever boasts to us, while draining our noses, of his remarkable professionalism or the bourgeois elegance and tact he brings to bear on the process of mucus extraction and storage, we don’t interrupt and give him the pleasure of listening to a human with a blocked nose, we just defy him by mocking the slogan of the National Snot Bank: ‘Ever tried singing with a blocked nose? It’ll make you happy, lucky and rich!’

Salman is in love with his boss at the bank, a woman in her fifties responsible for drawing everyone’s attention to the crook in his neck and his habit of fiddling with his collar and the second button of his shirt whenever he wants to speak: she rebuked him for it once, and kicked him out of her office, standing in the doorway as she spoke so as to be sure all the employees  could  hear  her. After that, Salman’s tic became chronic; he’d do it unconsciously once, then on purpose dozens of times, to the point he became renowned for it. And not only did his boss reject him, she also insulted him and made fun of his face and his appearance, and even his family, mocking the fact they used to sell honey, vinegar and homemade hot sauce, leaving out the great mosque and the other more illustrious facets of their history.

This is the sort of thing Salman confides to me when we sit alone in the garden. I don’t like my children to hear when I’m evacuating my nose, and prefer the neighbours to listen instead: I actually want my neighbour to hear, as I’ve been trying to convince him for a long time that the sound of a man’s nose is a good indicator of his health and virility. Once, Salman got so annoyed at the sight of the neighbours’ heads popping up and disappearing again behind the wall that he packed up his metal containers and left, while I myself was pleasantly surprised.

Today I took out the vinegar I bought from him. The last of the children left earlier on the Euphrates train, with a warning that I mustn’t go back to licking the vinegar jar, and I swore I wouldn’t, knowing full well I’d slurp up a whole tablespoonful the moment he left the house, which is indeed what I did. And what a long and tedious farewell! He kept telling me I really ought to try the Euphrates train for myself, that it was so fast it would catapult him to the Gulf of Oman in just fourteen minutes, convincing passengers that the government’s decision to convert the dry riverbed into a tunnel hadn’t been so pointless after all. Once he’d said that, one eye on my index finger which was twirling in the air and dipping itself in imaginary vinegar, he left.

The snot is transferred from small vessels to large aluminium containers and transported north to the Gulf of Basra – the Inversion Project, which will convert south to north, is still in progress, by the way; I heard recently that workers are finding large snot reserves there, and that the project is running behind schedule: all that’s been achieved on the ground is the upending of the ground, while the hardest task of all still remains, namely to work out how people will be able to walk one way when they think they’re walking the other, or turn right when they’re turning left, by which I mean to say that the holdup is in the psychological preparations. They’re having to run opposite-direction induction workshops to train people in the new schema. Next comes the biological stage, which is slightly easier: take your stomach and your reproductive organs to your family doctor and have them perform a topical ointment massage and irrigation, and you’ll soon notice your body rotating to adapt to the new orientation – or at least that’s what the brochures and billboards and the posters in public toilets are promising.

Once that’s all over, I’ll be able to relax, and I’ll stop complaining to people, and everyone will understand that I’m just a regular guy who loves the inspirational sayings written in calendars. I’m just one in a long line of employees whose responsibility over many decades has been to draw the direction of the qibla in the Day By Day Mosque (should I have mentioned that sooner?), though I know my appearance might not be that of a lowly employee of the Day By Day family – and in fact my salary comes from the government, because the mosque belongs to the Ministry of Endowments.

But first, a week of intense work lies before me, because it’s me who’ll be responsible for reversing the arrows which mark the qibla after the enormous earthen prayer mat on which I and two hundred million other citizens reside has been flipped back to front. That said, compared to the fish in their marble pools, who will suffer immensely as the respiratory functions of their gills are inverted, my task should be quite fun; I used to do something similar as a child, when I’d scour the walls of streets frequented by lovers, and scrutinise tree trunks in search of their arrows, the kind they draw when no-one’s looking, and when I found them, scrape off their tips and make them point the other way. The fish and donkeys, with their innate sense of direction (not to mention their owners), will have a much harder time of it when their turn comes.

Salman Day By’s not scheduled to come tonight, so I won’t have the chance to show him I can drink an entire bottle of aged eau de toilette vinegar. Nor will I get to make fun of him for the fact his great-grandfather heard George Dubya’s first speech (“Day by day, the Iraqi people are closer to freedom!”) and uttered his first words – “day by day,” straight from the President’s lips – for two soldiers who got a kick out of poking fun at fat little boys, and in so doing became  instantly  famous. But all that’s become a fatuous refrain I repeat to irritate him and shut him up; I ought to summon up the spirit of the retired arrow-tip chopper instead and give him a free session on how to tie his shoelaces when the new orientational system comes into force.