00.00
The Decameron: Day the Fourth, The Ninth Story

The Decameron: Day the Fourth, The Ninth Story 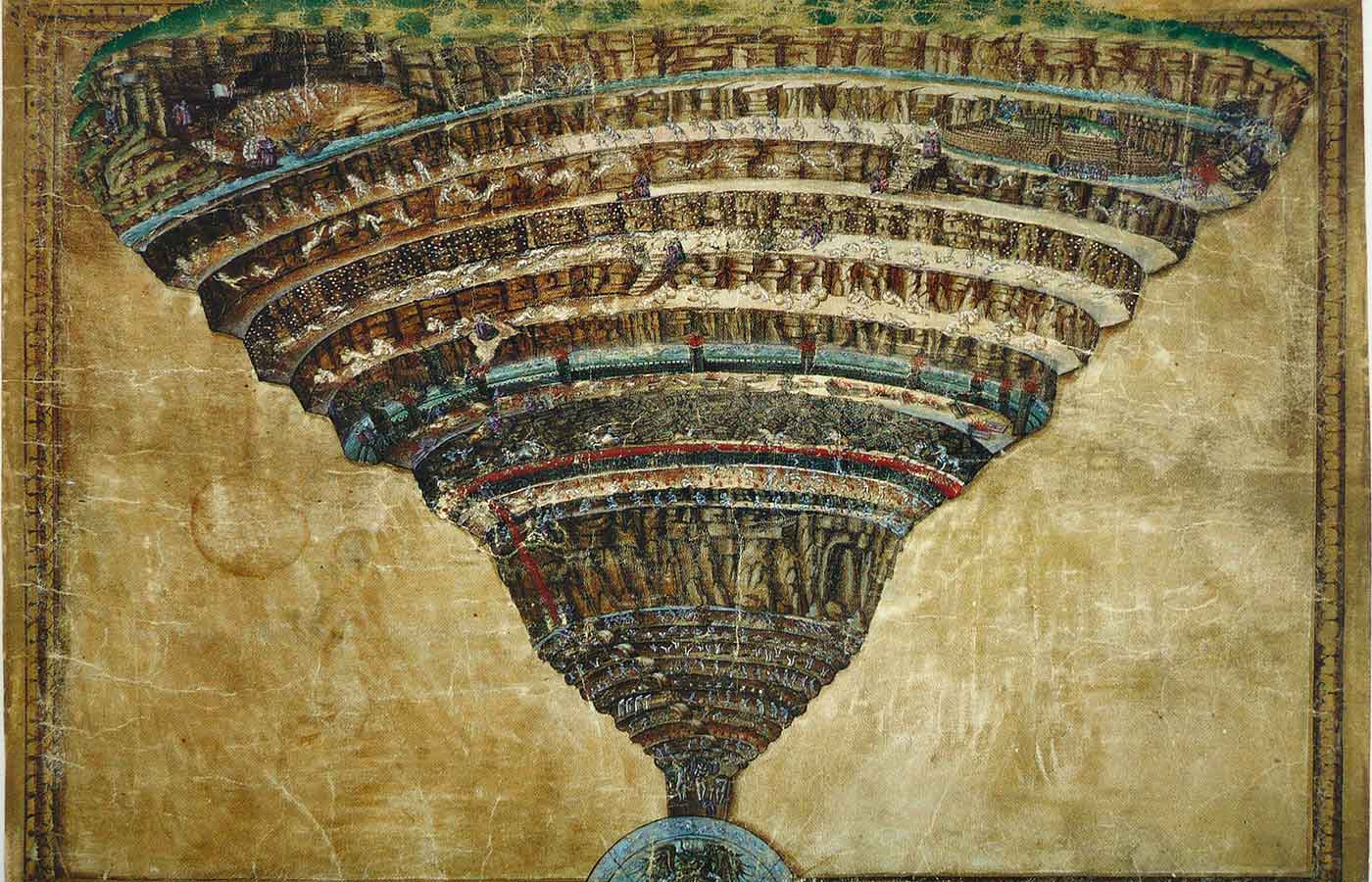 The Decameron: Day the Fourth, The Ninth Story

SIR GUILLAUME DE ROUSSILLON GIVETH HIS WIFE TO EAT THE HEART OF SIR GUILLAUME DE GUARDESTAING BY HIM SLAIN AND LOVED OF HER, WHICH SHE AFTER COMING TO KNOW, CASTETH HERSELF FROM A HIGH CASEMENT TO THE GROUND AND DYING, IS BURIED WITH HER LOVER

Neifile having made an end of her story, which had awakened no little compassion in all the ladies her companions, the king, who purposed not to infringe Dioneo his privilege, there being none else to tell but they twain, began, “Gentle ladies, since you have such compassion upon ill-fortuned loves, it hath occurred to me to tell you a story whereof it will behove you have no less pity than of the last, for that those to whom that which I shall tell happened were persons of more account than those of whom it hath been spoken and yet more cruel was the mishap that befell them.

You must know, then, that according to that which the Provençals relate, there were aforetime in Provence two noble knights, each of whom had castles and vassals under him, called the one Sir Guillaume de Roussillon and the other Sir Guillaume de Guardestaing, and for that they were both men of great prowess in arms, they loved each other with an exceeding love and were wont to go still together and clad in the same colours to every tournament or jousting or other act of arms. Although they abode each in his own castle and were distant, one from other, a good half score miles, yet it came to pass that, Sir Guillaume de Roussillon having a very fair and lovesome lady to wife, Sir Guillaume de Guardestaing, notwithstanding the friendship and fellowship that was between them, become beyond measure enamoured of her and so wrought, now with one means and now with another, that the lady became aware of his passion and knowing him for a very valiant knight, it pleased her and she began to return his love, insomuch that she desired and tendered233 nothing more than him nor awaited otherwhat than to be solicited of him; the which was not long in coming to pass and they foregathered once and again.

Loving each other amain and conversing together less discreetly than behoved, it befell that the husband became aware of their familiarity and was mightily incensed thereat, insomuch that the great love he bore to Guardestaing was turned into mortal hatred; but this he knew better to keep hidden than the two lovers had known to conceal their love and was fully resolved in himself to kill him. Roussillon being in this mind, it befell that a great tourneying was proclaimed in France, the which he forthright signified to Guardestaing and sent to bid him come to him, an it pleased him, so they might take counsel together if and how they should go thither; whereto the other very joyously answered that he would without fail come to sup with him on the ensuing day. Roussillon, hearing this, thought the time come whenas he might avail to kill him and accordingly on the morrow he armed himself and mounting to horse with a servant of his, lay at ambush, maybe a mile from his castle, in a wood whereas Guardestaing must pass.

There after he had awaited him a good while, he saw him come, unarmed and followed by two servants in like case, as one who apprehends nothing from him; and when he saw him come whereas he would have him, he rushed out upon him, lance in hand, full of rage and malice, crying, ‘Traitor, thou art dead!’ And to say thus and to plunge the lance into his breast were one and the same thing. Guardestaing, without being able to make any defence or even to say a word, fell from his horse, transfixed of the lance, and a little after died, whilst his servants, without waiting to learn who had done this, turned their horses’ heads and fled as quickliest they might, towards their lord’s castle. Roussillon dismounted and opening the dead man’s breast with a knife, with his own hands tore out his heart, which he let wrap in the pennon of a lance and gave to one of his men to carry. Then, commanding that none should dare make words of the matter, he remounted, it being now night, and returned to his castle.

The lady, who had heard that Guardestaing was to be there that evening to supper and looked for him with the utmost impatience, seeing him not come, marvelled sore and said to her husband, ‘How is it, sir, that Guardestaing is not come?’ ‘Wife,’ answered he, ‘I have had heard from him that he cannot be here till to-morrow’; whereat the lady abode somewhat troubled. Roussillon then dismounted and calling the cook, said to him, ‘Take this wild boar’s heart and look thou make a dainty dish thereof, the best and most delectable to eat that thou knowest, and when I am at table, send it to me in a silver porringer.’ The cook accordingly took the heart and putting all his art thereto and all his diligence, minced it and seasoning it with store of rich spices, made of it a very dainty ragout.

When it was time, Sir Guillaume sat down to table with his wife and the viands came; but he ate little, being hindered in thought for the ill deed he had committed. Presently the cook sent him the ragout, which he caused234 set before the lady, feigning himself disordered that evening and commending the dish to her amain. The lady, who was nowise squeamish, tasted thereof and finding it good, ate it all; which when the knight saw, he said to her, ‘Wife, how deem you of this dish?’ ‘In good sooth, my lord,’ answered she, ‘it liketh me exceedingly.’ Whereupon, ‘So God be mine aid,’ quoth Roussillon; ‘I do indeed believe it you, nor do I marvel if that please you, dead, which, alive, pleased you more than aught else.’ The lady, hearing this, hesitated awhile, then said, ‘How? What have you made me eat?’ ‘This that you have eaten,’ answered the knight, ‘was in very truth the heart of Sir Guillaume de Guardestaing, whom you, disloyal wife as you are, so loved; and know for certain that it is his very heart, for that I tore it from his breast with these hands a little before my return.’

It needeth not to ask if the lady were woebegone, hearing this of him whom she loved more than aught else; and after awhile she said, ‘You have done the deed of a disloyal and base knight, as you are; for, if I, unenforced of him, made him lord of my love and therein offended against you, not he, but I should have borne the penalty thereof. But God forfend that ever other victual should follow upon such noble meat the heart of so valiant and so courteous a gentleman as was Sir Guillaume de Guardestaing!’ Then, rising to her feet, without any manner of hesitation, she let herself fall backward through a window which was behind her and which was exceeding high above the ground; wherefore, as she fell, she was not only killed, but well nigh broken in pieces.

Sir Guillaume, seeing this, was sore dismayed and himseemed he had done ill; wherefore, being adread of the country people and of the Count of Provence, he let saddle his horses and made off. On the morrow it was known all over the country how the thing had passed; whereupon the two bodies were, with the utmost grief and lamentation, taken up by Guardestaing’s people and those of the lady and laid in one same sepulchre in the chapel of the latter’s own castle; and thereover were verses written, signifying who these were that were buried therewithin and the manner and occasion of their death.”