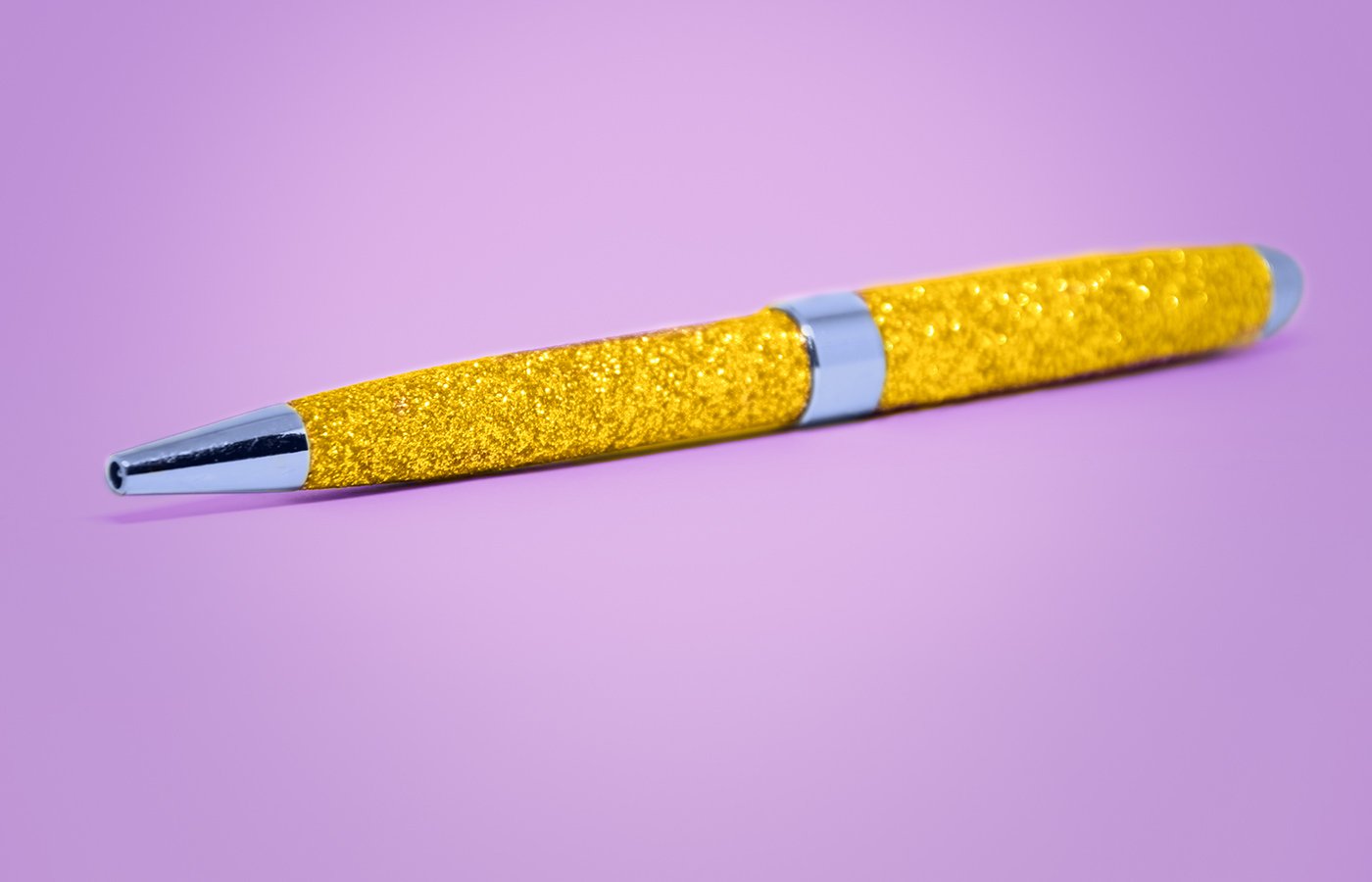 “Jacobo, I don’t want you to think that the servants play with you out of friendship… they play with you because I pay them to.” This is the kind of education Jacobo’s father is giving to his nine year old son: emotional relationships are based on economic transactions. In fact, his father even hires a nine year old ‘prostitute’, Fabiana, because he doesn’t think that his son has enough friends. Years pass. The father dies, Fabiana disappears and Jacobo grows into an adult. Throughout his adolescence he has been obsessed with Fabiana, maybe out of pure sexual desire, maybe because he wants a more real, intimate connection with a human being, it’s not clear. In any case, Jacobo decides to hire private detective after private detective to find Fabiana. What has become of her? Will Jacobo be able to track her down and start to repair the damage inflicted upon him by his father? The story ends with a series of events that only serve to reaffirm the cynical, fatalistic world in which Ortuño’s characters live.

Fabiana did not sleep with me. Or rather, she slept with me and nothing more. My father insisted that we sleep together and made sure that we hugged each other under the blankets. We never tried undressing each other—how it pained me at age fourteen, remembering Fabiana and my indifference towards her—and we scarcely dared one night to join our lips in something it would be generous to call a kiss.

Fabiana came to the house on Fridays, at dinner time, with a backpack full of clothes over her shoulder and a movie in her hand. We spent the weekends in my house; and we slept, and we bathed in the washroom, but we never showered together. How I recalled it, tormenting my fourteen-year-old self, caressing each drop on the walls of the shower where I had never been with her.

My father said that I didn’t have enough friends and went to great pains to introduce me to Fabiana. I did, in fact, have friends, but my father never resigned himself to letting me play with the servants’ children, and he would never have allowed me to sleep with one of them. “I don’t want you to think, Jacobo, that the servants play with you out of friendship,” he told me. “They play with you because I pay them.”

I learned that Fabiana was a whore from a classmate at school. Mauricio had wet the bed for all nine years of his life; he had wet the beds of cousins and siblings, of hospitals, therapists, friends, and hotels from Monaco to Tlaxcala. So his parents decided to try Fabiana. They were driven by the hope that their son, stricken with fear by a strange presence in the bed, would control himself. He didn’t, at least not at first. During their first few nights together, Fabiana was responsible for waking him when she felt herself become soaked, and she helped him to change the sheets. No reproach or complaint ever escaped her mouth. Maybe because of that, after a few months Mauricio stopped urinating himself. “Fabiana has something that helps people,” said my friend. “That’s why my parents hired her for me.” Mauricio had asked a teenage cousin what they called a woman who was hired to help. The cousin thought it over a moment, and even consulted a dictionary. “A whore,” he concluded. So Fabiana was a whore.

It stood to reason, then, that if my father had sought out Fabiana’s services, it was because he thought I suffered from some ill at least as serious as Mauricio’s urinary incontinence. Whether or not I had friends could not be the matter that worried him: even he had to accept that spending the afternoon playing football with the servants’ children made me a normal child. Even if he had to pay for it. What, then, was the problem that Fabiana was expected to remedy?

Before the enigma could be solved, or before Fabiana’s beneficial influence made the solution a moot point, my father suffered a heart attack and died. “Don’t stop bringing the girl,” he managed to tell my uncle before passing away. My uncle, to a certain extent, was exemplary. He watched over my inheritance, and took charge of increasing my robust estate with prudent and well-researched investments. When I was of age to administer it, it was clear that I would never have to study any productive career or stoop to searching for a job. However, upon assuming my guardianship, my uncle decided that the fact that I was sleeping with a girl— and a hired girl, at that— was inadmissible. And so Fabiana stopped visiting the house. Sometimes I saw her in the neighborhood parks—her house was a few meters away from mine— accompanied always by some boy who looked like a grab bag of psychiatric disorders. Whenever our gazes met, Fabiana smiled. Probably she was unhappy at not having had sufficient time to put an end to my problem, whatever it was.

A few years later, Fabiana’s family sold their house and their furniture and disappeared. The housekeeper commented that the girl’s father must have committed some crime, because a couple of policemen came to the neighborhood after the sudden move to ask around about them.

All I had left of Fabiana was a bright-colored pen that she had forgotten in my room on our last night together. For years, I fantasized about searching for her, and walking up to her and taking her aside from the paranoiac or hyperactive or schizoid she happened to be with and saying to her, “This is your pen.” At age fourteen, my fantasy included a long, reconciliatory kiss. When I was of age and my uncle’s custody came to an end, I hired a detective to track down Fabiana. The detective was a greasy ex-policeman who had been a bodyguard for Mauricio’s father. He cultivated my hope and desperation with great skill. For three years, he made me believe that he was getting closer and closer every day to Fabiana, and that she, who had become some sort of cunning and elusive spy, always managed to escape at the last second. One day I hired another detective—a certain Santa Marina, whom I chose at random from the phone book—to give the first one a beating. He entered the other’s office one night and beat him so severely that he gave him brain damage. Santa Marina brought me the file on Fabiana that the first detective had compiled, a few notes on the disappearance of the family—something about which I knew more than he did- and a business card that read: “Caras Magazine. Fabiana Urrutia, contributor.” The card was glossy enough for me to harbor hopes that the address and telephone number were still correct.

I spent a few days deciding whether or not to dial the number on the card. I trembled during the day and shivered at night. I dreamed of the scene in which I handed over the pen and modified it with dozens of epic, sexual, or sentimental variations. Santa Marina took the liberty of investigating Fabiana’s family and brought me a report: her parents had died from gas inhalation shortly after finding out they had been sued by a foreign couple who claimed to have given them a hefty loan. “They were going to open a hospital. But the money was withdrawn from the bank and the family took off.” The deaths had occurred months after they moved away from the neighborhood.

That night I dined with my uncle in his study and I mentioned the matter to him. “They were a peculiar pair,” he said in his customarily hoarse voice. “They hired out their daughter to do strange things with sick people. You might not remember it, but for a time your father hired her and she came to your house every Friday.”

“So my father thought I had some sort of illness.”

My uncle looked at me without alarm.

“No. He just thought you needed more friends.”

I asked Santa Marina to call her for me. At his side, I tried to make out Fabiana’s voice over the telephone. Caras was a society and gossip magazine and Santa Marina, introducing himself as my secretary, invited her to come see the new Japanese garden at my house, to take some photographs “and perhaps chat with the young master.”

We spent the entire afternoon looking for plants and bamboo, and we ended up buying kimonos for the servants. Slightly embarrassed, Santa Marina invented some sort of prior commitment and abstained from attending the interview. “I’ll try to come by afterwards, and I’II follow her when she leaves,” he promised.

Fabiana was stunning, much more so than she had appeared in my shower-induced nostalgia and pen fantasies. I spotted her from behind the curtain in the study, while the housekeeper—uncomfortable and restricted in her kimono—invited her in.

“The young master will receive you in his study when you’ve finished taking photos of the garden,” said the housekeeper, as agreed upon in advance. Fabiana took one look at the oriental mock-up—which had been finished off in frightful fashion, despite Santa Marina’s zeal in instilling it with some sort of aesthetic—and set off towards the study. I took a deep breath and went down to meet her, gripping the pen in my hand like a crucifix.

I couldn’t deny it. I handed it to her with a murmur. The words from my fantasy got stuck between my teeth.

“Jacobo. You’ve changed so much.”

“I always wondered what had become of you.”

Her mouth was wet like the shower walls. The image of my father passed through my mind, spying on us like he used to do under the blankets to make sure we were hugging each other. Fabiana charged me a very reasonable price, a friend’s discount.

In the morning, I told Santa Marina to dismantle the Japanese garden. He seemed irritated. He told me that the first detective used my money to pay for dozens of nights with Fabiana. “If my money ended up in her hands, then it was put to good use,” I argued. “And what else can I do to the guy if you’ve already turned him into a vegetable?”

I offered him a steady salary to follow Fabiana around and inform me of her activities. He turned me down, but recommended a competent colleague. We shook hands like victorious generals and he walked towards the door, loaded down with flower pots and bamboo.

I went upstairs to the studio and sat down to wait for Friday to come.