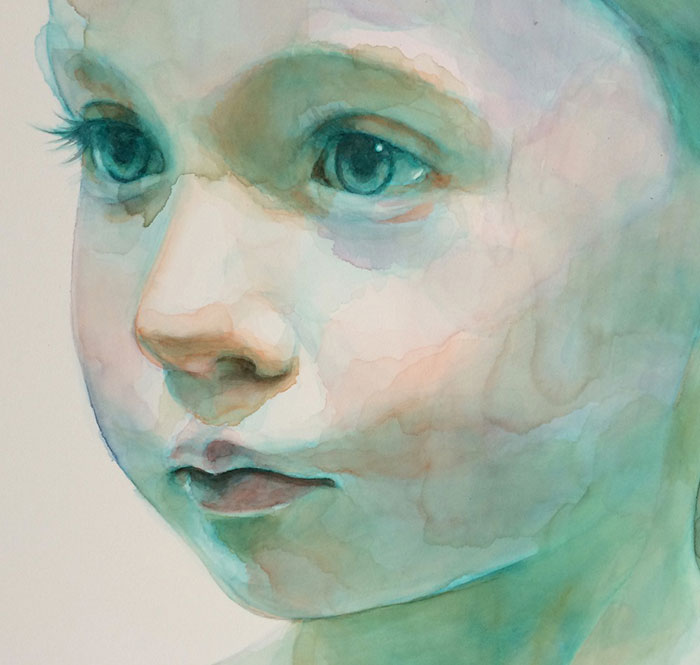 “Rave Sagie’s stories present with sharp-edged irony not lacking in dark humor a  selection of life moments in  which disappointment, hopelessness and unwholesome fixation on the past are delineated in dead-on lucidity.” Thus write his publishers (Am Oved) on the back of his Hebrew-language collection Relation-Ships. In the story included here, the bitter-minded narrator believes his life has sunk to a particularly degraded new low with the casual sexual relation he has gotten into with an unidentified woman in whose bed he awakes one morning. But just then he’ll find himself having to face an even more desperate reflection of himself.

Bitterness is a disease of old age; I aged early and by the time I was thirty six it had metastasized through every part of me. I loathed my past as much as I feared the future. Foolishly enough, I had never gone very far into any branch of academic study and so my lack of foresight condemned me to an enduring career of lousy menial jobs with zero requirements and matching remuneration, jobs I got fed up with pretty soon, or they got fed up with me first, mostly because in my excessive bitterness I found a way of falling out with one of my superiors or with one or more of my co-workers. Thus I was employed as a mover, forklift operator, tree cutter for a tree cutting business, pest exterminator, installer of solar water heaters, assembly-line worker in a fish cannery and technician for a cable TV company. I also picked fruits and veggies in hothouses down South, and minded cattle at night up North, not to mention cleaning dog shit in municipal kennels. I must have held other jobs of this nature I can no longer recall right now. It should be further noted that I did not excel in any recognized artistic domain, so that I could not come up with any proper excuse for my hardship, other than, possibly, sheer idiocy. If I had any hidden gift it was so well hidden I couldn’t discover it myself, or else it was so inane it failed to make itself to me (excepting my proven talent for blaming my failures and discontent on other people).

And then, for some reason I can’t fathom even now, a woman came into my life. Or I did into hers. Up until then I had been a confirmed bachelor – a title accruing to men so insufferable as to be shunted to the dark outer reaches of couple society and, as my mother liked to say, left there to scrape the burnt out bottom of the pan.

I met her at one of those pitiful singles parties I used to attend occasionally in a silly attempt to dispel some of my habitual bitterness. I got drunk that night, and probably she did, too – otherwise I can’t explain how come I found myself in her bedroom the following morning.

I awakened to the uneasy feeling of being watched, startled at the sight of a three-year old kid standing inches from my face, staring at me. His cheeks were covered with dried tears, his nose caked with snot and the look in his eyes was, well, disturbing. There was no trace of his mother and, truth be told, I couldn’t quite recall her either. With some effort I did remember a menthol flavored kiss and some vague jostling among sheets. I had no recollection of the way to her place, let alone of the existence of a kid.

I found my boxers and my shirt, then got out of bed to go wash my face. The kid followed me. His mother turned up in the kitchen, standing with her back to me washing some garment or other in a green plastic tub. Indolent Saturday morning sunlight was reflected into the room from the solar collectors on an adjacent roof. My head ached. The woman turned to face me, and as I had suspected, looked as worn out as I was, one defeated by life but still functioning, either from mere curiosity or strictly on the inertia of having no choice whatsoever. She said, I’ve just boiled some water for coffee, going down to get milk, keep an eye on the kid, then picked up her purse and key ring and left.

I sat at the dinghy table in that kitchen of hers, a typical kitchen of an average old urban apartment. It wasn’t dirty or anything, but everything in it looked old and worn, as though an entire life had long since seeped out through the cracks in the floor and between the garish tiles on the wall. The kid stood there looking at me. I smiled, or at least attempted to fake a smile by twisting the corners of my mouth. There was no reaction from the kid. It seemed as though his entire tiny, skinny, fragile-looking body was struggling to contain a fit of crying larger than itself. His big brown eyes troubled me. They were the eyes of a grown-up person, someone who had covered quite a bit of territory, who’d already had his own unique share of living. My attention was caught by the metallic tinkle of a bell on the tiny balcony adjacent to the kitchen. A small cage next to the washing machine held a filthy greenish little parrot. The kid walked up to the cage and inserted a finger through the grates. The bird screeched or grumbled and clamped its beak on his finger. The kid just stood there letting it have its way until I noticed blood trickling from that finger. I got up and pushed him back. Then I heard steps coming up the stairs and keys rattling.

He didn’t speak, that kid. I became aware of this only on my third visit there. I wasn’t very good at kids or at people generally, so it took me a while to realize a boy his age would be expected to be quite a babbler.

He always gave me this accusing look, as if he could see right through me to the bottomless black abyss of my soul. In a way he scared me, but then I felt we had something in common even his mother could hardly suspect, as though he would readily put his hand in mine as the two of us took a step over the edge.

Every now and then he would challenge me, test my reactions from a distance. He’d stick his hand in the cage to let the bird bite it and draw blood, poker facing me the whole time despite the pain he must have been enduring. And sometimes he’d come and sit by me just like that, handing me one of his toys.

I never asked him about his father. Instead, I asked myself about my own father, who throughout my childhood made me feel I was a heavy burden to him, a great big iron ball and chain hampering his every move. When he went away he left me with this feeling of guilt I could never shake off.

I didn’t go out of my way to be nice to this kid, nor did I wish to or would have how in the first place. I observed him mostly out of curiosity, as if somehow given the chance to observe myself, plus the privilege to intervene in the experiment. Even willfully disrupt it.

Whatever I did in his presence, I kept wondering if it would affect him permanently, end up shaping his personality. Like this one time his mother left to run some errands and I went to the kitchen balcony, opened the cage, grabbed the parrot and crushed its neck between my thumb and my finger before his amazed eyes. I then placed the limp corpse on the cage floor. The kid looked at it, though not at all in sorrow as might have been expected but with that same curious wonder I had experienced as a child at the sight of a living creature that had no life in it the next moment. He reached into the cage, touched his finger to the dead carcass, took a deep breath, looked me in the eye and for the first and only time – gave me a smile.