00.00
The Last Charge of the Russian Cossacks

The Last Charge of the Russian Cossacks 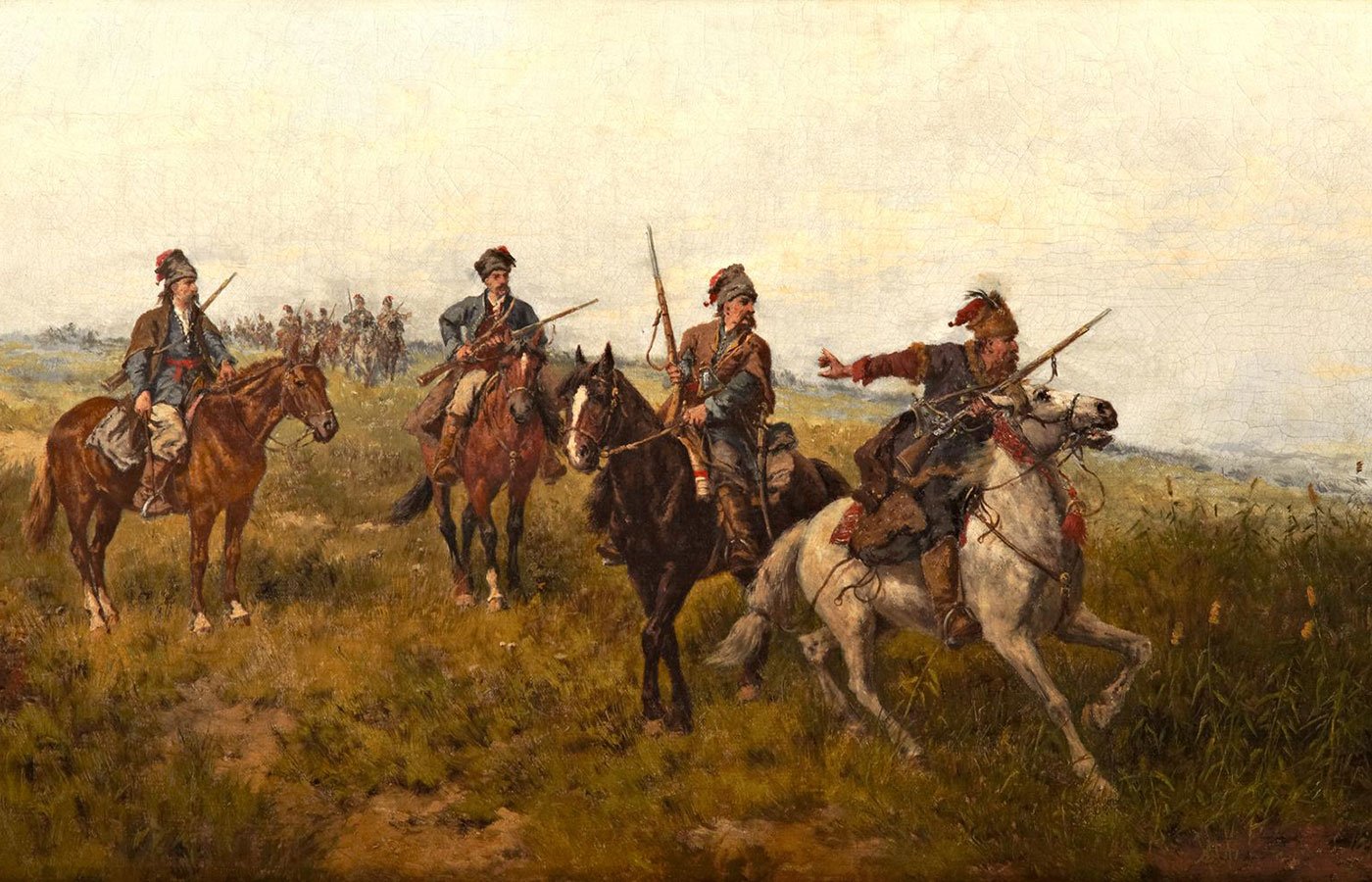 The Last Charge of the Russian Cossacks

She saw me, she sighed, she guessed right away.

She looked at me for a long time. “Lucie would like you to help her with her homework,” she said.

I fingered the keyboard of the piano. She didn’t look annoyed. She seemed more weary than irritated, more disappointed than actually angry.

“Listen, would you mind turning the music down?”

There was a slight tremor in her voice. Leonard Cohen was saying that New York was cold at the end of December.

“So you’ll go hang with Lucie? And then it’d be great if she did a little violin. You think you might be able to play with her?”

She wanted me to talk, to say something, I just said yes, sure.

“All these efforts for nothing,” she said.

She left just when Cohen was saying You’re living for nothing now, or something like that. “Famous Blue Raincoat” was a hell of a title. The song was too sad, I stopped the music. A weird shudder went through me, a prolonged shiver.

Lucie was in her room, splayed out on the carpet; she was looking at a picture book showing the horses and horsemen of the world. She was wearing a big soft sweater and I lay down next to her, I was cold all of a sudden. She smiled at me, kissed me, said to me, look at these horsemen, they’re handsome, huh? I said yes, they’re Cossacks, Russian Cossacks on the Don.

“Oh, well, they rush in…in to battle, I suppose. But Russia’s a country. And the Don is the name of a river. A big river in Russia.”

She looked like she was imagining an immense frozen river and hundreds of horsemen, I ran my hand through her hair and she snorted, a little like a pony I thought. The picture of the Cossacks really was a nice illustration. You could see the noble and elegant ataman leading his horde in their charge among the cannon balls. In the distance, the enemy could be seen, French for sure, with the imperial eagle on their flags and bearskin hats. 1812, no doubt. Perhaps even the Battle of Borodino. The little horses were glistening with sweat. The caption read simply: “Russian Cossacks on the Don.”

“How come the horses weren’t scared of the explosions?”

“I have no idea, I suppose they had to train them.”

“Yes maybe, it’s possible. But the Cossacks were the bravest of soldiers. So their horses had to be brave, too, I think.”

“They weren’t scared of dying?”

“No. They accepted dying in battle, it was their life.”

“What about you, would you be scared of dying?”

I hesitated a moment, I wanted to answer yes, very.

It wasn’t exactly a day of great bravery, to say the least.

She stared at me. She’s imagining me on a horse facing the French artillery, I thought.

“And what about this homework? Are we going to do it?”

Going over some poem or other by Prévert or Maurice Carême, I couldn’t help thinking of those Cossacks facing down the rain of bullets. I looked at my daughter without listening to her; Lucie has beautiful brown eyes like her mother, I thought. I heard Sarah in the kitchen, she had to get dinner ready. I left Lucie to her grammar exercises and went back to my office. I opened a notebook lying around in there and wrote: “The Last Charge of the Russian Cossacks,” I don’t know why. Then I grabbed the bottle stashed in the drawer, already drained by a third, and helped myself to a highball glass, fast and burning, the kind that leaves you blowing out through your mouth. I was a little ashamed. I put on Leonard Cohen again, the old reliable raincoat. It’s four in the morning, the end of December. I took another shot, a drop, even the Cossacks on the Don had to drink to shore up their courage, I thought. Cohen made everything seem gloomy, the streetlamps spread out along the wetted sidewalk outside. I didn’t dare leave the office, I could hear my wife and daughter, they were talking, there was the noise of dishes, little bursts of laughter, all mixed with the alcohol and Leonard Cohen, I closed the door so as not to hear them anymore, but I couldn’t stay in there forever, I considered taking my jacket and going out, finding a big white snowy plane to gallop around, wearing beautiful black-leather boots, a place where a person would be truly free, free to destroy himself and do nothing of value, bravely, in order to find, maybe, if he was lucky, a single worthwhile sentence before he died, on horseback, facing innumerable enemies, for the honor and pleasure of it, as he would’ve knocked back one last shot for the road.

Your problem is that you write to drink and not the other way around, Sarah said to me.

Your problem is that you live in a world that doesn’t exist, Sarah said.

Your problem is that you’re the victim of your own myths, Sarah said.

Lucie came in without knocking, quite naturally.

She didn’t notice the glass I was holding in my hand, she hadn’t been keeping track of how long it had been since she’d last seen me with a glass in my hand, she didn’t say to me: why today, daddy, why not yesterday, why not tomorrow, why today exactly. She didn’t ask me anything like this at all. She grabbed her violin and shouted to me: come on, daddy, let’s get to it, mamma says it’s very late.

I stopped Cohen, he was singing and Jane came by with a lock of your hair. Lucie has her mother’s gorgeous hair, she’s so beautiful when she plays the violin, I thought. I sat down at the piano.

Sarah popped her head through the door as soon as she heard us playing.

We are these three sharps in the key, I thought. We are in it, all three of us fluttering like three crows on the staff, each to his line, never crossing it, never touching each other. I tried not to meet Sarah’s gaze. The sappy slow waltz was very, very sad. I dug myself deep into my arpeggios, the violin tore through me, and this is the way life goes, I thought, it flutters, a painful vibration of the air, a race among winded horses in the deep snow of cowardice.