00.00
The Man Who Could Walk Through Walls

The Man Who Could Walk Through Walls 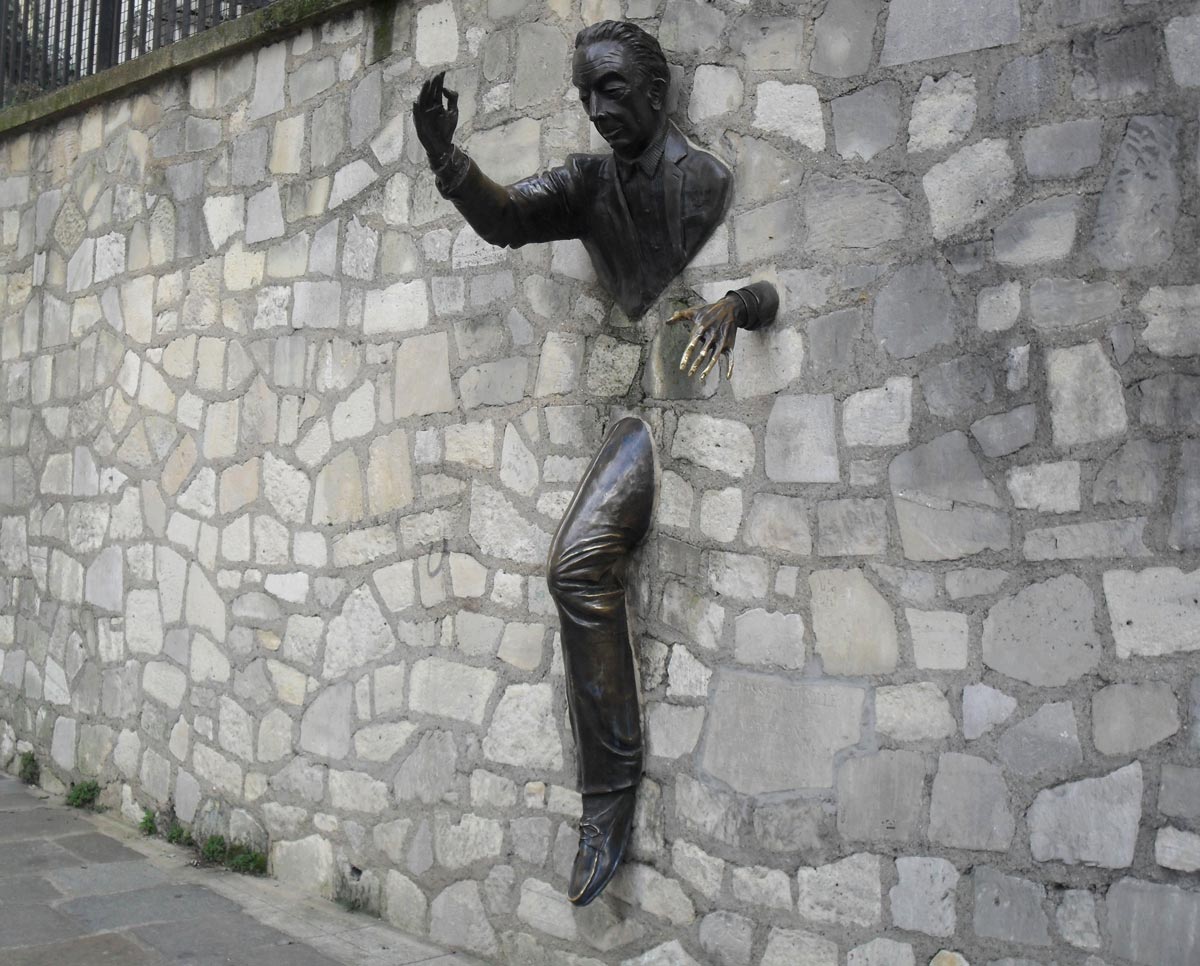 The Man Who Could Walk Through Walls

Marcel Aymé’s fantastic short story, “The Man Who Could Walk through Walls,” was published in France as part of a short story collection bearing the story’s name in 1943, in the midst of the German occupation. The story about “a fine fellow named Dutilleul who had the remarkable gift of being able to pass through walls with perfect ease,” has captivated the imagination of many artists, including actor and sculpture Jean Marais, who sculpted the statue of Dutilleul passing through the walls, stuck inside a slab of stones in Place Marcel Aymé in Montmartre, the neighborhood in which the author lived; other artists had adapted the story to film and television. One day, Dutilleul, a dreary, forty-three-year-old registry clerk, finds out that he can walk through walls. This discovery allows him to defy the harsh decrees of the new associate office director, who threatens to make his job unbearable with far-reaching reforms in the office practices. What begins with a proud tongue lashing by Dutilleul the clerk develops into a fierce urge to rebel, sparking the desire to celebrate his petty life and stretch its boundaries. “The Man Who Could Walk through Walls” is read with great laughter that slowly binds with terror, as lurking beneath the story’s innocent humor and silliness is the price of this desire.