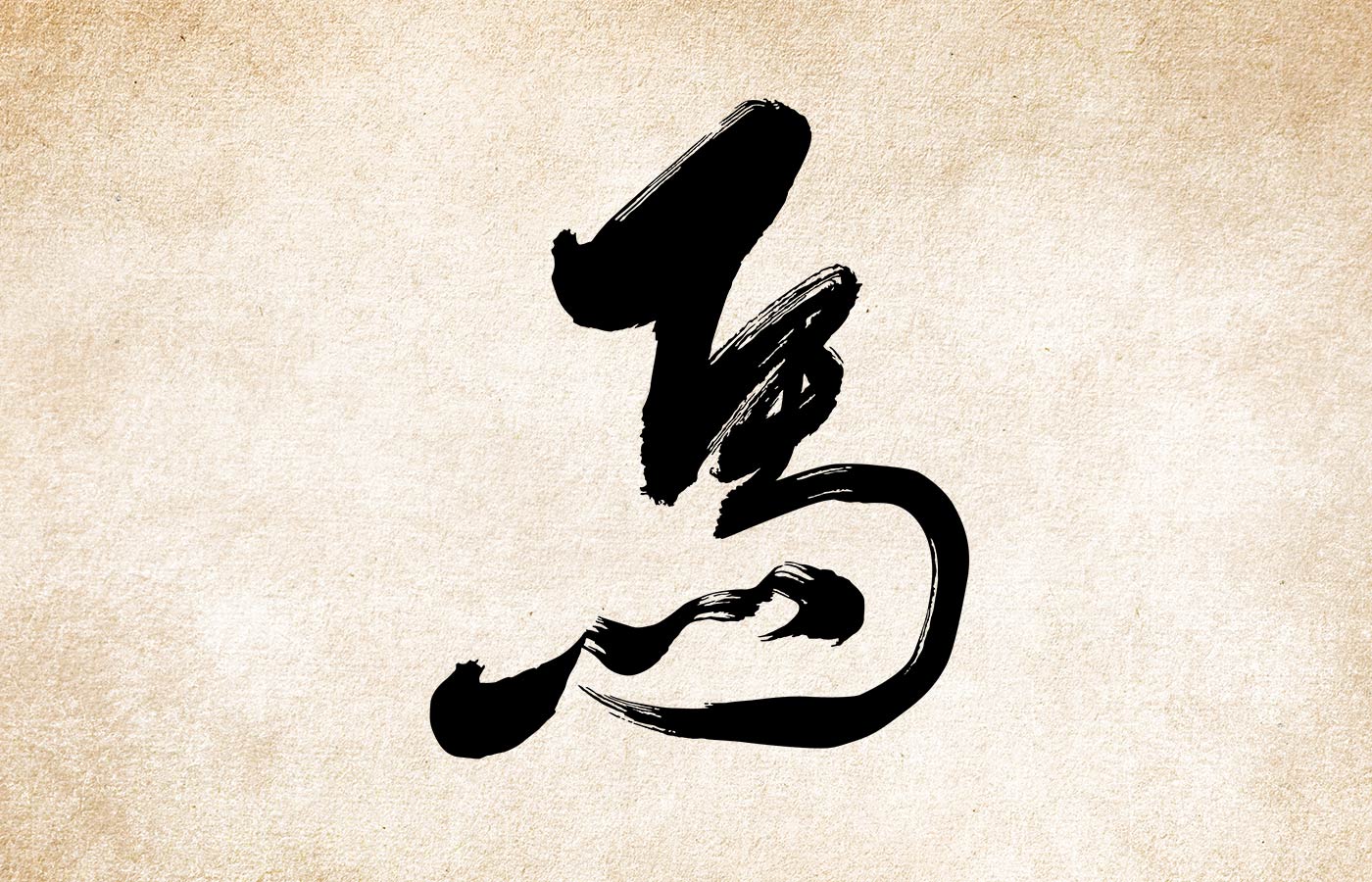 A certain Mr. Ts’ui, of Lin-ch’ing, was too poor to keep his garden walls in repair, and used often to find a strange horse lying down on the grass inside. It was a black horse marked with white, and having a scrubby tail, which looked as if the end had been burnt off; The Chinese never cut the tails of their horses or mules. (translator’s note, as all notes to this story) and, though always driven away, would still return to the same spot. Now Mr. Ts’ui had a friend, who was holding an appointment in Shansi; and though he had frequently felt desirous of paying him a visit, he had no means of travelling so far. Accordingly, he one day caught the strange horse, and, putting a saddle on its back, rode away, telling his servants that if the owner of the horse should appear, he was to inform him where the animal was to be found.

The horse started off at a very rapid pace, and, in a short time, they were thirty or forty miles from home; but at night it did not seem to care for its food, so the next day Mr. Ts’ui, who thought perhaps illness might be the cause, held the horse in, and would not let it gallop so fast. However, the animal did not seem to approve of this, and kicked and foamed until at length Mr. Ts’ui let it go at the same old pace; and by midday he had reached his destination.

As he rode into the town, the people were astonished to hear of the marvellous journey just accomplished, and the Prince One of the feudal Governors of bygone days. sent to say he should like to buy the horse. Mr. Ts’ui, fearing that the real owner might come forward, was compelled to refuse this offer; but when, after six months had elapsed, no inquiries had been made, he agreed to accept eight hundred ounces of silver, and handed over the horse to the Prince. He then bought himself a good mule, and returned home.

Subsequently, the Prince had occasion to use the horse for some important business at Lin-ch’ing; and when there it took the opportunity to run away. The officer in charge pursued it right up to the house of a Mr. Tsêng, who lived next door to Mr. Ts’ui, and saw it run in and disappear. Thereupon he called upon Mr. Tsêng to restore it to him; and, on the latter declaring he had never even seen the animal, the officer walked into his private apartments, where he found, hanging on the wall, a picture of a horse, by Ch’ên Tzŭ-ang A.D. 656-698. Better known as a poet. ,exactly like the one he was in search of, and with part of the tail burnt away by a joss-stick.

It was now clear that the Prince’s horse was a supernatural creature; but the officer, being afraid to go back without it, would have prosecuted Mr. Tsêng, had not Ts’ui, whose eight hundred ounces of silver had since increased to something like ten thousand, stepped in and paid back the original purchase-money. Mr. Tsêng was exceedingly grateful to him for this act of kindness, ignorant, as he was, of the previous sale of the horse by Ts’ui to the Prince.