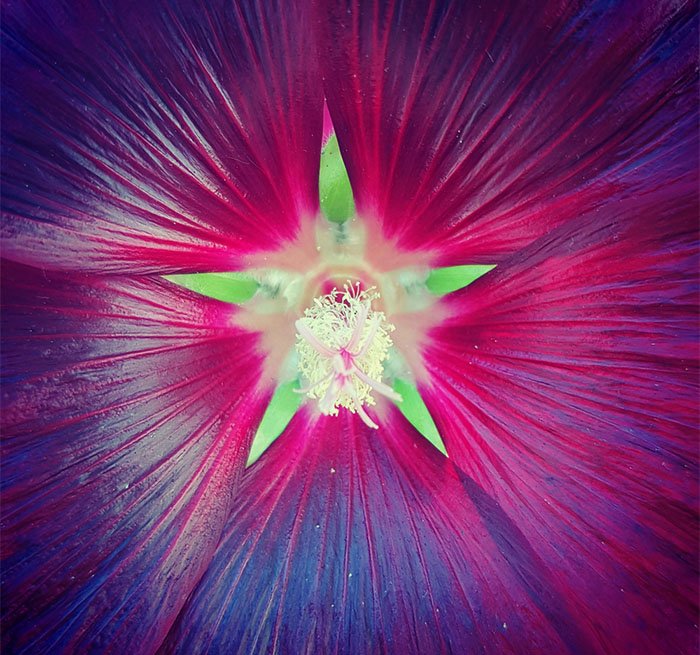 On Thursday Anna found out that she was pregnant. When she came home from work, she didn’t start dinner but instead sat at the tiny kitchen table, put her gaunt hands on the new oilcloth, and stared at them in a stupor.

Anna heard him taking off his coat in the narrow, over-furnished hallway. Then she walked up to him, threw her arms around his neck, greasy with ground-in diesel fuel, and held him tightly.

Nikolai sighed and delicately brushed his lips against her pale, thin hair.

“Everything will be fine. Don’t be scared.”

Her arms, like two pale snakes, crawled along her husband’s bony shoulders.

“Why are you trying to calm me down? Did you read yesterday’s ‘Truth’?”

“So what are you waiting for? For them to come for us? Or denounce us as ‘spitters against the wind’?”

“Of course not. I’m just thinking.”

Anna turned away from him.

“You’re thinking… meanwhile He is still on the windowsill. Everyone sees Him.”

Twilight flattened the city into an uneven multicolored plane of flames that held up a strip of evening sky. The sky, squeezed in between the city and the paint-chipped window frame, quickly grew dark, filling up with acrid fog. The darker it became, the sharper and clearer His profile stood out against the gloomy plane of the city.

Nikolai had noticed before that His knobby, pale rose flesh seemed to light up against the background of the deepening darkness.

Twelve years ago, a tiny rose-colored tuber pushed its way up through the black earth that was packed into a silver flower pot shaped like an enormous wine glass, and Nikolai had been amazed at how quickly it brightened when twilight fell.

That evening the family had been celebrating the Day of the First Sprouting. They’d had to move a chest of drawers to seat everyone around the table. Nikolai remembered turning out the lights, listening to the Anthem and his now deceased father giving the Main Toast. He remembered how they drank wine and took turns shaking drops of wine from the glasses onto the unctuous black fertilized earth.

“Grow for our happiness o’er the centuries! Grow for the death of all our enemies!” Father proclaimed as he turned over his glass third, after the two fat representatives of the DSP (Directorate of Selectional Propaganda) and then quickly leaned over to kiss the tuber…

In three years, He grew by 13 centimeters, and Nikolai could make out the outline of the Leader in the knotty body, which was like an elongated potato. One morning he told his mother. She laughed and pushed Nikolai onto the bed.

“You silly boy! Did you think we didn’t notice?”

And then she added mysteriously, “Soon you won’t believe your eyes!”

And indeed, a year hadn’t gone by before the top part of what seemed at first glance to be a shapeless tuber became round, the lower part widened, and two protuberances pushed out on either side and slanted downward.

Then Father gathered the guests together again, cut his right hand, rubbed his blood into the top of the tuber and announced the Day of Formation.

Over the next two years the tuber grew another 10 centimeters, the rosy head became even rounder, a thick neck took shape, the shoulders became broader and a belly stuck out over the knobby waist.

“It’s the miracle of selection, son!” his father exclaimed, fiddling with his prematurely gray beard. “Only our miracle-working people could have invented it! Just imagine – a living Father of the Great Country! On the windowsill of every family, in every home, in every corner of our boundless state!”

Soon a meaty nose pushed out of the round head, then two swellings indicated eyebrows, a chin jutted forward, and ears appeared. His body, which was in the potting soil up to His waist, broadened and strengthened. A few pockmarks and warts gradually disappeared, and the knobbiness smoothed out.

After another year, lips appeared on the rosy face, brows majestically furrowed and pushed the bridge of his nose in, and his forehead became domed. A ridge with a short tuft of hair appeared at the top of His forehead. His neck was tightly encased in the collar of His field jacket, and his belly was even more solidly rooted in the earth.

Nikolai had already graduated from school when dimples appeared on the Leader’s cheeks, ear cavities were carved out and slight folds appeared in the tightly fitted jacket.

And a year later they celebrated the Day of Enlightenment —two dark little beads pushed up the puffy eyelids. Nikolai had to lead the celebration. He powdered his face and sang the Anthem to the gathered guests. His mother poured a cup of family spit they’d saved up into the pot of the Leader.   From that day on they only fed Him spit. And every twelfth day Nikolai gave Him his sperm.

When little bands of military ribbons appeared on His jacked and the end of a pen peeped out of His pocket, it was the Day of Complete Growth. They celebrated it without Nikolai’s mother.

Soon Nikolai married Anna and went to work at the factory.

From her first day in the house, Anna tended Him with great care. Every morning she wiped off the dust, watered the tuber with spit, raked the black soil and polished the silver flower pot until it shone.

And so it went for almost two years.

But on the twelfth June morning terrible news spread across the Land: The Great Leader had died.

No one worked for two weeks — everyone stayed home in a state of shock. At the end of two weeks, after the deceased had been buried, the new Leader ceremonially accepted the Helm. Unlike his predecessor, the new One was tall and thin. He gave speeches, wrote addresses, and spoke to the people. But none of his speeches so much as mentioned the previous Leader who had been at the Helm for 47 years. That frightened people. Some people lost their minds; others jumped out their windows holding on to their potted tubers.

After a month, the new Leader gave an address to the nation in which he mentioned “the former One at the Helm, made former due to necessary but sufficient reasons.”

No matter how Nikolai and Anna struggled to grasp the hidden meaning of those words, it eluded them. The people understood it in two ways and immediately paid for both: people who took their tubers off the windowsills were immediately arrested and people who left them on the sills received a warning. For some reason they forgot about Nikolai and Anna – they weren’t sent the red postcard with a warning and the image of a person spitting against the wind. But that didn’t make the couple happy; it upset them.

A month and a half went by in this information vacuum and tension. Their neighbors continued to be arrested and warned. Soon a directive was issued banning suicide. And the suicides stopped…

Nikolai didn’t notice Anna walking up behind him. Her hands touched his shoulders.

“Are you afraid, Kolya?”

Nikolai turned around. “What have we got to be afraid of? We have the right. We’re good people.”

“We’re good people, Kolya. Are we going to begin?”

Nikolai got a knife and poked at the tuber to find the waist, and then, after he steadied the shaking of his wiry hands, he made a slit along the waist. His body turned out to be harder than a potato. The tuber weakly cracked under the knife. When Nikolai cut Him, Anna grabbed Him and delicately carried Him in the dark, like a child, to the table. Nikolai got out an eight-liter glass jar with a wide mouth. Anna lit the stove, filled a bucket with water, and put it on to heat.

They sat in the darkness, only illuminated by the weak gas flame, and stared at Him lying there. Both Nikolai and Anna thought that He moved. When the water came to a boil, Anna put it on the balcony to cool, poured it into the jar, added salt, vinegar, bay leaves and cloves. Then they carefully slipped Him into the jar. As He displaced the steaming water, He bobbed as if He wanted to crawl out of the jar. But Nikolai pushed down his head with the metal lid, grabbed the sealer and began to quickly and deftly tighten the lid.

When it was all done, the couple picked up the jar and carefully lifted it up onto the windowsill in the same place. Anna carefully wiped the warm jar with a towel. After a moment of hesitation, Nikolai turned on the light. The jar stood on the sill, its glass sides shining. His bobbing in the water, surrounded by a few bay leaves, was barely noticeable.

He embraced his wife and lightly placed his hand on her belly. Anna smiled and covered his hand with her wan hands.

The next morning Anna got up as usual, a half-hour before her husband, and went into the kitchen, turned on the stove and put the kettle on. After that she would usually water Him with the spit that they had saved up over the day. Sleepily scratching herself, Anna automatically reached for the spit cup standing on the shelf and froze: the cup was empty. Anna glanced over at the windowsill and saw the jar with the tuber. She breathed out in relief as she remembered the procedure they’d done the night before. She walked over and put her hand on the jar. She looked out the window. The city was waking up and lights were going on in the windows. But something had changed in the city. Changed significantly. Anna rubbed her eyes as she looked: On the windowsills the silver and gold flowerpots that she was used to seeing since childhood were gone and in their place were glass jars with rose tubers.