00.00
The Route through Purgatory

The Route through Purgatory 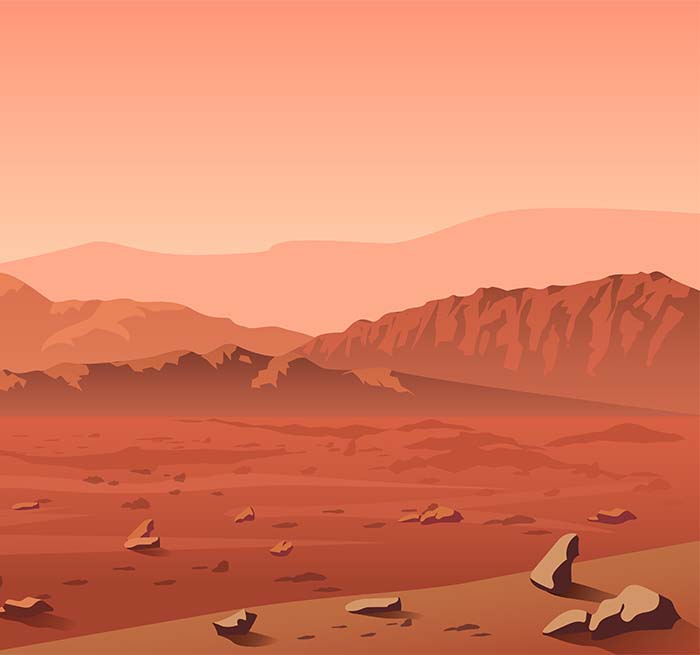 The Route through Purgatory

The sands lolled and swam in the sun’s blazing rays all day, then when darkness fell, they patiently waited for the sun to rise. As far as the eye could see, the sands swelled in every direction, wild and silent. It even felt like they were stealthily watching us. Everyone except the leader and I slept like the dead. We had walked barefoot the whole day, but the journey ahead was still long. The sun had hollowed faces and etched deep lines; lips were painted the color of ash.

Life became nothing but a dark tunnel. The mothers’ milk had dried out, none of them had eaten since yesterday. Emaciated and pallid, hunger shone from their vacant eyes. Returning home was a forlorn hope because home was gone. Chased by fatigue, thirst and hunger, we fled amid the growing clamor of children crying. I heard fear in their panicked screams, perhaps alarm at a threat not visible to us, the adults. Their ribs clearly defined, the children wept with tearless eyes and pinched faces anything but childlike. Hunger and the strong rays of the sun had robbed them of their vitality during the arduous journey.

The boundless sands merged with the horizon to make the desert in front of us unending. No hint of clouds absorbed the blazing heat. The drought had invaded valleys where mirages shimmered. Drought and war had crushed even the most resilient desert plants.

The leader was a tall imposing man who watched the group closely as they walked. He was silent and fearless but helpful to all and with respect for everyone. Now he spoke of fortitude, his voice kind and gentle. “Now, we eat. Then we must continue marching.”

Then the leader went to pray. In a clear voice, he recited his prayers and asked Allah to ease the sufferings of the journey, bless the children and provide solace to anyone mourning the loss of their home. Then he made his own lengthy and mournful supplication.

We resumed our journey across the sands. Our group included fifty women, ten children and a pregnant woman about to give birth.

Time passed so slowly, every minute felt an eternity. We walked a long way until, in the middle of the wasteland, we reached a village. Engulfed by sand and barely visible from a distance, the village stood alone against the hellish winds of the desert. Half a dozen families inhabited the village, and they came out of their huts to welcome us. Dressed in filthy garments damp with sweat and gritty with sand, they had rifles over their shoulders. Their faces were blistered as if they had emerged from the underworld. Even more wretched than us, they had nothing to offer. Their thatched huts were the height of a man with entrances just above the dirt. There was no place for us to rest. With the emptiness still ahead, we continued crossing the vast expanse of sand. The sun crawled toward its final abode, its rays still flaming.

Our guide said to me, “Beyond that tongue of sand is the border, but first we have to pass the village of Turayba just before the border.”

We walked in silence, even the children’s screaming died out. The donkey’s hooves the only sound. The calm was shattered by a woman’s screams. It was her time to give birth.

Quickly, we picked a place to camp and set up a tent for the pregnant woman. Other women sat with her in the tent, while her mother, who said they would need hot water, lit a fire. Shortly, the pregnant woman crawled out of the tent screaming. Other women followed the trail of blood behind her. It seemed she was hemorrhaging and I asked them about her husband. They said he had died in the last attack, the one that had forced us to leave our homes. The pregnant woman was pouring with sweat. The other women gathered around her while I stood back observing the situation to see if they needed me. She gripped her mother’s arm, begging them with her eyes.

One of the women pointed at me. “Dig a hole the height of one and a half men and get a thick branch long enough to rest over the top.”

The guide and I wasted no time in digging. The pregnant woman’s moaning grew more distinct, yet sadder and deeper, and one of the women shouted, “Hurry up or she’s going to die.”

When we had finished, the oldest woman told us to tie a rope to the middle of the branch The other end of the rope was looped around the pregnant woman’s hands, so her body could be suspended inside the hole. It was my first time to see a rope delivery.

Unable to stand, the pregnant woman hemorrhaged blood all over her clothes. Her palms tied together with the rope, I carried her to the hole and lowered her down. The woman who told me to dig the hole also climbed down and sat on the bottom where she undressed the pregnant woman. The other women gathered around the edge to offer encouragement.

The woman in the hole called up to us, “It was a very difficult birth and she is still bleeding.”

Her mother was sobbing loudly, so I went over and stroked her head. “She will be all right. Pray for her.”

“Half of our women bleed to death. She will die,” said her mother.

I didn’t know what to do. My body trembled like a pigeon as our eyes, mine and the women’s, moved to the baby, who moaned softly. She was a tiny girl. Compassion tugging at me, I lifted her in my hands and hugged her as passionately as a real mother who had just given birth. Then I laid her tiny body, newly washed with blood, on a piece of cloth stretched out on the dirt inside the tent. The girl child was long and a native desert-brown color. Minutes passed like centuries, and I wished I could stay with the women inside the tent. Overwhelmed by emotion, I immersed myself in the child. Outside the tent, the new mother continued to bleed. The women tried hard to stop the bleeding with no success. The new mother stared at a point on the horizon where a mirage and false hopes shimmered. Despite the pain, she smiled. She was fifteen years old, her mother told me.

Everyone was distraught except her. Even the leader lost his patience and circled the tent like a millstone. Mute, her earthly body still, the dying woman calmly surrendered her soul to divine salvation and crossed purgatory into the Holy Kingdom. The women loudly mourned her, throwing handfuls of sand over their heads. I mourned too, but with the silence of a Darfurian man already ravaged by disaster that had left him dispossessed of his homeland, robbed of his home, and forced from his village.

Some of the women busied themselves preparing the body, while others ceaselessly wept. Then they noticed that the new-born girl was not moving. A gnarled old woman picked up the motionless child. Largely silent during the trip, she yelled now in a voice bigger than she was, “The child is dead too.”

Everyone drifted along a stream of sadness, their tears falling to the sand before being rapidly absorbed. They wrapped the body of the mother in her own clothes with the baby on her chest. Wailing, we carried the bodies to their last home, lowering them in after praying for them. I could no longer stand as I pushed the dirt into the grave, so I fell to my knees and keened at the edge. The sun had completely vanished, the darkness condensed and hid the expanse of space.

The guide said, “We have to keep marching so we reach the border quickly.”

Huddled together, we walked slowly on. The guide followed the stars, and we used the moonlight to guide our footsteps and keep us safe from the menacing darkness. War had slain the life of the desert, the ancient trees, the hardy thorn bushes that fed the cattle during drought. Everything had gone.

As we fought to resist the aching breath of the desert, the voices of our women mourned the home, the birthplace, they had fled. Everybody was hungry, children and adults alike could not bear it, and we had little food left. When most of the women were unable to keep going, I distributed a handful of dates. Their eyes followed me, speaking the language of misery. Fleeting looks, enough to translate the feelings behind them. Before the hunger could fade, thirst took its place.

We camped and lit a fire to make gruel. Hollowed out by hunger, the women worked steadily until a breathless and horrified voice from the back of the group broke the silence. The leader spun around, tripping over his own feet as he rushed to see what was wrong. I was close behind him.

“Batool!” said the woman standing near a prone body.

“Is she dead?” asked the leader.

Not replying either yes or no, the woman’s eyes overflowed with tears as she stared down at the dirt. There lay Batool on her back, eyes so wide open they were ringed in white. She seemed to be staring at the distant horizon, caught in a futile struggle to see the refugee camp beyond the mirage of the border. Her vacant stare was so strange that fear and horror percolated through me. In her last desperate expression, I saw dignity savaged by the loss of land, farm and home. She gazed at the heavens, at lost hope. Her hands clasped the sand where we buried her in a moment charged with fear and reverence. When the funeral was done, we laid a big stone on her grave.

The leader sat on a low mound staring into the vastness. “My son, most of the sand you see was once spanned by villages. Hundreds of families flourished here.” He sighed deeply and continued, “Now they’ve dissolved into nothing, forever a part of the desert.”

The leader withdrew into the darkness, and I followed him. We sat together under a sky free of clouds as the desert sank into darkness. In the face of the impenetrable silence, nothing could be heard except the sound of faith in Allah the Almighty, silent in His glory.

After midnight and before dawn, the voice calling to the journey summoned us to resume marching across purgatory till we reached salvation.

The story is now added to your reading wish list. All the stories you want to read are waiting for you in your new personal area
try it
3
Ziad Khadash