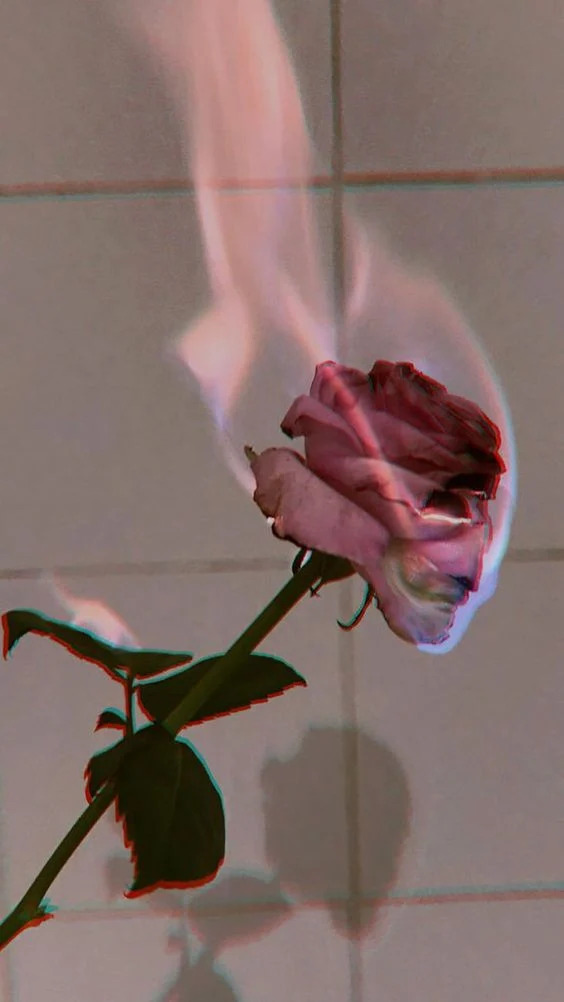 The door of the bus opened. From her seat, Elena watched the passengers climb in.

“Where does he think all those people are going to go?” she asked her daughter, who was sitting next to the window.

Jesi was nodding her head, her black hair with blue highlights bouncing along with the music on her Walkman. Elena sighed and looked through the glass at some unspecified point in the street.

“Does the driver think he’s got cattle back here?” someone said. The shrill voice attracted Elena’s attention. She had been thinking about how much money Jesi spent on cassettes. Looking up, she saw a pregnant woman getting on. She elbowed her daughter.

Jesi pulled the earphones out of her ears.

Elena nodded at the pregnant woman. “Give the lady your seat.”

Jesi stared at her mother, her eyes wide.

“Are you crazy, ma? You want me squashed up against all those people in this skirt?”

Elena sized up her discreet pleated trousers, comparing them to Jesi’s mini-skirt. With a sigh of defeat, she reached for the handrail to pull herself up.

“You’ve always got some excuse, haven’t you?” she said.

“That’s just how it is, ma,” Jesi replied. “They don’t pay attention to old women,” she added in a bright, friendly tone.

Elena looked at Jesi. She saw her put the earphones back in her ears, immediately forgetting what she’d said, before turning back to the window.

Elena looked forward. She saw the pregnant woman trying to squeeze up next to the rail. She waved for her to come over. As the woman tried to make her way through the mass of people, she cursed the general opprobrium that would have resulted had she given Jesi’s tanned cheek a hearty slap.

“Thank you,” said the pregnant woman.

“You’re welcome,” Elena answered with a smile that concealed her discomfort at finding herself pinned back by an eight-month belly. The pregnant woman sat down in the seat with a sigh. Jesi didn’t even notice. Elena tried to spread her feet a little so she could get better balance during the bus’s lurching movements.

“Spoilt brat,” said a woman to her left.

Elena recognized the shrill voice she’d heard before and pretended not to hear. Someone questioning my parenting skills; that’s all I need, she thought. She looked at Jesi angrily. From above, her daughter’s breasts looked larger and perkier. She wondered where that body had come from. No wonder those morons are fighting over her, she thought, remembering the persistent phone calls from two of Jesi’s schoolmates. She thought she was a goddess. What that girl needed was to be put in her place. She was only fourteen after all. When she was her age, Elena had been pretty too, and not just pretty. Most of all she had been rebellious. She had been a thinker. A big thinker. But she put up with the slaps without complaint. It was hardly another century. The sixties to the nineties. It wasn’t even… she interrupted herself. Thirty years? Had it really been thirty years since she was fourteen? She remembered Jagger’s wrinkled skin on TV last month. She felt bad. Was it the heat, the stink of all those people pressed together, or was she about to faint? How old was Jagger now? As she used her sandal to block the advance of the person next to her (the woman with the shrill voice, probably) she tried to do sums. Jagger must have been about twenty when they took the photo of him kissing the microphone for the poster in Pelo magazine. She saw herself sticking up the poster with pins thrust into the shiny wood of her new wardrobe. Keith Richards in his tight velvet trousers. She loved the way they rucked up around his groin. But that was nothing compared to Jagger’s huge mouth. What a wonderful time. Paint it Black playing loudly on the record player and her bedroom door opening. Her mother grabbing hold of her head in front of the wardrobe. Waving her arms like a crazy woman. Poor old woman. Jesi needed to feel a heavy hand like that on her cheek. But had it really been thirty years? Her thoughts were interrupted by firm pressure on her back. Either she had to move a little to the side to make way for this importunate body apparently trying to make more room for itself, or she had to squeeze up against the pregnant woman. She decided to push against the woman to her left. She had no choice but to look at her. The first thing she saw was the damp little moustache, with runnels of sweat running down on either side. The woman was older than her and gave her a nasty look. Elena didn’t want to know how much older she was exactly. Certainly not thirty years. While she tried to accept that thirty years had passed since she was fourteen, since that camp in Gessell, she pushed against the woman to ease the pressure on her back.

“The kid should have got up,” said the woman.

Elena tried to smile to show she didn’t mind, but then she thought that it might seem apologetic. Or ashamed, to be more accurate. She tried to remember her pride at having slept under the pine trees in Gessell. Fourteen years old, so brave. She looked behind her, angry now, determined to reclaim her tiny space.

A boy with long, dyed-blonde hair smiled at her. You have lovely eyes, Elena thought.

“You’re pushing me,” she said, noticing that her voice didn’t quite sound plaintive. It was gentle, almost intimate.

“So sorry. I’m being pushed as well.”

Elena turned her back on him. She was stunned. The guy had been almost flirtatious. So sorry, he’d said. What a gentle voice had emerged from that half-open mouth. A dark complexion with honey eyes. So sorry. The thought of his lips turned her on. She closed her eyes. An insistent elbow at her left hip brought her back to reality. She looked at the old woman. Now she saw that the age gap between them was, in fact, quite significant. The woman had a quizzical expression on her face.

“Is he bothering you?”

“The guy behind you.”

Elena shook her head in amusement. “No.” She looked back over her shoulder.

The guy winked at her.

God he was sexy. She gave the old woman a quick smile. She was blushing and it wasn’t from the heat. A second later she felt something gently brushing against her trousers, as though looking for a response. She couldn’t avoid it. Or she didn’t want to. Feeling suffocated, she looked at Jesi. Now her head movements, entirely oblivious to reality, seemed utterly innocent. She thought with delight about a hypothetical, impossible conversation once they’d got off the bus: Jesi, amazed, open-mouthed, unable to believe her ears: So they don’t pay attention to old women? she was saying. But no. Better to make the whole thing a secret. The pines here will keep our secret forever, her first love had written in Gessell. Forty-something and you’ve still got it, Elenita, she told herself proudly as she leaned back a little to increase the pressure on her buttocks. She thought she could feel the guy’s hot breath on her neck. She was sighing. Her nipples hardened. She sensed an annoying gaze to her left. The old woman knew what was going on. It was her fault for poking her nose where it wasn’t wanted. The pregnant woman started to fan herself with her hand. Elena was sweating, but it wasn’t just because of the heat. She thought that if she fainted, she’d collapse into the guy’s arms. A movement from Jesi put her on guard. She was flipping the cassette. She saw Jesi adjust the volume and look at her. What did that expression with the raised eyebrows mean? Jesi tilted her head, asking if she was OK. Elena wondered if her face was redolent with the wellbeing she saw in the mirror on Sundays when she looked at herself naked after a snatched moment of romance. She smiled to reassure her, trying to show that she was still there. Jesi looked back out the window. Elena concentrated on what was going on behind her. Was it possible that a young guy was pleasuring himself with her like this? She just had to conceal the enjoyment and the surreptitious movements against each other. She’d never, ever tell Jesi what they really do with old women. She raised both arms to grab the handle dangling from the ceiling, wrists together in a submissive pose just for him, closed her eyes and heard Jagger’s voice in Brown Sugar…

When she heard cursing from the back of the bus, she opened her eyes. The pressure against her body was gone and the old woman’s elbow was digging into her ribs. Elena heard murmuring all around her. She looked towards the door. He was getting off the bus.

“The zip is open,” the pregnant women pointed out.

Elena shoved her hand in her bag. Her wallet was gone.

The shrill voice grew louder in its satisfaction:

“See? What did I tell you? They take advantage…”

Elena looked at the old woman. She gently closed her bag.