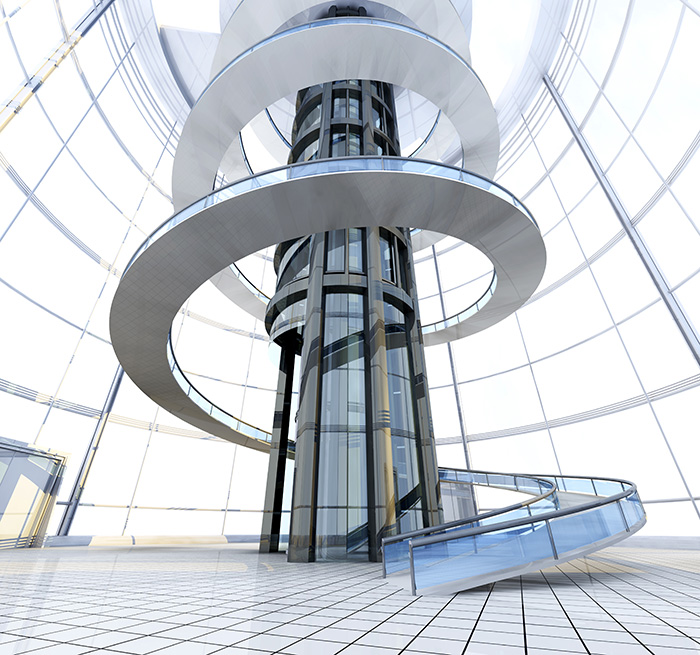 You wanted me a slave bought and sold

You wanted me in despair joyless. From the poem “Absent” by Palestinian poet Rashid Hussein.

The distance between one floor and another was months and years. Sometimes the lift was crowded. Sometimes it was empty. Another lift might pass with people going down, but everyone was trying to go up, or convince themselves that they really had ascended. I would have fits of laughter when from my place on high I saw the fraudulent indulgences in the hands of the obsessed down below. It was tragic that they did not perceive the existence of the lift in the first place. So many faces, all looking only for what pleased them. Things and people always change, but the indulgences remain the same. I watched each fight the others to make them pleased with what was pleasing him! Everybody seemed content with their own chance delusion, and fought for it. How could such people have invented Him and striven for Him? I cracked up with laughter when I noticed disciples of the bearers of fraudulent indulgences. They imagined that through their intercession they would ascend. Absurd! Utter madness!

“Part of you is still there,” said my companion who had just appeared as he pointed down below. It appeared I had crossed the forbidden zone.

“Perhaps it is you who is not here.”

He leaned against the metal wall behind him. A gaze as deep as the years was etched in his eyes.

“I have been here since before time and space.”

“They created Him and He was created, my friend. What’s with the black?”

As if only then noticing that he was dressed in black, he looked at me, his eyes thinking. He did not answer, but his eyes, to say that is hubris, malevolence.

The lift picked up speed. In fact, it vanished when it exceeded the speed of light. My cells were obliterated. Madness and nothingness encompassed me. Everything was calm. There was no quality of silence to silence that I might describe it.

The number 6 lit up before me. I contemplated it for a moment and burst out laughing. He was almost marked with anger, and I deliberately laughed more. “One more left.”

He came slowly towards me, fixing the essence of his being in a stare: “That will not come to pass if I am with you.”

Casual and sarcastic, I asked, “Perhaps if you kept going, you would get through?”

“How did it escape Him to leave you and those like you?”

“Many things have escaped him, my friend. Now get out of my senses.” And he went.

The lift did not move, but the number 7 suddenly appeared and the door opened. I stepped forward.

I had reached my furthest point in Heaven.

In nowhere the expanse stretches to the non-horizon. All is white, no end to the white marble and pillars, although they support nothing. White here is a process: He is so it became to be. It bears me to what I am certain is the encounter with Him.

An oval office of mythic proportions. A gigantic desk as expansive as what is behind it, vast in size and appearance, but only four books on top of it! I saw the one seated behind the desk, ensconced on His throne, and He was smiling.

Everything about Him was white too. His countenance created emotions made tangible. His actions gave rise to the attributes, but no attribute surrounded him. I drew closer, a stone’s throw or less.

“My knowledge of an action does not predetermine anyone to do it.”

I wasn’t listening, but resumed contemplating the place. I couldn’t avert my gaze from Him. Meekly, I took in his countenance. I composed myself and said, “Are those the only books here? Do you have a book about Lincoln?”

Anger marked His countenance. I continued defiantly, “He did something that You have not done. He ended human slavery.”

“Of course,” I said sarcastically, “I’ll ask no questions so as to do no wrong.” I looked at the hands of my watch. It was working fine and I pretended to be busy with it. “This watch has been working perfectly for ten years. A skilled watchmaker made it, but he’s no longer concerned about how it runs. It just works by itself. I thought it wouldn’t work here. But in fact, time passes unconcerned.”

“You come as a supplicant. Ask and I will answer.”

“In the past you did… many things. What I want is a tiny proportion of what has been achieved. It will not change whether I ask you or not. Incredibly, the result would be the same if I entreated my pillow. I have discovered that I must act, not ask.”

His countenance froze into a look of terrifying anger and He was fixed motionless before me.

A glass barrier seemed to enwrap the place. The clouds and the vast expanse were visible behind it. People floating and joyously becoming one with the clouds appeared behind it. I stared into His eyes. Inside I longed that He would know my wish to float away from Him with the others floating outside.