The Spider in the Jar 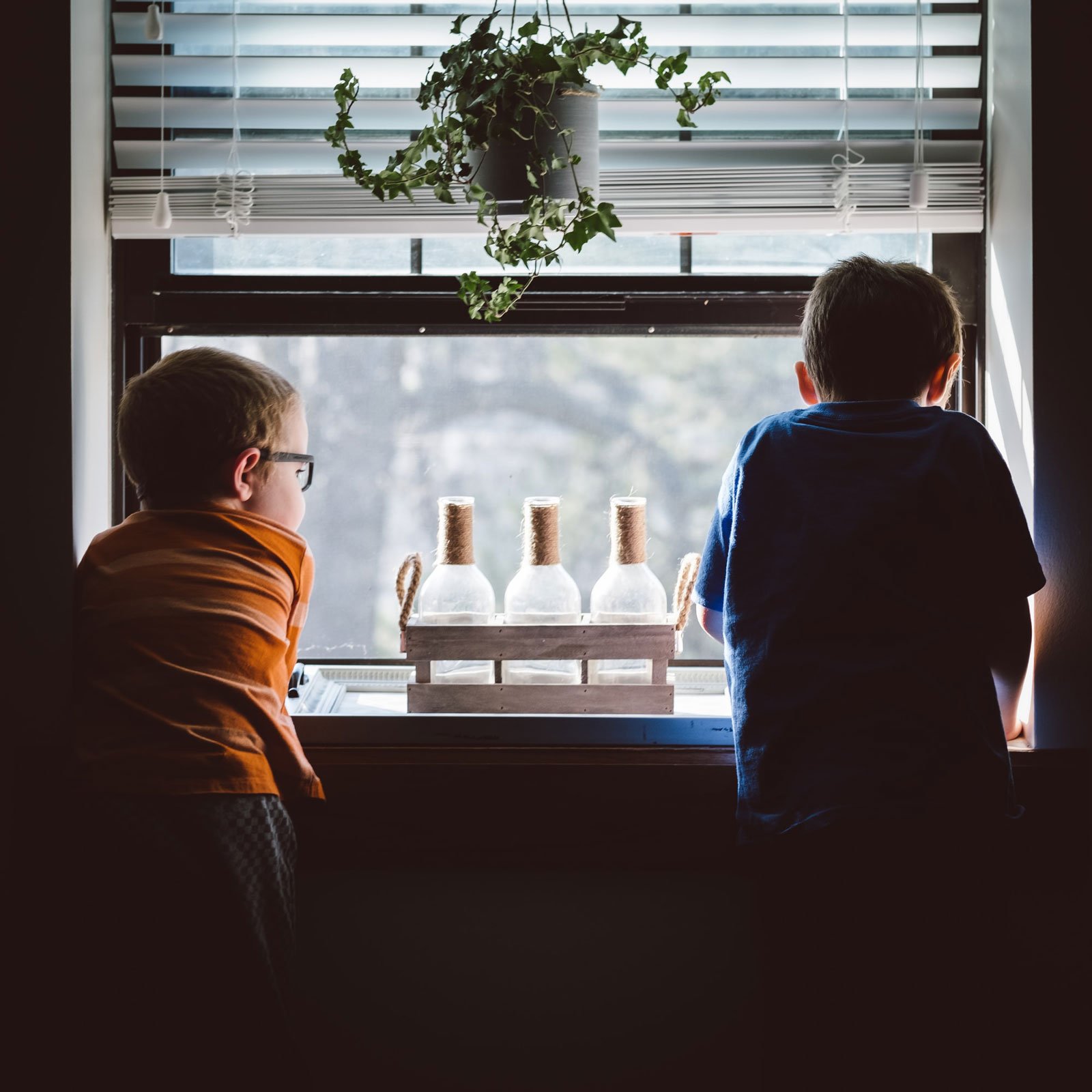 The Spider in the Jar

Théodora Armstrong’s debut story collection, “Clear Skies, No Wind,100% Visibility”, startled, amazed, and delighted all of us at House of Anansi when we first read the manuscript submission. All of the stories in this book take the reader into the heart of domestic dramas, large and small, with an exacting and vivid prose style. No story shows her abilities more acutely than “The Spider in the Jar.” Written from the perspective of Henry, the middle child in a family of three boys, Armstrong paints the emotional world of a young boy eager for the attention and approval of his older brother and his older brother’s friends. As you become engrossed in the tale, you step into Henry’s shoes and somehow you know exactly what it is like to be Henry.You hold your breath as he brings himself — and all those around him — into perilous situations in his desperate desire for acceptance and approval. As novelist Steven Galloway (author of The Cellist of Sarajevo) said of Armstrong’s work,“The stories in this collection are a rare phenomenon, capable of taking the reader to places so familiar one forgets they’ve never been there. The writing is crisp, taut, and evocative, and each story has a separate pleasure to give.”
We really feel that Armstrong is a talent to be reckoned with and we eagerly anticipate what she’ll do next.

After collecting the beer bottles from the bunkhouses at the sawmill, the brothers headed into the forest behind their house to eat wild blackberries, until their bellies were rotten with them and their fingertips were stained purple.

“Lookit.” Ben crouched on one knee, shaped his hand into a gun and took aim at a sparrow perched on a branch. “Bam!” The bird took flight through the trees. When the boys were in the forest, Ben spent a lot of time talking about BB guns.

“Don’t scare them,” Henry said. Their Mama kept three birdcages in the kitchen — one with finches, one with budgies and one with an African Grey — and Henry liked to stick a finger through the cages to rub their bellies or feel the curt jabs from their beaks. Every morning, it seemed to Henry, they tried to escape. At first light, he could hear them flapping around, screeching and knocking against the metal cages. By lunch they quieted, and by evening they slept. There was always a racket in the kitchen in the morning with the birds and the coffee machine and the brothers.

“It’s not real,” Ben said. He stood right in front of Henry and aimed his weapon at Henry’s black eye. “Bang!”

Henry flinched then looked away.

“Pantywaist,” Ben said. It was what their father called men he didn’t respect. Whenever Henry heard the word he thought of their mother’s underwear, the caramel-coloured ones that reached up past the belly button. Ben picked up two sticks and twirled them between his fingers like nunchucks, spinning his legs around with circular kicks. He pointed a stick at Henry’s swollen eye. “Does it still hurt?” It was the first time Ben said anything about it.

“No,” Henry lied. The area around the eye was a deep shade of purple, and this morning when Henry looked in the mirror and pried open the lid, there was a bloody spiderweb across his cornea. That day Ben had stood on the other side of the school’s chain-link fence, watching as the boys yelled faggot and chased Henry across the field toward the trees. Henry thought there would be lots of places to hide in the forest. Part of him had believed that once he hit the treeline, he would disappear or swoop high up into the branches of the evergreens like a winged creature.

“It’s this way,” Ben said when they reached a fork in the path. They were looking for a cave they found yesterday, past the clearing and past the creek. Henry wasn’t allowed to cross the water because he wasn’t a strong swimmer, but Ben had a way of making him do things, like sticking six peanuts up his nose. Henry had snorted most of them out, but he had to go to the emergency clinic for the last two.

This time they had matches with them, pilfered from the glove compartment of their mother’s car. The cave had been pitch black and Henry had ripped his favorite T-shirt scrambling from it after Ben let out a scream that made his eardrums go fuzzy. Ben was only teasing him, but in the total darkness of the cave Henry had imagined a bear’s coarse fur brushing against his cheek.

The creek came into view now, twisting through trees dripping with moss, and Ben ran ahead, wading through the water and coming out the other side soaking wet. He took off his shirt, wringing it out before putting it back on, smoothing the wrinkled cotton over his chest. “We need a torch,” he shouted across the water, picking up bits of dried grass and twigs from the ground. Henry scanned the length of the creek, trying to find a safe place to cross. The water was deep in parts, swirling gently where the rocks created whirlpools. Henry crossed along a line of large boulders, taking his steps carefully on the slimy green rocks. He tried not to think about being swept into the water and dragged all the way to the ocean. Every summer on their first day at the lake, their father would check his wristwatch and time Ben as he swam the length of the shore. He’d compare the result to last year’s time and then enter the numbers in a small booklet that fit in his shirt pocket. Henry would stand on the shore and watch, leaning against their father’s leg and letting his body go limp, his limbs hanging as though he were sick or very tired. When Ben came to shore, their father would pull out a stub of pencil for recording and give him claps on the back as Henry shrugged off the water drops that fell on him.

By the time Henry reached the entrance to the cave, Ben was on his hands and knees, already half inside, the unlit torch under one arm. Henry rushed to follow behind him, accidently bumping into his behind. “Give me some room, would ya?” Ben said, kicking at him. One of his kicks got Henry on the nose, making him sneeze and sending a spasm of pain through his eye.

The tunnel leading into the cave was narrow and as they crawled through, their bodies sealed off any light from outside.

“What about bears?” Henry said, feeling phantom bristles along his skin.

“The hole’s too small, dummy.” Ben’s voice was muffled.

The damp rock hugged the brothers as they squeezed blindly through the passageway, and then all of a sudden the cold walls were gone. The air became verdant, cool and wide. Henry reached out into the dark space and felt nothing. They sat silently in the void for a minute, close together, their knees touching. Henry tried to quiet his breathing so it sounded normal — the cave exaggerated every small noise. Ben lit a match, the delicate glow flickering, barely lighting the small circle between them. He held the match to the torch and the flame stirred before fizzling out. He lit a second match and the torch ignited, flaring brightly and filling the space with a smoke that smelled of burning hay.

“Holy crap.” Ben’s face warped in the fire’s weird light as he stood and swung the torch around. “This is awesome.”

The cave was almost a perfect circle of smooth rock walls with a dusty, pit-marked floor.

“Awesome,” Henry said, but the knot in his stomach was still there as he watched the sharp shadows move across Ben’s face.

A couple metres away from the brothers, something fell from the ceiling and landed near their feet. They stepped closer, peering down at the dark lump before looking up to find a black quivering carpet above them. Before Henry’s brain could make sense of the sight, Ben dropped the torch and darted out of the cave. In the now-total darkness, the impression hit Henry like a knee to the stomach — the cave’s ceiling was thick with large black spiders. Henry scampered back through the tunnel, but no light appeared before him. For a second, he wondered if he’d gotten turned around and was actually going deeper into the cave. His arms shook as he clawed at the darkness, trying to get his bearings. He hit something soft, reached out, and felt the stiff fabric of Ben’s jean jacket, his bony shoulder blades. Henry pushed at his brother’s back, but Ben had dug in his heels, sealing the exit with his own body. Henry’s throat tightened and from him came a strangled moan — an animal-like noise. “Benny, let me out.” Henry’s entire body trembled now, tears streaming down his cheeks. “Please.” His screams became frantic shrieks, echoing around the cave until they no longer seemed like his own. He thrashed around like one of the caged birds at daybreak. And then, all of a sudden, everything gave way — light poured around Henry’s body and he burst from the tunnel’s mouth, sprawling in the dirt, arms flailing over his body.

“There’s nothing there,” Ben said, doubled over, laughing so hard he was crying. He wiped at the tears streaking his cheeks, his dirty hands leaving behind bands of warrior dirt across his face. Even though Henry knew he was unharmed, he couldn’t stop screaming, his eyes wild and wide to the forest around them. Ben grabbed his shoulders and shook him.

*”The Spider in the Jar” from “Clear Skies, No Wind, 100% Visibility”, Copyright © 2013, Théodora Armstrong, Reprinted with Permission of House of Anansi Press Inc. Canada.