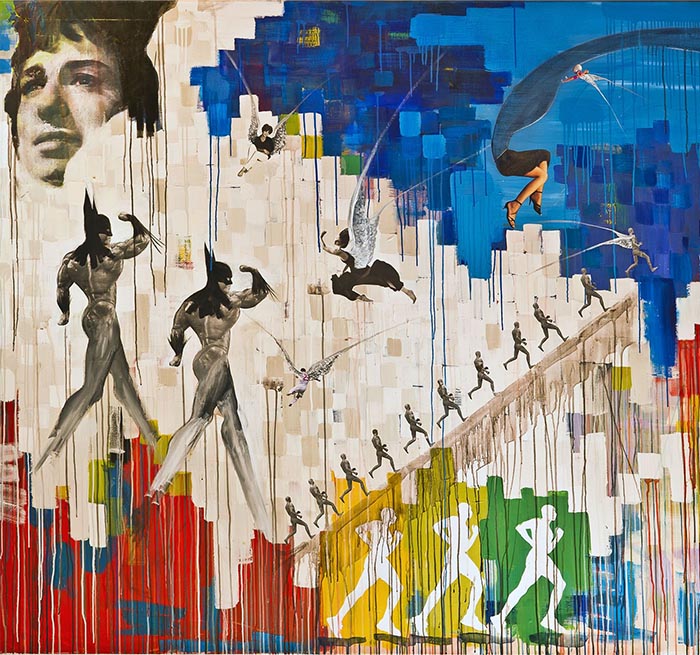 Abdul Aal was a tall, dark-skinned plain-clothes policeman. On the back of his right hand he had an open-mouthed fish with a cleft tail and a spot on its eye.

Abdul Aal was a detective. Even so, he had children and a wife who harped at him some of the time, and who was content with him the rest. Sometimes he swore he was going to divorce her, but only rarely did he carry out his threat.

Abdul Al had a salary of ten Egyptian pounds a month, including all the bonuses he’d received, or not received.

Abdul Aal was really happy to be a detective. When he got on the bus and the conductor passed by, he would say, “Police.” He felt important when he said, “Police,” and when people stared over at him and saluted him with their eyes.

Like everybody else, Abdul Aal dreamed of the future. But he didn’t dream of ordinary things, like becoming an officer or an assistant chief of police. In fact, he dreamed of being Minister of the Interior. Really?! you say. Imagine somebody waking up one morning and finding himself a government minister with a car and a doorman, and with at least one military official with two stripes on his shoulder guarding his front entrance. But it could happen with the greatest of ease! Something like that wouldn’t be hard for God! After all, the One who created the heavens and the earth out of nothing, wouldn’t He be able to create a minister out of a policeman? Besides, why wouldn’t God make a minister out of him when he was the only one among his friends who knew how to read and write properly? Sometimes he would use English words that were gibberish to them. He devoured the newspapers. He even knew about Korea, and could pronounce the name Hammarskjöld correctly.

Some time ago Abdul Aal underwent an interrogation. After taking part in a raid of sorts, he’d received the items that had been confiscated and had signed for them. A few days later, the exhibits were inventoried, and one of them turned up missing. They brought Abdul Aal in and questioned him, but he denied knowing anything about it. They pressed him with questions and got rough with him until he started stammering. Suspicious of him, the officer threatened to conduct a search. Abdul Aal could see from the look in the officer’s eyes that he really did intend to search him. So, reaching into his pocket, he brought out the missing exhibit. The material evidence for the case, it was a masterfully forged check in the amount of one hundred thousand Egyptian pounds.

Surprised, the officer opened a report and started asking more questions. When he got to the question, “Why did you keep the forged check with you?” Abdul Aal couldn’t come up with a clear reason. He muttered and mumbled and said a lot of nonsensical things that didn’t convince the officer, and that he himself wasn’t convinced of. At the end of the day, Abdul Aal left the department exhausted and done in. Half his pay had been docked, he’d been transferred out of the investigations section, and he’d been warned of possible dismissal. He came home sad and resentful. But at the same time, deep down he felt a flush of happiness and satisfaction. Nobody had figured out that he’d kept the forged check in order to make a photocopy of it, which had cost him a lot. He’d paid fifteen piasters for it.

With the passing of that day and the days thereafter, Abdul Aal’s sadness and resentment faded, but the photocopy of the forged check remained.

To this day, Abdul Aal’s happiest moments are the ones when he escapes the throng and goes off by himself. Once he’s sure he’s out of sight, he ever so carefully gets out his wallet. Then, out of a special pocket, he pulls the copy of the check. When he sees the bank’s logo and the printed letters, his ears thunder and his limbs tingle. Then he runs his fingers lovingly over the timeless statement: “Pay to the bearer of this document one hundred thousand Egyptian pounds only.”

He goes on staring at the check until the storms in his belly subside. Then he folds it up delicately and, sighing as though he’d just finished a confession or a prayer, he slips it back into its designated pocket in the wallet. Making his way slowly back to the crowds, he returns to being a tall, dark-skinned policeman, on the back of his right hand an open-mouthed fish with a cleft tail and a spot on its eye.