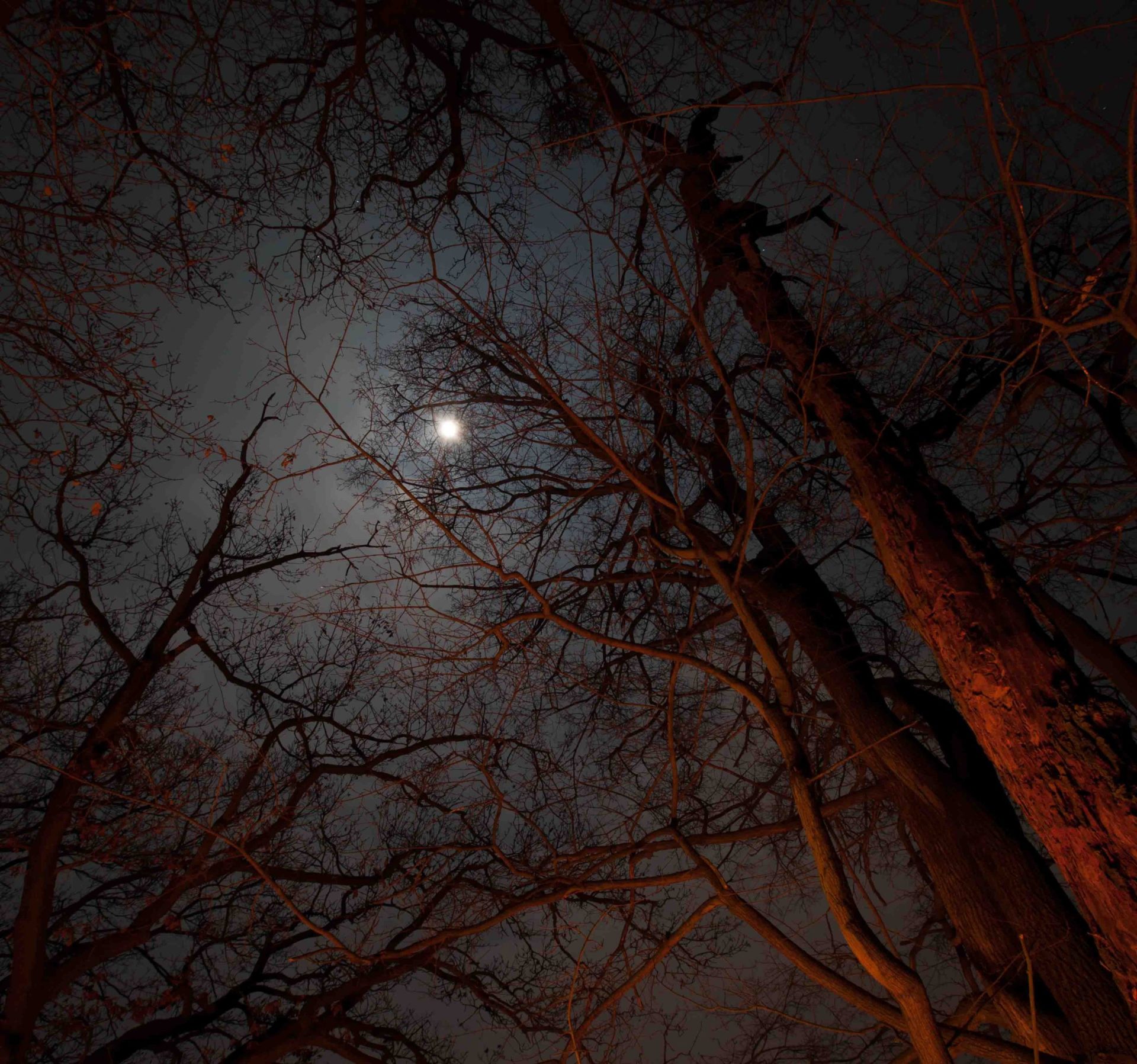 I learned of the character of drugs and the nature of poisons from an alchemist – an Arab alchemist from the outskirts of Baghdad who had come to work as a physician in the palace of one of Van’s magistrates. This alchemist guided me to the knowledge of every herb from which lethal poison could be extracted.

He opened every sealed door to me and revealed all the secrets of alchemy, except how to mix mercury and lead! Since the dawn of time, it has been the alchemists’ practice never to reveal that secret nor that of converting base metal into gold. In the end, however, and before I had fully satisfied my thirst for knowledge, that Arab alchemist swore by the mausoleum of Sheikh Abdel Qadir Jilani that the amalgam of mercury and lead was a pure lie. They could never be blended, he said, and one who did so would reign over East and West.

The tale of my mother’s slaughter and what followed

My father – known by the name of Berzine Alchakordi – killed my mother in front of my eyes when I was a ten-year-old child. A dagger in his hand, he was bellowing like a bull: “Whore! You have defiled my honour!”

I didn’t understand what was going on nor why my father was so enraged. I was crammed in a corner of our small house, hiding behind the curtain and slyly peeping at their quarrel. I didn’t think my father would kill my beautiful young mother. Yet my thoughts were killed when my mother was killed. My father was still raging and holding my mother’s severed head when I escaped. I ran and ran, not looking back, until dusk; the sun sinking behind the mountains seemed like a severed head. I haven’t met my father again since. I thought he would kill me too if he saw me.

In a city about thirty or forty parasangs away, I fell into the hands of a gang of bandits and hashish fiends. I became the boy in whose inkwell they dipped their nibs to inscribe their lusts on my back. I suffered greatly to begin with, but got used to it after so many times and started to take some pleasure.

I was attractive and handsome, nicely plump and with glossy flesh. I feared the men and I wanted them to protect me. The cost of sheltering me and shattering the jar of fears in which I cowered was for them to quench their burning lust inside my body. Then I started wanting it, and if there was no one there to do it with, I would roam the alleys and proposition dervishes. They recognized boys like me and seized the first opportunity, throwing their beggar’s bags behind a rock and inviting me to follow them down into the valley. Once a dervish saw my smooth naked body, he would exalt, stuff his long beard in his mouth, and push his plough through my furrow.

I grew up like that, surrounded by bandits and hashish addicts in the village, and I started frequenting inns. Isolated inns far from the cities were a den for homosexuals, fornicators, merchants, Mullahs, students of jurisprudence, and every no-good sort. From the first glance I could pick out those who liked boys; their looks, their way of staring at the boys’ buttocks, the glint in the eyes, the spittle in the corners of the mouth…all that revealed they were sodomites.

One summer I was on my way to Diyarbakir. I had crossed the Mourad river and was welcomed by the Mouch plain. It was nightfall and I was exhausted, so dozy the drowsiness of a whole city was attacking my eyes. I couldn’t shake off the sleepiness no matter what I did. True, I was wearing my dagger tucked below my belt, but thieves on the road are many. I had to have a rest and get a little sleep. That night was gloomy and dark except for someone’s fire to which I was strongly attracted. All the fear of sinners and robbers filling my heart dissolved like a pinch of salt and the fire drew me like a magnet.

In short, I approached the fire and glimpsed the ruins of an inn, but nobody was by the fire. I recited some verses, thinking it was probably the work of the jinn or spirits. Fear gripped me and I thought of leaving that place, when I heard a clattering from the ruined inn followed by a human voice shouting, “Who’s there, is it human or jinn?”

He sounded no less afraid than me, and my fear vanished. “I’m human like you.” I called out. “A traveller on the road.” I headed towards the ruins of the inn, leaving the dying fire behind me. I and that man could barely see each other as it was pitch dark inside the inn except for the light of some stars and that almost dead fire.

No longer feeling afraid, the urge to sleep assailed me again. Without even letting the man ask my name and origin, I said, “I’m going to faint from lack of sleep. I’ve been walking a whole half day and I’m exhausted. Do you mind if I spend the night here?”

“Ace! And why, young man, would I mind? The inn is deserted and not my property. God has blessed me and sent you this night. I would have found the place desolate all on my own.”

He then withdrew into a corner, took off his shoes, and put them under his head. The handle of his dagger gleamed in the pale light . I desired him, so I went and lay down next to him. I took off my shoes and rested my head on them like him.

After an hour, I felt his hand running over my body, stroking every part of it. I kept calm and the man went further and caressed one curvaceous buttock. When he saw I was quiescent and did not object he fumbled for the drawstring of my trousers and hurriedly untied the knot. From behind, my hand fell on his hot cock, stiff as a tent peg! Aroused by flames of lust, I took off my trousers. Everything happened under the cloak of darkness and silence. Sexual pleasure heightens when one is half-asleep, so I kept my eyes shut while the man, whose face I still hadn’t seen, pulled me close and banged in his tent peg with consummate skill.

I had spent hundreds of nights like that one, but I had never met a man with such a thirst for sex. As soon as he finished with me, he turned on to his back, fell asleep, and started to snore.

Out of the eastern window I spied the full moon. I’d been afraid of the moon since infancy, and didn’t dare look too long at it. My mother would say: “One who looks too long at the moon or in the mirror will go mad!”

I put on my trousers, tying them tightly around my waist, and got up to cast an eye outside. I turned towards him and looked carefully at his face, then I started screaming at the top of my lungs.

That man was my father. His beard had gone white a little, but his face was as I remembered it: round with a flat nose and thick eyebrows.

Startled by such a high-pitched scream, he jumped to his feet in panic, fumbling for the handle of his dagger. When he saw me straight on he said in a shaky voice, “Who are you?”

I pulled out my dagger and leaned against the window. I saw sparks of death fly from his eyes and reflect in the glow of the moon. It was him, definitely him, with his frame, his voice, his stature. It was my father!

For a while I was dumbstruck then I said, “It’s better not to recognize me.”

But he replied with a voice that could split granite: “Who are you, boy? Come on tell me your name and your clan!”

I stepped forward and said, “I am your son. I am Yaouz. Yaouz, whose mother you slaughtered before his eyes. I am your son who, because of you, has spent his life wandering in the wilderness! Your son who…”

He didn’t let me finish and, like a wild boar, attacked me with his dagger as he said, “Son of that whore, you’re still alive! I spent ten years looking for you.”

He stabbed me in the face, but when I lunged at him, he ducked and stepped back, and the blow went wide. He attacked again, repeatedly stabbing me in the face. I stabbed him in the neck and we exchanged thrusts until I killed him. I was drained, exhausted, by multiple cuts to the face. My lips were slit. One final blow had reached my chest without penetrating deep. Although none of my wounds were serious, I slipped into unconsciousness and remained sprawled in that deserted inn.

*An excerpt from the novel Mirnameh ­– Poet and Prince by